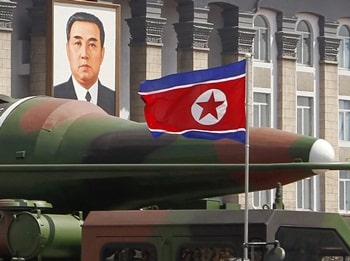 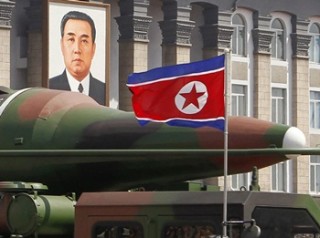 Politician after politician take the podium and public spotlight to speak out against Iran acquiring nuclear weapons. They spew out their Israel-phile sabre rattling rhetoric as if Iran was actually building a nuclear weapon.

Here are some facts related to Iran’s nuclear program as reported by Time: “Iran’s current enrichment efforts remain under scrutiny by the IAEA, whose inspectors certify that no material has been diverted for any possible covert military program. And any move to break out and build a weapon would be obvious, first and foremost, by the need to enrich uranium to anything above the levels required for Iran’s peaceful purposes – less than 4% for reactor fuel; 20% for the Tehran reactor that produces medical isotopes. And on the latter, the stockpile would necessarily be limited – an issue that will be a focus in negotiations that look set to resume in the coming months. Weapons-grade uranium must be enriched to above 90%.”

Communist North Korea’s ICBM can travel 6,200 miles which means it can hit the mainland of the United States. And it can carry a payload of 225 – 275 pounds to the US which could be composed of a nuclear weapon which they actually possess or a chemical weapon which they actually possess. Even though this is a clear threat to the United States, US politicians are focused on protecting the Jewish state of Israel from Iran’s nonexistent nuclear weapons.

The US politicians of both parties are bought and paid for by the powerful Israel lobby. This is why they sent US troops to eliminate Saddam Hussein in 2003 (which resulted in the deaths of an estimated 1.2 million people) and why they are now pushing to do the same thing with Iran. The lie the politicians told the American public and the world as to why they were starting a war against Iraq was that Iraq was building nuclear weapons (they’re keeping to the same war-mongering neoconservative script in regards to Iran). The truth was that Saddam Hussein was paying the families of Palestinian suicide bombers who attacked Israel $25,000.00. And this was getting in the way of Israel’s plans for a Greater Israel of biblical proportions. Of course the US politicians couldn’t openly say they wanted a US war against Iraq for this reason. That’s why they pushed the lie that Iraq was building nuclear weapons and that Saddam was allowing al Qaeda to operate inside Iraq.

The current war in Afghanistan coupled with the cost of the Iraq war is quickly approaching $1.5 TRILLION which Americans are saddled with paying for through taxes and the cutting back on services! A new war against Iran for Israel’s benefit and for the benefit of the spineless and soulless US politicians who serve Israel and its lobby will completely financially devastate the US economy and the American people.

America’s roots go back to the Deistic document the Declaration of Independence. The American founders were so sincere in their desire for a better world that they built right into the Declaration of Independence a call to end any corrupt government which does not serve the interests of the people through revolution, including their own. The Declaration instructs us with “That whenever any Form of Government becomes destructive of these ends, it is the Right of the People to alter or to abolish it, and to institute new Government, laying its foundation on such principles and organizing its powers in such form, as to them shall seem most likely to effect their Safety and Happiness. Prudence, indeed, will dictate that Governments long established should not be changed for light and transient causes; and accordingly all experience hath shewn, that mankind are more disposed to suffer, while evils are sufferable, than to right themselves by abolishing the forms to which they are accustomed. But when a long train of abuses and usurpations, pursuing invariably the same Object evinces a design to reduce them under absolute Despotism, it is their right, it is their duty, to throw off such Government, and to provide new Guards for their future security.”