2. The Federal Reserve Bank is a foreign-owned private central bank which creates imaginary, fiat money out of thin air only, is no more federal than Federal Express shipping company, has no reserves, and is basically an unconstitutional “sleight of hand” fraud operation which charges American citizens interest illegally to use what should be their own money.

Its twelve stockholder/owners are kept secret.  the federal reserve Act was supposedly passed to prevent depressions but has been used to create them on behalf of the Ruling cabal so that they can pick up more assets at huge discounts. This fraudulent system generates mass debt slavery through pernicious usury, considered by the Muslims to be a very great sin and used to also be considered the same by the Catholic faith.

The creation of the Federal Reserve Bank in 1913 is one of the greatest frauds in history and was actually “stealth legislation” passed without a true quorum, right before Christmas break when few Congress-persons were present. The Internet has been exposing this “big lie” in spades and more and more Americans are catching on and hopping mad because they are realizing for the first time that this illegal Central Banking has allowed the Ruling cabal to steal their hard-earned income and asset strip the wealth of everyday citizens as well as America the Republic.

3. The Internal Revenue Service is incorporated in Puerto Rico and is the private collection agency for the Federal Reserve Bank. It too is completely illegal but is able to steal the taxpayer’s money by use of brute power, a hijacked and compromised justice system and brutal police state style “boot in your face” power. Obama’s Affordable Health Care was designed by top Cabal members who control the insurance industry as a means to bring all taxpayers and citizens together under the massive daily control of the IRS who are designated to be the enforcers of Obama care and will have access to everyone’s bank accounts and can size assets at will even if in error.

And of course, there is a somewhat recent “smoking gun” letter from a certain Midwest senator that instructed the IRS to get real tough with Tea Party groups which will probably be released to the public sooner than later and could easily prevent any re-election of that individual.

4. All wars are pre-arranged by this secret Ruling Cabal which is best defined as the circle of top world Banksters and industrialists run out of the City of London Financial District, a separate country like the Vatican with its own ambassadors and police. These folks claim to be personally anointed by Lucifer himself and some have claimed to have personal alien or demon guides that provide protection and counsel. Thus all wars are Bankster wars and appear to be demonically inspired. Some experts have discovered a strong association with secret esoteric “super-masonic” occult groups which are Luciferian based and this Ruling Cabal.

Others have discovered a long term association with these Ruling Cabal members and alien or ET entities, and believe these cabal members are actually infected with alien/ET demonic parasites who demand and promote mass death and destruction upon the Earth once they gain control over the Cabal member who has lost his soul or been “soul-snatched”.

Some researchers have labeled this Ruling Cabal Babylonian Zionism, or the “Synagogue of Satan” and claim that it’s wealth and power is based on the use of “Babylonian Money-Magick” which is the use of fiat money lent at pernicious usury in order to create massive debt slavery, massive asset stripping and provide complete but hidden control.

Others attribute it power to the anointing of Lucifer and their use of the evil “black arts” which include deception, sleight of hand and human sacrifice. If the cabal can issue or print all the money it needs, it can buy up almost every single politician it wants as long as it keeps the effects of all the excess money mitigated to prevent a complete collapse of the monetary system. 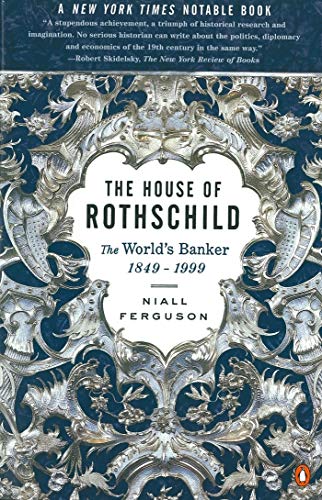 Of course, experts know that the creation of the US Petro Dollar which required all oil sales to be made in money converted to US dollars first was a stop-gap effort to delay reality until the Ruling Cabal could use America to subdue the whole world on the behalf of these City of London Bankster’s before the system eventually crashed.

The reason why the US Dollar is now only worth only about 2 cents of what is was worth when it was originally issued is because the Federal Reserve Bank has been issuing more and more money to buy politicians and support their secret black operations designed to develop alien technology to keep complete control over “we the people” and this Ponzi system is eventually doomed to failure.

The following video clip is a classic by Michael Rivera of whatreallyhappened.com.  It is 45 minutes long and most folks can get the main message which is very important in the first 5-10 minutes if time is limited. For those that have the time and want hardcore specifics, the rest of this clip is perhaps the best description of how Banksters cause wars ever published.

5. This secret Ruling Cabal has existed for hundreds of years and has planned to create a Globalist NWO system located in Jerusalem and is allegedly powered by the mass suffering, death, and bloodshed of humans as a “blood-sacrifice” and/or a “soul-sacrifice”.

The plan has been to elicit Zionism and Muslim extremism movements to battle it out and destroy each other so that Jerusalem and the surrounding Arab areas can be demoed, allowing a new temple to be made for the New World order Luciferian ruler, the “New Caesar of the Ages” to be seated so he can assume world rule.

In order to do this all the main powers of the world must be destroyed through war, starvation, and pestilence, to allow supremacy of the NWO as it sets up world government in the New Jerusalem Temple of lucifer. The Ruling Cabal’s obsession to setting up a Roman-style NWO world government in Jerusalem dates all the way back to the Crusades when the European Royalty expressed this obsession to take and hold Jerusalem to gain the secret gold stache and the ark of the covenant, both allegedly buried under the old temple ruins.

The City of London Banksters and their Wall Street franchisees set up and financed the Bolshevik revolution in Russia in 1915 with its brutal Red Terror and also designed Nazi National Socialism as a fascist counterbalance. Thus both Bolshevism and Nazism were two sides of the same zionist coin, and not all Zionists are Talmudic Judaics which is a surprise to those that discover this.

The Nazi faction still exists as a secret, covert fourth Reich controlling some of the large Wall Street Banks and many of the major oil companies, Big Pharma and defense contractors and some American intel factions.

The Zios run the Central Banking and pernicious usury to create massive numbers of debt slaves, run the FBI and have hijacked much of the high military command and the NSA and other intel agencies, and have been in the initial stages of moving the essence or central control of these entities to Israel in privatized form.

This is now being exposed and blocked within the military high command and Intel at also at many other levels of American Society which means that Zionism is now likely in its death throes and will be thrown under the bus soon. But this also makes them very dangerous too until they are thrown under the bus and they seem to be Hell-bent on starting a nuclear WW3 first.

It seems as if the Cabal and its Cutouts are seemingly under the spell of some evil soulless mind-kontrolling entity, perhaps best described as a cosmic or demonic parasite that feeds off intense acute or prolonged human suffering and mass death.  And it seems as if this suffering is purposefully caused by traumatic harm and death to humans from the intentional social engineering of massive crime, chaos, social breakdown, starvation, and war 24/7 in order to provide a near-constant “shedding of blood”, which is also alleged to provide energy and life to these parasites who appear to crave their own private near-constant mass-human sacrifice.