For almost 100 years there has been a Secret Ruling Cabal of Banksters and Industrialists from the City of London Financial District that has been running the USG and setting the policies of America which are based on Big Lies and Major Deceptions.

This cabal has spent many billions of hard-earned American dollars which they have confiscated through a crooked tax system to pay “talking-head” major mass media “newscasters” to limit what you can know and to make sure almost everything the Controlled Major Mass Media (CMMM) is lies and dispensed propaganda, which helps keep this super-elite deviant Ruling Cabal in power and keeps important truths from the public. 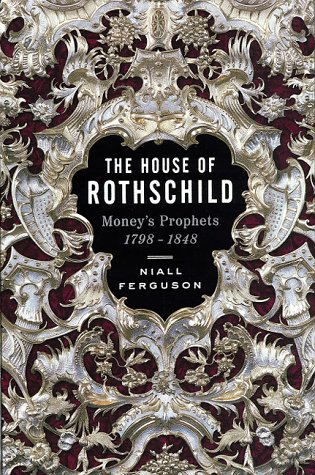 The Cabal knows that they must keep truth from the people in order to continue in power, and now the advent of the worldwide Internet is posing their greatest threat ever, and their demise may be right around the corner.

Some of the oldest most senior members of the Cabal believe that the only way to stop this erosion of their control over the truth that the Internet now presents is to elicit a major nuclear WW3 that will radically depopulate the earth and convert the political structure back into a Middle Ages type feudal King/Serf system.

The advent of the worldwide Internet is proving to be the undoing of this Cabal’s previous near-complete lock on the truth.

They have controlled the history books, and the school teaching agendas and limited higher education to their approved subject areas. The worldwide Internet is now proving to be the New Gutenberg Press and has the same power to completely dethrone the Cabal and restructure society. It is an engine for the spontaneous and widespread emergence of new worldwide populism, a new worldwide Conscience-Collective that can and will erode and displace the CMMM.

Without the CMMM’s constant uncontested dispensing of lies and propaganda, the ruling Cabal’s power, authority, and legitimacy will be progressively eroded, and eventually, this Cabal will be exposed and eliminated. This process appears to be well underway now thanks to the advent of the worldwide Internet “Truth Movement”, a new type of spontaneously emerging world populism.

Karen Hudes, former high-ranking counsel for the World Bank, has disclosed that at least five of the six American major mass media are owned by the six largest banks which means that they control public opinion by controlling what the major mass media dispenses to the public. Thanks to the Internet this is quickly coming to a screeching halt right before our eyes in real-time.

No greater litmus test has been more clearly apparent for the CMMM than the recent false flag attack in Syria by Al Cia Duh.

Watch the CMMM house of cards start to fall as the truth is fully exposed by the alternative media on the Internet. This is called “driving the news” and when a certain critical mass is reached in the alternative Internet media, the CMMM is eventually forced to cover the story in a way that has moved toward the alternative version.

Eventually, the full alternative version completely displaces the original cover-up story, and these truth nuggets of horrible USG crimes and abuses are written abuse benignly and accepted in the CMMM like they were just an everyday normal occurrence.

The Ruling Cabal knows that major stories have a short decay cycle and if they can delay the truth for a certain period of months or years, it just doesn’t matter if the public finds out because it is old, stale news by that time, and not considered relevant to most.

The CMMM is based through and through on lies, deceit, and propaganda that most American subjects have believed as Gospel truth until very recently.

This blanket acceptance and trust of the CMMM by the naive, mind-kontrolled “asleep at the wheel” the public is similar to the King’s New Clothes fable, but it is now being eroded almost daily as the Alternative News on the Internet grows in popularity.

This is extremely vexing to the Ruling Cabal because they know unless they act soon to suppress this growing erosion of their mind-kontrolling/dumbing down mechanism (the CMMM), they will become fully exposed and the curtain will be pulled back showing the Wizard of Oz to be a weak old man with no real power except for his power to deceive, manipulate and mind-kontrol. Much unlike those powers possessed by some of the best online free psychics out there.

This newly emergent worldwide Internet Truth movement is cutting through these ruling Cabal lies like a hot knife through butter and its ability to do so and drive alternative news into mainstream news is increasing almost daily.

So far all attempts to slow this or stop this have failed or resulted in an ever-increasing emergence of Internet-provided truth accepted and believed by the masses.

The Ruling Cabal’s ability to continue withholding the truth from its subjects is waning by the day as the Alternative media has now outpaced the CMMM in popularity.
You cannot easily find any young people going to mainstream mass media TV network news for information, they all go to alternative news sites on the web like Drudgereport.com, Rense.com, Presstv.ir, whatreallyhappened.com, Veteranstoday.com, rt.com, infowars.com, amtvmedia.com, rinf.com, wired.com (danger room), and so many more fine newsfeed websites like these that it would fill pages.

And few believe the network news radio reports anymore either.  Since these network radio news are also Cabal controlled and part of the CMMM, their constant parroting of what the network TV talking head spout is increasingly also ignored. And those sites that are run out of the Pentagon or the Fusion centers, or Zio fronts are usually quite easily identified or at least perceived as tainted, and many folks are now rejecting them for the most part because their lies and distortions are becoming so plainly obvious.

Real truth cuts through the Cabal’s CMMM dispensed lies like a hot knife through butter and once the cat is now out of the bag, these gold nuggets of truth will circulate forever on the net until they have completely eroded the Ruling Cabal’s strength. It’s like kryptonite to superman.

Here is a list of some of the major truth nuggets that are now being circulated in the alternative media on the worldwide Internet which seem to have real teeth and many of these have come from high level connected intel sources.

These are facts, disclosures, and information that the Ruling cabal never intended for you to ever find out about. Skip over the items that you are already familiar with or not interested in.

1. Contrary to what USG officials keep parroting through the CMMM, the United States of America is a Republic, not a Democracy and the Founding fathers specifically designed the Constitution to prevent America from ever becoming a democracy by creating what was to be a permanent separation of powers between Congress, the Judiciary and the Executive (Administration including the President). The system was designed to prevent the President from becoming a petty dictator, but that is what has happened under Bush 1&2 and Clinton, and now Obama.

This has occurred because Congress has allowed these presidents to start and fight undeclared, unprovoked, unConstitutional, illegal wars without impeaching the President. And the judiciary has been blackmailed into submission by Cutouts of the Cabal using secret wiretaps from the NSA.

A Democracy is mob rule, that is, simple majority rule which is what the Ruling Cabal wants since it has been able to easily mass mind-kontrol the public by controlling the major mass media. The Ruling Cabal was able to change the process for electing US Senators from appointment by the state legislatures to popular vote, which was not what the Founding fathers wanted, either, and makes Congress even more easily controlled by the Cabal “money-men” who have unlimited funds for K-Street lobbyists and other various types of support to Congresspersons before and after they are elected.