Editors Note:  It’s always a treat to read an award acceptance speech from someone 90 years old who has been an eyewitness to so much Israeli history. You will see the old pro at work, keeping his speech short so the toasting can begin sooner.

I would disagree with him slightly with the concept of a journalist working without fear. Fear can be an asset, something to prevent you from doing something stupid. But where I do agree, is that you must never let it control you as it has so much of contemporary journalism.

Today’s investigative journalism only nibbles around the edges. The consolidated media empires do not want to pay million-dollar legal fees defending journalistic rights when they can barter them for something that the owners would like more, like some favors for Israeli coverage, or no coverage at all as the case may be.

But that all said, one of the ironies of it is that you can read internal criticism of Israeli policies on a wide array of topics, whereas you will never read a single word in the US media. They are so compromised they don’t even have the kahunas to even quote Israeli media that is critical of you know who. Such are the depths to which America’s Fourth Estate has sunk… Jim W. Dean 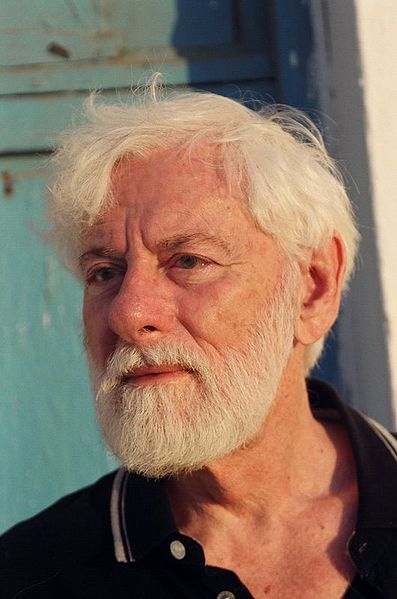 Without Fear, Without Favor

THE WORDS “lifetime achievement” have a certain undertone. There is a hint that the work is finished.

I have just been told that the 90-year-old Shimon Peres, who is three weeks older than I, has announced that he is about to start a new political career. If he can, why can’t I?

Ten years ago you were so kind as to award me the Sokolov Prize for journalistic excellence. I remarked on that occasion that you had spoiled a boast of mine: that I had received several prizes abroad, but never a prize in Israel. Now you have done it again.
First of all, I want to thank Yossi Bar-Mokha, the chairman of this impressive conference, and Shalom Kital, who initiated this award. I also want to thank my late wife, Rachel, who had a very major part in my life’s work.

FOR TEN years I was both a member of the Knesset and the editor of the news magazine Haolam Hazeh. At the time I was often asked which of the two jobs I thought was more important. I always answered without hesitation: the journalistic one. The journalist carries out the more important task and he has a greater impact. This is my view now, too.

A short publicity break: In one or two months, the first half of my memoirs are about to appear. I still have no title. If anyone of you has an idea, please give it to my lector, Rami Tal, who is present here.

TO THE matter in hand:

On the morrow of the 1948 war, a small group of ex-combat soldiers took possession of Haolam Hazeh.

They wanted to carry out two simultaneous revolutions: a political and a journalistic one.

In the political arena, we completely rejected the regime David Ben-Gurion had set up in our new state. Not in one field, but in all fields. We rejected his entire model. We had another model in mind.

We rejected his definition of Israel as a “Jewish state”. We wanted an Israeli state. A state rooted in the country. A state that belongs to its citizens.

We rejected Ben-Gurion’s attitude towards the Arab world. We said that there exists a Palestinian nation, that we must make peace with it, and that to this end, a State of Palestine must come into being. Nowadays they call this “the two-state solution”.
We rejected his social agenda. We wanted a policy of equality, of social justice, of solidarity.

We rejected the role he accorded to religion in the state. We wanted a complete separation between state and religion.
We rejected the contemptuous and discriminatory attitude towards the new Jewish immigrants from Islamic countries. At the time we published an unforgettable headline: “They Screw the Orientals”.

We rejected the racist attitude towards the Arab minority in the state. And so on.
All these opinions were sheer heresy, in total opposition to the prevailing national consensus.

THIS CREATED a problem.

There are mass-circulation papers in this world. But they are always super-patriotic, super-nationalistic papers, which flatter the national consensus and flow with the stream.

There are papers in the world that fight against the consensus, which swim against the stream. But they are always fringe papers, small and marginal.

But we wanted to create a magazine that would fight against the national consensus and also reach the masses, so as to have an impact on their consciousness.

Our solution was the two-tier approach. There was no other magazine in the world like it. A part of the magazine was deadly serious, expressing views that were completely non-conformist. The other part was much lighter, devoted to social trends, gossip and ladies who were not entirely clad.

At the same time, we created a journalistic revolution. When we appeared on the scene in 1950, the Israeli press was incredibly boring. Almost all the many newspapers belonged to political parties. The pages were full of long articles written in an old-fashioned style, and the gaps between them were filled with uninteresting photos. If you look today at one of those papers, you will not believe your eyes.

We wanted to propel our media from the world of Pravda and Izvestia into the world of the New York Times. Pravda embodied the principle that the public must be told only things that are good for them. The New York Times promised to publish “all the news that’s fit to print”.

To fulfill the task we had taken upon us, we invented a new Hebrew journalistic language, the language all of you use now. A well-known writer once described it as “lean and muscular”. We created a new kind of press photography. We created a new sort of headline – provocative and sensational.

By now, the entire Israeli media have adopted the Haolam Hazeh style.

I WANT to pose a question: Why are you, journalists?

Not for the money. There are better-paying professions. Not for the honor. We are defamed on every occasion.

A real journalist is a person addicted to his mission, a person who is involved, an inquisitive person, and a person who has the quest for the truth in his bones.

For us, there is no life without democracy. There is no democracy without a free press, aggressive, investigative, and exposing. Without it, how would the citizen know for whom and for what to vote?

IN THIS conference, many speakers lamented the state of the media and doubted their survival. They foresaw a dark future or no future at all.

I am not a partner in these lamentations. I believe that the media will always survive. Without it, woe to the country!

I hope that all of us shall carry out our mission in the spirit of the slogan we adopted in Haolam Hazeh some 63 years ago: Without Fear, Without Favor.