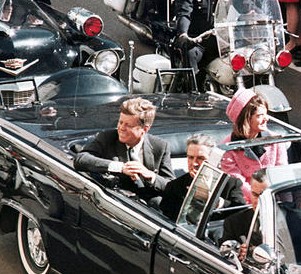 A very happy New Year to all VT staff and readers.  I hope you all had lots of mince pies and mulled wine, etc., over Christmas.  In the case of our Australian readers, for “mulled wine” read “tinnies of XXXX” of course.

We’ve had some pretty silly New Year messages over here in England. Our Deputy Prime Minister in particular, a chap named Clegg (we Eurosceptics refer to him affectionately as ‘von Clegg’), went off-piste, banging on about the European Union.  In fairness, at least he didn’t go as far off-piste as poor old Michael Schumacher, no offense intended.

Many thanks to JS and Sweet Liberty for the kind words!  In answer to the question about Martin Bormann, he was not a commie, indeed he was no more a communist than Joe Stalin.  He reported to Admiral Canaris, in fact apart from Eva Braun he was Herr Admiral’s closest asset to Hitler.

Whilst there is no doubt that Adolf topped himself in the bunker (never let your wife go first in a suicide pact – for the first and last time in his life Adolf Hitler played the gentleman!) Martin did not.  So far as I know he headed off down to Argentina in one of the DVD’s Type XXI transport U-Boats, Nazis not for the use of.

In answer to ‘Potai’ we British paint targets on our planes to give the enemy a sporting chance.  It simply wouldn’t be cricket to go into combat without giving the ‘Hun’ something to aim at.  Mind you what England are playing in Sydney at the moment isn’t cricket either.  Our cricket team is suffering from the same leadership problems as our government, Alistair Cook, our cricket captain, being almost as useless as David Cameron.  Frightened of losing, he seems to have set out to draw each match of the five Test series and of course has lost four in a row.  We’re losing the Fifth Test as well.

Like Cameron, Cook cannot control events, merely watch them happen.  Like our cricket team our country is a rudderless ship.

Was ‘Mac’ Wallace one of the shooters?

I was intrigued by Sherwood Ross’s and Jim Fetzer’s article on JFK.  I respectfully differ from them on some points, but I suspect it will be possible to confirm ‘Mac’ Wallace as one of the shooters, although one source claims he was in firing upwards from the storm drain.  I am not able to confirm any of the other names they give.

One thing we do know is that the shooters were exfiltrated via a facility in the Gulf not unconnected to the Zapata Corporation.  We also know that none made it out alive.  What we are looking for, therefore, is dead shooters who were in Dallas on the day that JFK was assassinated.  “Sarkay”, the Corsican apparently referred to by the late E. Howard Hunt, a great character, and much missed, might fit the bill.

Hunt’s other deathbed claims have the ring of truth, in particular the suggestion that Cord Meyer Jr., a Dulles recruit to the COREA Group and CIA, was involved.  Cord, whose home number in Washington I once had (we never met), later became CIA Head of Station in London (strictly he was based mostly at RAF Mildenhall).  Notoriously, he directed the CIA’s covert program of support for the ‘Yes’ side in the 1975 referendum on EEC membership, the outcome of which disastrously condemned the UK to 39 years of hugely expensive and debilitating EEC/EU membership, and counting.

There was no benefit to the USA of course of having the UK trapped inside the German Sphere of Influence.  That operation was ultimately directed from ‘Hunland.’  I doubt that Cord liaised too closely with Langley.  He reported to COREA Group HQ in Frankfurt.

It is easy to believe that Cord was involved, ditto Everette himself.  I rather suspect that Richard Helms organized for him to go down to Mexico City as Acting Station Chief (Hunt had previously been Station Chief there) in the fall of ’63, when Oswald visited, as Lee was being set up for the role of patsy.

I wouldn’t argue strongly against “up to ten shots”.  Jim and I are not that far apart on the number of shots, even if we don’t agree on the DVD’s role.  I think five is the absolute minimum and ten a realistic maximum.  I now regard four as too low.

Classic Movie of the Week: The Guns of Navarone (1961)

Directed by J. Lee Thompson this fine movie was shown again over Christmas on British TV.  Of course most viewers will have seen it before, but what about the youngsters?  Many of them will have been seeing it for the first time.

VT readers will know that you should always look carefully over the edge of the cliff for a German patrol before you climb over, but for kids this could be a handy hint.  They might also not know to throw the dead ‘Kraut’s’ body over the cliff in case another comes along.  For the young, watching The Guns of Navarone should be an educational experience.

The movie of course was based on Alistair Maclean’s famous book.  Alistair’s real life intelligence experience was brought to bear.  As with many a real special forces op our heroes’ mission is betrayed.  The commander, Major Franklin, and his side-kick, Captain Mallory, ably played by Anthony Quayle and Gregory Peck respectively, are naturally suspicious of one of their number, ‘Butcher’ Brown (Stanley Baker), who was slow to kill a ‘Jerry’ sailor on a patrol boat they encounter on their way to Navarone.  It turns out that Stanley Baker’s character had simply got tired of killing Germans, i.e. the incident could be explained away as eccentricity.

The cast was outstanding, with the leads including David Niven and Anthony Quinn.   The fine supporting cast included James Robertson Justice, as Commander Jensen, Richard Harris as an irate Aussie squadron leader in the RAF, Allan Cuthbertson as a major who does not understand intelligence work, Michael Trubshawe, as a keen type who does, a bit, and Walter Gotell.  Walter, who later played KGB chief General Gogol in the Bond movies (eventually – he started out playing another character, in From Russia With Love), plays a decent ‘Jerry’, Oberleutnant Muesel, who doesn’t do torture or mention the EEC.