Home Life L.A. Needs a New Badge to Put on a New Sheriff 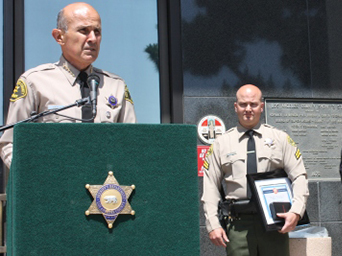 LOS ANGELES – On the same day that Los Angeles County Sheriff Lee Baca publicly announced his resignation, three County Supervisors voted to restore a small obscure cross on top of the San Gabriel Mission that is depicted in the County Seal. (see article link below with illustration of L.A. County Seal)

Mark Rosenbaum, chief counsel of the ACLU of Southern California (ACLU) has proclaimed: “This thinly veiled attempt to smuggle the cross into the seal will fool no one; it will reopen the debate about the separation of church and state.”

Peter Eliasberg, legal director of the ACLU declared: “In a county as pluralistic as this, with as many different religious beliefs, there is no basis for the county to be adding that symbol when so many other faiths will be completely left out.”

If the ACLU is truly serious about enforcing their aforementioned claims, then they need to immediately demand that the religious symbol predominately and boldly embracing the Los Angeles County Sheriff Badges (not thinly veiled) be removed. 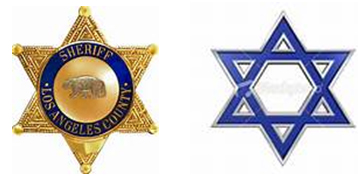 And that religious symbol is the reversed triangles that configure the “Star of David.”

Mr. Rosenbaum further proclaimed: “Placing a cross, the universal symbol of Christianity, back on the seal communicates that L.A. County favors one religion above all others and above the decision not to practice any.”

The same can be said about the Star of David, which is the universal symbol of Judaism that manifestly embraces the Los Angeles County Sheriff’s Badge. Correspondingly and in accordance with Mr. Rosenbaum’s foregoing inference, this needs to open a debate about the separation of synagogue and state. 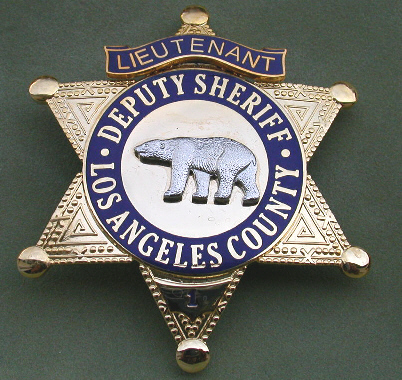 Let’s look forward to a newly elected Los Angeles County Sheriff with new Badges and pray to Almighty God that under this new leadership, they will protect us from hardened criminals with the same fervor that the ACLU protects us from religious symbols.