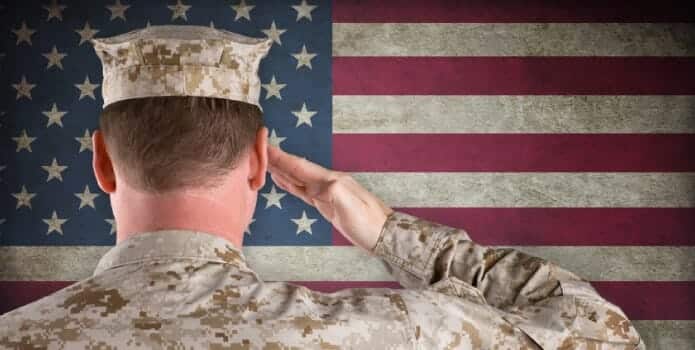 The Johnson administration and the 1967 war are a watershed in American domestic, international and security politics and policies, representing the rocket rise of the AIPAC and Israel as the driving force and the take over of America. 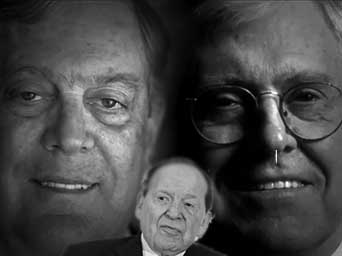 Add to that the rise of Super Pack, the likes of Koch Brothers and Sheldon Adelson representing the “Deep State” of America.

The Johnson Administration saw the powerful emergence of the Zionist “Deep State” in America with the appointments of Arthur Goldberg as US ambassador to the UN, and Walter W. Rostow as the national security advisor the principal architect behind Johnson’s administration failings to open an official Naval Board of Inquiry into the deliberate attack on the USS Liberty, a case that no future presidents dared to open the file on such cold-blooded murder, by “America’s best friend!”

Since then Israel has solidified its stranglehold on America with Obama’s first chief of staff (prime minister) choosing the Israeli army over the American army and it became a standard for US politician to forgoes the Statue of Liberty to give allegiance to the United States of America, and heads to Israel to give political allegiance, as was the case with President Obama, John McCain, Sara Palin, and now the newly elected mayor of New York City.

Now almost all national or local candidates must travel to Israel to give assurance of American commitments forgetting to give a similar commitment to run down American cities, the millions of unemployed and laid-off workers, the tens of millions of poor. No one gives a damn and no one dares to give similar assurance of loyalty and commitments to the American people.

Perhaps it is time for all of us to hold a new Constitutional Convention with the first order of business to change and redraft the Preamble to the US Constitution amending the “we” to “they” and amending “ more perfect union” to an “imperfect union” and change “establish justice” to “ establishment of injustice”, deleting any reference to the promotion of general welfare, the blessing of liberty and posterity.

It is no longer “we” but “they “ and “they “ represent the powerful AIPAC lobby, the lobbies of Wall Street, the Gun, and the Military lobbies, and the Super Pac. “They” and not “We” that rule the country, they are the “Deep State”.

While it is very fashionable to give references of the “deep states” in countries like Egypt and Libya, referred to a dictatorship that refused to die or go away, we in America have our own “Deep State” that is thriving and continues to grow and prosper.

The US Supreme Court did not do the voters and citizens any good when it ruled in favor of big corporations and big bucks in its Citizens United v. Federal Election Commission where it held that the “First Amendment prohibits the government from restricting political independent expenditure by corporations, associations, or labor union”.

That ruling solidified the take over of the United States of America by “corporations” and “we” the citizens and voters became irrelevant and only a conduit to cast our votes” without which no elected official can take office. Once the votes are in the “Deep State” takes over.

These figures by the National Election Commission are staggering and sobering numbers showing the role of money in national politics.

• The top 32 Super PAC donors, giving an average of $9.9 million each, matched the $313.0 million that President Obama and Mitt Romney raised from all of their small donors combined—that’s at least 3.7 million people giving less than $200.
• Nearly 60% of Super PAC funding came from just 159 donors contributing at least $1 million. More than 93% of the money Super PACs raised came in contributions of at least $10,000—from just 3,318 donors, or the equivalent of 0.0011% of the U.S. population.
• It would take 322,000 average-earning American families giving an equivalent share of their net worth to match the Adelsons’ $91.8 million in Super PAC contributions.
• Super PACs accounted for more than 60% of outside spending reported to the FEC.

The effect and power of this “Deep State” are seen in the failings and absence of the will power of the Justice Department to bring criminal charges against key bankers whose financial institutions swindled tens of millions of Americans out of their lifetime saving and swindled the government out of tens of billions of dollars.

According to the Inspector General of the US Department of Housing and Urban Development major banking institutions the likes of Bank of America, JPMorgan, Citigroup, Wells Fargo all” committed fraud and swindled the Federal Government”.

This failing to prosecute is a promise that President Barack Obama gave to the assembly of Wall Street executives in a 27 March 2009 White House meeting declaring “ my administration is the only thing between you and the pitchfork”.

And it is true, President Obama kept his promise and that is why top executives of failing financial institutions kept their hundreds of millions in compensations, the likes of Jimmy Cayne of Bear Stearns $400 millions, Dick Feld of Lehman Brothers keeping his $520 million, Stan O’Neil of Merrill Lynch keeping his $161.5 million, not to mention Angelo Mozilo of Countrywide keeping his $600 million. All of these executives have one thing in common. They all presided over financial institutions where investors and shareholders lost hundreds of billions of dollars, and not because of sound management.

While the number of America’s poor keep increasing year after year, the very few are making billions and these billions allowing them to take over the government undermining the will of the people and citizens of the United States, with the “wealthiest one percent captured 95% of the post-financial crisis growth since 2009 while the battered 90% became poorer”.

Just imagine the “Chutzpa of Thomas Perkins, the venture capitalist worth estimated $ 8 Billions writing in the WSJ comparing the “plight” of the rich to that of the Jews in the Holocaust and calling the attacks “progressive Kristallnacht coming”.

Next time we cast our votes in national or local elections, we need to keep in mind that should we allow this “Deep State” to continue or we should exercise our rights as “We the people” and take back America?