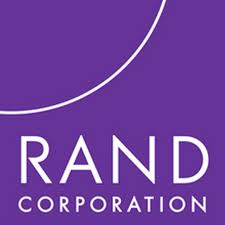 This report was originally printed in 2013. As with most studies of this nature, it is extremely long and tedious…It makes for delightful reading when insomnia strikes or a late afternoon when the office coffee pot goes down.

Below is the Executive Summary.

The SDVOSBs interviewed were similar to those sampled with regard to their qualification for other preference programs, their size, and, to a lesser degree, their federal contracting experience. The interviewed firms also shared a broad range of other characteristics, including years in business, ownership of other businesses, proportion of commercial and federal contracts, and number and amount of federal contract bids and awards. The firms interviewed had worked with 21 federal agencies, the most common of which were the Department of Veterans Affairs (VA) and DoD.

The interviews identified three barriers unique to these firms because they were SDVOSBs:
•The prior definition of the SDVOSB contracting program as a less-urgent goal than other small business programs,
•A lack of understanding among many SDVOSBs interviewed about the program,
•A barrier to receiving planned subcontracts.

The first barrier is that the SDVOSB contracting program’s goal was first defined with less-rigorous language than the goals of other programs. The specific language in the Federal Acquisition Regulation (FAR) for SDVOSBs had, until a recent revision, used the term “may set aside acquisitions” for this group, whereas the language used for other preferred businesses, such as those in historically underutilized business zones, was “shall set aside acquisitions.”

This distinction of “may” versus “shall” was recently erased by the 2010 Small Business Jobs Act, which established parity among the different programs (U.S. Congress, 2010). When incorporating this change into the FAR, program administrators noted their intention to clarify “that there is no order of precedence among the small business socioeconomic contracting programs” (Federal Register, 2012).

Nevertheless, the distinction has historically meant that contracting staff had greater discretion on whether to set aside or award a contract to an SDVOSB. Many SDVOSBs and some contract staff interviewed maintained that this discretion continues to discriminate—or regard SDVOS as a lower priority than other set-asides. Some contracting staff reported that the lower priority of SDVOSB contracting is exacerbated by the fact that goals for other small business procurement programs draw the efforts of contracting staff because the other goals are higher. The lack of knowledge and prior experience in federal contracting of many SDVOSBs interviewed, requiring that contracting staff and customers do more work and absorb more risk in working with such businesses, could further reduce the likelihood that an SDVOSB will receive a contract. (that’s the important distinction between “shall” and “may.”—editor)

Finally, for prime contractors, including an SDVOSB on a bid demonstrates an effort tosatisfy federal SDVOSB subcontracting goals, but a lack of federal oversight after awards are made reportedly fails to ensure that prime contractors include SDVOSBs in the actual work.

The interviewees also described encountering many barriers faced by non-traditional suppliers and other small businesses as well. These included the inherent complexities of the FAR and of the federal bidding process, a lack of sufficient federal educational and networking opportunities, a lack of communication from key contracting personnel, the slow federal processes for award decisions and making final payments, insufficient knowledge among SDVOSBs about their chances of winning a bid, the risk of wasting resources on developing a bid that was likely to go to an incumbent or another established supplier or of investing in a bid that was subsequently cancelled, and the possibility of being in an emerging industry that does not fit existing NAICS categories.

The SDVOSBs also described some limited sources of support for managing these barriers. These included the federal training conferences, which provide very basic information, and more detailed information and assistance from state-level Procurement Technical Assistance Centers (PTAC).  A few SDVOSBs described partnering with other suppliers on bids as the most useful source of information. Firms that reported partnering with other suppliers or hiring staff with prior federal contracting knowledge improved their bidding further. Finally, SDVOSBs that had a strong customer-oriented approach to federal contracting described the greatest success.

For the SDVOSBs interviewed that were either unaware of or unable to invest in these sources of support, the barriers often created some level of disillusionment with the program and with the federal government’s commitment to veterans. The widely publicized 3 percent goal raised the expectations of many of these SDVOSBs that they would receive federal business, and they invested in their companies and in bids accordingly. However, their experience was facing fewer bidding opportunities, greater competition, and fewer winning bids than they expected.

Exceptions to this disillusionment were those few SDVOSBs interviewed that focused relentlessly on increasing their knowledge of the FAR and of the bidding process and that catered to the needs of both the contracting officer and the customer when they did win an award.

Our findings suggest multiple reasons for the low rate of federal SDVOSB contracting compared with the 3 percent federal goal. First, the level of priority placed on the program likely contributes to the federal government’s inability to meet its goal. The policy has only very recently been worded as strongly as that for other small business procurement programs; competing goals from other programs limit set-asides for SDVOSBs, and limited oversight of subcontracting goals may discourage prime contractors from including SDVOSBs in awarded work. Second, SDVOSBs, especially new ones, may also confront the same barriers faced by small businesses and non-traditional suppliers. Third, although some sources of support for managing these barriers exist, they are limited. Finally, given these barriers, many SDVOSBs interviewed were disillusioned with the program, and, to the extent that such disillusionment is widespread, it may limit federal contracting rates further.

Given these barriers, whether the federal government can reach its 3 percent goal for SDVOSB contracting is not clear. Identifying the number of SDVOSBs in the industries in which federal agencies spend, particularly by federal agency, may be useful, as would analyses of service-disabled veterans’ decisionmaking processes regarding self-employment and estimations of the actual dollar amounts and number of contracts that would be received by SDVOSBs. In addition, reducing barriers facing SDVOSBs may involve increasing the priority of the SDVOSB program, strengthening education and training opportunities, and continuing efforts to remove barriers to non-traditional suppliers and small businesses.

Increase the Priority of the SDVOSB Program

If the federal government wants to increase the priority of the SDVOSB program, federal agencies need to ensure that the recent changes to the policy made by the 2010 Small Business Jobs Act are transmitted explicitly to federal contracting staff. Agencies also need to inform staff of which industries have ample numbers of SDVOSBs, especially as compared with the numbers of firms in other preference programs. A final step toward raising the priority of the SDVOSB program would be to provide contracting resources for reviewing prime contractors’ execution of their bid and subcontracting plans, conduct those reviews, and publish the results.

Finally, clarifying federal expectations of SDVOSBs might also help strengthen education and training opportunities. Some SDVOSBs interviewed saw dramatic improvements in their ability to win contracts when they invested effort in understanding the FAR and in the lengthy process of learning how to develop a successful bid. Similarly, the SDVOSBs interviewed that expected to have to learn and meet the needs of both the contracting officer and the customer reportedly received strong performance evaluations, which strengthened their ability to win future bids.

Barriers faced, at least by the SDVOSBs we interviewed, can also be reduced by more general efforts to remove barriers to non-traditional suppliers and other small businesses. These efforts include continuing to streamline the administrative requirements of and removing inefficiencies from the bidding process, further streamlining the award decision and closing payment procedures, improving communication between government and suppliers, and helping suppliers in emerging industries become known to both customers and contracting officers.

“The lack of knowledge and prior experience in federal contracting of many SDVOSBs interviewed, requiring that contracting staff and customers do more work and absorb more risk in working with such businesses, could further reduce the likelihood that an SDVOSB will receive a contract.”

Read more (at your peril):

Few of these scholarly studies are a priority for federal officials, and the odds of these extensive studies escaping the dumpster are thin. But,—slim as those odds may be—there is a chance that a Chief Government Procurement Officer from a government entity will see it, read it and pass it on to his/her staff as priority reading.