VetLikeMe receives dozens of emails each week that convey various points of view of the veterans we serve. We try to print news, information and opinion within the scope of SDVOSB/VOSB, primarily at a National level. Some editorials meet this policy only on the edges, but may be very appropriate for some SDVOSB/VOSB.

We do not necessarily agree with all the editorial material we receive, but we try to provide unvarnished news and information for our readership. A SDVOSB was not required to inform a procuring agency that the service-disabled veteran owner had passed away following submission of the SDVOSB’s proposal, according to a recent decision of the U.S. Court of Federal Claims.

In NEIE, Inc. v. United States, No. 13-164 C (2013), the Court sharply criticized the U.S. Environmental Protection Agency for unjustifiably maintaining that the SDVOSB in question was required to inform the EPA of the veteran’s death, even though there is no such requirement in the regulations and the veteran’s death had no impact on the SDVOSB’s contract eligibility.

The NEIE case is not only a good reminder of when a SDVOSB must be eligible to receive a non-VA SDVOSB set-aside (typically, at the time of the initial priced offer), but a troubling example of an over-zealous procuring agency misinterpreting and misapplying the SDVOSB regulations to the detriment of an eligible SDVOSB.

The NEIE case involved an EPA SDVOSB set-aside procurement for emergency and rapid response services in New York and New Jersey.  NEIE, Inc. timely submitted a proposal.  At the time NEIE submitted its proposal, James Coleson, a service-disabled veteran, owned 100% of the company.

The EPA received four proposals for the SDVOSB contract.  NEIE’s proposal was included in the competitive range, but the EPA initially awarded the contract to another company.  However, after a successful size protest, that award did not proceed.

Several months passed without award.  During that time, James Coleson died.  NEIE’s ownership transferred to his son, Chris Coleson, who is a not a service-disabled veteran.  The EPA finally awarded the contract to NEIE.

A competitor filed a protest, challenging NEIE’s status as a SDVOSB.  Among its allegations, the competitor argued that James Coleson had died before award of the contract.  In response, NEIE pointed out that under the SBA’s SDVOSB regulations, eligibility for award is based on the date of the submission of proposals, not the date of award.  The SBA agreed, and issued a decision finding NEIE to be an eligible small business.

Barring an appeal to the SBA Office of Hearings and Appeal, the SBA’s decision should have ended the matter.  Instead, the EPA issued a decision finding NEIE to be “non-responsible” and thus ineligible for award.  The crux of the EPA’s non-responsibility determination was that NEIE had not informed the EPA of James Coleson’s death.  The Contracting Officer then referred the matter to the EPA’s suspension and debarment division, which proposed NEIE for debarment.

The EPA ultimately terminated the proposed debarment, but refused to award the SDVOSB contract.  NEIE then filed a complaint with the Court seeking relief.  The Court agreed that the EPA had far overstepped its bounds.

The Court wrote that in its determination of non-responsibility, the EPA “characterized NEIE’s handling of James Coleson’s death as a vast conspiracy to mislead the EPA . . ..”  However, the EPA’s perceived conspiracy was “deeply flawed” because “[n]othing in the Administrative Record nor anything cited to by the CO gives credence to the serious charge that NEIE ‘knowingly and intentionally misled’ anyone.”   The Court continued (citations omitted):

NEIE had no reason to mislead the EPA about the death of James Coleson because, as confirmed by the SBA in resolving the Guardian protest, the FAR only requires that a contractor meet the eligibility requirements for an SDVOSB at the time of offer.  NEIE unquestionably was controlled by James Coleson, a service-disabled veteran, at the time of its offer. The CO pointed to no evidence whatsoever suggesting that NEIE made any offers for SDVOSB set asides after James Coleson’s death and, in fact, the Administrative Record contains evidence to the contrary suggesting that NEIE took proactive steps to ensure compliance with relevant requirements by declining to bid on other SDVOSB set-asides.

The Court pointed out that James Coleson’s death had been widely covered by local media, contradicting the EPA’s assertion that NEIE had attempted to keep it secret–and calling into question whether the EPA actually knew of James Coleson’s death before the award to NEIE.  In any event, the Court wrote, “NEIE had no legal duty to disclose the death of James Coleson to the EPA, because his death was immaterial to NEIE’s performance of the SDVOSB Contract.”   The Court held that the EPA’s non-responsibility determination lacked a rational basis.

Although the Court agreed with NEIE on nearly every issue, the EPA had informed the Court that it had canceled the solicitation for the emergency and rapid response services contract.  The Court wrote that the cancellation appeared “pretextual” to avoid award to NEIE.  Nevertheless, the Court wrote, “[t]he court . . . cannot compel the EPA to award NEIE the SDVOSB Contract.”  The Court ordered the EPA to pay NEIE’s bid and proposal costs, and NEIE may be able to recover attorneys’ fees under the Equal Access to Justice Act.  Unfortunately, though, NEIE did not get the contract.

The NEIE case is an important reminder that for SDVOSB set-asides under the SBA’s rules, eligibility is determined at the time of award.  More than this principle of law, however, the NEIE case is a troubling example of an overzealous agency run amok.  Here, the EPA essentially invented a new SDVOSB rule–namely, that NEIE was required to inform the agency, after proposal submission, of the veteran’s death–and not only withheld the contract on the basis of its invented rule, but even proposed NEIE for debarment.  By going to the Court, NEIE recovered its good name, but not the contract it fought so hard to win.

Are we really taking care of our veterans?

When it comes to being on the wrong side of issues, those in Congress — regardless of political affiliation — have proven that they are fully capable of at least a modicum of success.

Recently the Senate killed the Comprehensive Veterans Health and Benefits and Military Pay Restoration Act of 2014.

There’s no real need to explain the purpose of the bill as its title states it pretty well, but for those curious, the bill would have repealed the reduction in military cost-of-living adjustment for retirees, expanded the caregiver law to all veterans, improved education assistance, expanded dental and medical care and would have opened 27 new health facilities.

A whopping 41 senators voted against it.

“Today, the Senate had a chance to put aside partisan politics and do what was right for the men and women who have sacrificed so much while wearing our nation’s uniform,” said Daniel M. Dellinger, national commander of the American Legion. “Instead, we saw the same political gamesmanship that led our federal government to a shutdown last fall. There was a right way to vote and a wrong way to vote today, and 41 senators chose the wrong way. That’s inexcusable.

“I don’t know how anyone who voted ‘no’ today can look a veteran in the eye and justify that vote,” Dellinger added. “Our veterans deserve more than what they got.”

“I personally, I have to say this honestly, have a hard time understanding how anyone could vote for tax breaks for billionaires, for millionaires, for large corporations and then say we don’t have the resources to protect our veterans,” said Sen. Bernie Sanders (I-Vt.), Senate Veterans’ Affairs Committee chairman.

As for those who voted against it? Sens. Pat Toomey (R-Pa.), John McCain (R-Ariz.), Rand Paul (R-Ky.), Richard Burr (R-N.C.), Lindsey Graham (R-S.C.) … Actually it will be easier to list the Republicans that did vote for it — Jerry Moran, of Kansas; and Dean Heller, of Nevada.

The cost of the bill was cited repeatedly by the above Republicans as they cast their votes against it, particularly Burr, the ranking Republican on the Senate Veterans’ Affairs Committee. The probability of adding more veterans to the system was also cited as a concern of Burr’s.

“We have veterans dying from long waits for basic, necessary tests like colonoscopies,” said Burr. “Veterans waiting for their disability claims to be processed know all about frustrations and delays at the VA, and adding more individuals to an already broken system doesn’t seem wise.”

Wow. Talk about a slap to the face of veterans. New health and dental measures and new facilities wouldn’t help? Perhaps ignoring the problem, as we have for years, will continue to help.

The condescending nature of this vote is overwhelming to anyone that has any experience with veterans and veterans’ causes.

There are men from Korea and Vietnam — ignored for decades — just now reaching out to the Veterans Administration for assistance associated with post-traumatic stress disorder (PTSD) or health care.

To have the millionaires of the United States Senate turn their backs on them yet again provides another chapter in this nation’s deplorable record pertaining to care of its military veterans.

Given the ridiculous spending this county’s Congressional members approve annually, including their own lavish $174,000 salaries and the additional thousands in perks and benefits, $2 billion per year to improve the treatment our veterans receive is a mere drop in the bucket.

Many of these same Republicans voted to spend billions to send veterans into harms way in Iraq and Afghanistan.

A report issued in December by Republican Sen. Tom Coburn (Okla.) detailed more than $30 billion in wasteful spending during last year’s Congressional session. Let’s not forget that last year more than $85 billion was cut due to the sequester, which drained funding to programs like Head Start (God forbid we invest in education).

Here’s what your hard-earned tax dollars did fund last year:

• $500 million in beachfront property for millionaires via a U.S. Department of Agriculture Home Loan program. More than 100 individuals or families received loan guarantees for $500,000 or more to purchase a home in Hawaii.

• $3 million for a NASA program designed to explore how Congress works. I’m waiting anxiously for the results of that study.

• Who can forget the $65 million awarded to tourism-related television advertisements in the wake of Superstorm Sandy? Congress appropriated $60.4 billion to areas pummeled by Sandy. I’m sure the people that really needed that money for things like walls and roofs appreciated the $65 million that went to television and advertising fat-cats. 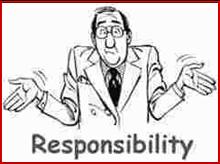 • We lost $4 million when in October a crop of new $100 bills were soaked with too much ink. Oops.

As you can see, the money is there. Like Dellinger said, though, the care of our veterans is just another casualty in the game of political one-upsmanship.

Hopefully the concussion felt in the wake of this hit is a one-way ticket home for many of these irresponsible lawmakers.

Chris Brady is managing editor at the Standard Journal. He can be reached at [email protected]