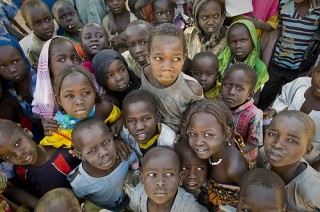 Israel‘s obsession with Jewish ethnic purity has led to the enactment of open ethnic cleansing by the current Netanyahu government.

Aside from Israel’s genocidal policies towards Palestinians in the West Bank and Gaza, new legislation affects 60,000 African refugees and 100,000 Bedouin living within Israel proper. The latter are, by law, Israeli citizens and many have served in the Israeli Defense Force.

Officials in the Netanyahu government justify their racial purity laws as essential to prevent “demographic” problems.

Ensuring that Israel remains both a Jewish state and a democracy requires that non-Jewish populations must be strictly controlled. Allowing non-Jewish Israelites, either singly or jointly, to acquire a sizable voting block would pose a major threat to maintaining Judaism as the official state religion.

In 1948, this resulted in nearly a million Palestinians being driven from their homes and farms by force, to take up residence in refugee camps in Egypt, Jordan and Lebanon. Following the 1967 war, Israel seized the areas of Gaza (in Egypt) and the West Bank (in Jordan) that housed the Palestinian refugee camps.

Since then, they have made no secret of their intention to drive the Palestinians from these areas, as well, and repopulate them with Jewish settlers.

Receiving less attention are Netanyahu’s brutal policies towards 60,000 African refugees, who fled ethnic cleansing in Eritrea and Sudan to resettle in Israel. As journalist David Sheen describes in Journalists Blistering Indictment, leaders in Netanyahu’s government describe them as a “cancer” on the Jewish state.

It has become official government policy to deny them work permits and health care, and a state sponsored rabbi group has called on landlords not to rent to Africans.

In 2012, the Netanyahu government amended the 1954 Prevention of Infiltration Law. The original law was intended to bar Palestinians from returning to family property Israel confiscated in 1948. The new amendment allowed the Israeli government to criminalize and detain African refugees for up to three years prior to deporting them.

Israel’s supreme court unanimously struck down amendment. Under international law, it’s illegal for any country’ to deport asylum seekers back to countries where they will experience persecution. The Knesset responded by passing a new law ordering the indefinite imprisonment and the detainment of any foreign person caught trying to cross into Israel.

Under the new legislation, hundreds of African refugees are required to live in the “open” Holot detention center in the Negev Desert. Refugees are permitted to leave the detention center briefly during daytime hours. However they must return three times a day for roll call and must sleep there at night. Human rights groups have also appealed the new law to the Supreme Court.

Meanwhile, as shown in the video below, the government is organizing state sponsored protests in which Israel’s Jewish citizens are encouraged to trash African refugees’ homes and assault them. If Israel can’t legally deport them, they hope to pressure them to leave voluntarily by making their lives as miserable as possible.

Israel’s genocidal policies aren’t limited to Palestinians and Africans. Israel is also determined to ethnically cleanse 100,000 Bedouins through the Begin-Prawer law enacted in 2013.

If fully implemented, the Prawer-Begin Plan will result in the destruction of 35 “unrecognized” Arab Bedouin villages, the forced displacement of up to 70,000 Arab Bedouin citizens of Israel, and the dispossession of their historical lands in the Naqab.

Three days ago, the Palestinian ambassador to the UN announced that the Palestinian Authority had sought membership in the ICC and 12 other UN conventions, due to continuing Israeli obstruction in current peace talks. When the UN General Assembly recognized a state of Palestine in October 2012, Palestinians gained the right to seek membership in UN institutions and treaty bodies and possibly take their complaints over Israeli settlement-building on occupied land (also illegal under international law) to the ICC.

The UN legal department is expected to renew the application and determine within 30 days whether Palestine can be a state party to the 13 conventions.