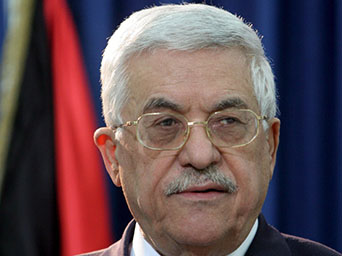 Israel and America killed all chances for two state solution. Mahmoud Abbas, the PLO, Fatah and Hamas should use the “unity agreement” reached last week in Gaza as a first step toward redeeming their sins and crimes committed against the Palestinian people for all those years of failing, incompetency, corruption and decadence and as a first step toward a One State Solution, the only way forward for permanent solution.

It is unlikely given the unconditional support the US as “arbitrator” gives to Israel and its position that the Palestinian people under this leadership whether Fatah or Hamas or both will ever achieve freedom, independence and return of the refugees and once and for all settle this Israeli-Palestinian conflict that went on for too long. Time for the Palestinians to take the initiatives rather than wait for the US and Israel to decide their fate.

Mahmoud Abbas, PLO, Fatah and Hamas over the years have proved over and over they all are unfit, unqualified and incompetent to lead to liberation, let alone build and establishes a viable efficient corrupt free civil state with guaranteed basic freedoms and rights to include among other things freedom of speech, assembly association, transparency, efficient corrupt free government, independent judiciary, and guaranteed rights that are not abrogated by “presidential decree” and a truly representative governments, with viable state institution with no room for nepotism and cronyism, which the present leadership failed to achieve in some 45 years.

Over the years, the PLO leadership in cohort with Israel, the US and Arab governments have all conspired to thwart any and all efforts for the emergence of a truly representative assembly and leadership of the Palestinian people under Occupation and in the Diaspora.

The “unity agreement” must not be about dividing the financial and bureaucratic cake and must not be about legitimacy for Abbas in exchange of salaries for “useless” Qassam Brigade and Hamas security forces. It should be about freedom, liberation and ending the Israeli Occupation of the West Bank and the siege of Gaza and the rights of the refugees.

The unity government sole objective must be to demand and push for a One State Solution starting with formal presentations at the UN and other international organizations and engaging in a full scale international efforts to get nations and citizens of the world behind the “fair and just” demand of the Palestinian people.

The One State Solution is the only way forward, the only way to achieve peace, justice and security for all the people of Palestine and Israel. Even the Israelis and their sponsors in Washington and the US know well that the One State Solution is the only final solution for the conflict and that the US and total unconditional financial and political sponsorship of AIPAC and American Zionist will not save Israel from itself and from American Zionists.