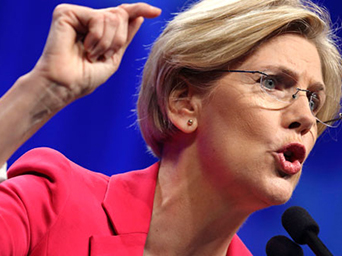 Moreover, this land that was deeded exclusively as a National Home for war-injured and homeless Veterans has been misappropriated for non-Veteran use while disabled homeless Veterans are forced to live homeless and hungry in back alley squalor.

In fact, Secretary Shinseki has a Federal Judgment entered against him for misuse of this Federal VA property with nine separate real estate agreements that were adjudicated by U.S. District Judge S. James Otero as “unauthorized by law and therefore void.”

Yet last night at 7:30 PM, Senator Warren, who is not a Veteran nor a California resident, held a speaking engagement and book signing at the Wadsworth Theatre at the Los Angeles VA.

Attendance to Senator Warren’s campaign fundraiser was $48 per person and included a signed copy of her new book, “A Fighting Chance.” http://writersblocpresents.com/main/senator-elizabeth-warren/

In VVA-9’s Land Use Proposal (LUP) with the Los Angeles VA, it states specifically that “Use of VA property for partisan events / demonstrations is prohibited by law.”

Senator Warren’s event was a partisan political fundraiser while our Summer Celebration is open to all Veterans and their families without any political or partisan agenda, unless honoring our World War II Veterans is considered “partisan.”

VVA-9’s LUP requires a “Direct Benefit for Veterans” plus other restrictions. Senator Warren’s political fundraiser qualifies for none of these requirements as there’s no benefit to Veterans healthcare and well-being — none whatsoever.

What’s going on at the Los Angeles is criminal and reprehensible.

On Thursday, May 15, Secretary Shinseki is appearing before Congress to explain his Department’s “death list” fiasco and other devastating malfeasance and mismanagement at the Phoenix VA, et al.

Congress needs to ask him about his Federal Judgment for unlawful use of Federal property at the Los Angeles VA and how his Department allowed Senator Warren to violate the law while Vietnam Veterans of America are denied legal access to these sacred grounds, and why Los Angeles is our nation’s capital for homeless Veterans, etc.

It’s important to know that Vietnam Veterans of America is a major Plaintiff in the ACLU lawsuit that led to the Federal Judgment against Defendants Eric K. Shinseki and his Los Angeles VA Director, Donna Beiter.

Secretary Shinseki needs to resign posthaste and save himself and America from more embarrassment.