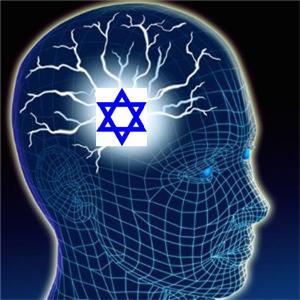 The Jewish ADL (Anti Defamation League) revealed this week that more than ‘one in four adults are ‘anti-Semitic.’

Of Some 53,100 adults in 102 countries and territories around the world surveyed for the ADL Global 100: An Index of Anti-Semitism, 26% were found to be ‘deeply infected’ with ‘anti-Semitic attitudes.’

Personally, I find both the ADL and its polls quite amusing.  Can you think of another people on this planet who so spend so much time and energy measuring how much they are loved or hated?

Do the Brits measure how despised they are in Moldovia? Do the Palestinians question people all over the world to see how much they love those indigenous people of Palestine? Well, the Jews do and it’s for a reason.

Abe Foxman, ADL’s National Director, must by now have grasped the immense destructive global power of Jewish politics, so naturally he wants to measure the reaction. But rather than reflecting on the results and then turning to his own people in the hope of re-educating them, Foxman always blames the rest of humanity. And why? Because in the Judeo-centric cosmos, the Jew is always innocent and the Goy is always to blame.

ADL discovered that the least anti-Semitic country at 0.2% of the adult population ‘hating Jews.’ is ……..Laos! But what does that mean? Should the ADL start to shlep Jews to Laos? Maybe, rather than Palestine, it is Laos that is the promised land. Trouble is, once the Jews start to immigrate to Laos, anti Semitic attitudes will sharply rise. ADL is yet to resolve this Jewish dilemma yet.

Apparently, according to the ADL, the territories of the West Bank and Gaza Strip had the highest ‘anti-Semitic’ attitudes at 93%. But is it really ‘anti Semitic’ to oppose those who plundered your home and murdered your family? No Abe, this is not anti-Semitism, this is resistance.

The questions of the survey were also very interesting. Respondents were asked a series of 11 questions about Jews, Jewish power, Jewish tribalism, Jews and money and Jewish behaviour. Those who responded affirmatively to six or more negative statements about Jews were considered to hold ‘anti-Semitic’ attitudes.

But I beg to differ. I’d think that those who answered affirmatively were simply authentic, honest folk who were better informed about the state of the world. Now, if I am correct here, it means that about a quarter of world’s population is authentic, honest and informed – a most positive and encouraging bit of information.

But back to the results of the survey. It seems that 74% of respondents indicated that they had never met a Jew and yet, of those, 25% still harboured anti-Semitic attitudes.

Also, of the overall 26% overall of people who did harbour anti-Semitic attitudes, some 70% of them had never met a Jew.  But you know, most people have never met a Nazi either and yet Nazis are also pretty unpopular these days. It’s all a matter of reputation.

All in all, it seems that AIPAC, The Jewish State, CFI, CRIF, ADL  and Bernard Henri Levy have been investing an awful lot of energy giving Jews bad name.