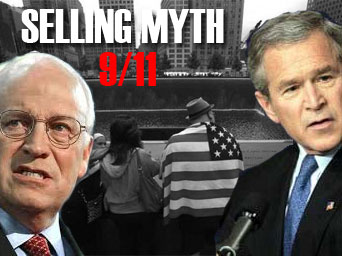 Today in New York City, the 9-11 Museum was officially opened with a star studded ceremony that was attended by the who’s who in politics, government, dignitaries, survivors and some of the 911 family members of the victims.

The ceremony was broadcast live on US television with the expected reverence paid to the tragedy that was brought upon the U.S.A. and the world on that fateful day in 2001.

What struck cords were the sincere heart felt and heart breaking presentations by survivors and the family members of the victims who spoke and presented their stories to remind us what this tragic and life changing this event was and remains for everyone.

What was interesting was watching current politicians who were NOT in leadership at that time speak about the tragedy including President Obama, New Jersey Governor Cristie, Former President Clinton and first lady Hilliary Clinton and more. They did their customary speeches to pay their respects and generally did a good job.

Interestingly, this writer did NOT see former U.S. President George W. Bush or Vice-President Dick Cheney who were the presiding leaders on that fateful September day. Where were they? Just a question? Too busy?

And Vice-President Biden?   I heard he may have been too busy helping his son take his Board Member seat on a major Ukraine Gas company; just sayin’.

Indeed, it was sad to watch the survivors trot out and, with great emotion, relive that event with all of us watching because of what we do know and what we do not know.  These good good people are forever tied to this thing.  It really is tragic.  But really, I am concerned that these amazing good people, all of whom care at the highest level of being who gave their very best, are contributing to a myth over time that sells the world a story that may not be complete or even true.

What We Do Know

What the general public does know about 911 is that the WTC, Pentagon and what was to be an alleged attack on the White House (Flight 93) happened on on September 11. Furthermore, the public knows that;

What We Do NOT Know

Some many things the general public do NOT know or are very confused about.  For example;

Of course, for the general public there are many more unanswered questions and we can go on and on. But really, today, we see good people in New York City plead and bleed out their hearts at the dedication of this museum.

And today, new leaders don’t even ask what really happened.  Instead, they just sell us the myth of what happened, give us speeches that sound sincere, and then go back to being corporate paid whores who continually sell out the U.S.A. without regard to real people who suffer for their power hungry mental illness, greed, and ambition for power.  Hey, at least they give good speeches right?