Watch “The Debate” at Press TV 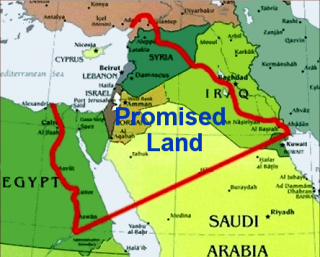 The Israeli regime favors the “partition” of Iraq with the help of the Islamic State of Iraq and the Levant (ISIL) Takfiri militants, an analyst tells Press TV.

“This is precisely what these hard-line Zionists want to do with Iraq. They are very happy that ISIL is in fact creating the situation that could lead to the partition of Iraq,” Kevin Barrett told Press TV in an interview.

He said the US, the Zionist regime and Saudi Arabia have been aiding, training and arming the ISIL militants who are currently fighting in Iraq.

He added that the trio has been “arming and training al-Qaeda-types for a very long time.”

“I think it’s time for the US government to put its foot down and try to exert some control over its own activities, because it’s not in the US interests to have a group that’s vastly too extreme even for al-Qaeda to take over Iraq,” added Barrett.

The analyst, however, said disintegration of Iraq will not be in the interests of Washington and Riyadh.

“This is a good opportunity for the United States government to rethink its policies, to separate itself from the Zionist extremists and to work with these various countries, especially Iran, Russia, Syria, and the other regional players to come up with some kind of solution and to preserve the Iraqi national sovereignty,” said Barrett.

The ISIL militants have vowed to continue their raid toward Iraq’s capital, Baghdad. Iraqi Prime Minister Nouri al-Maliki has said that the country’s security forces would confront the terrorists.

Al-Maliki has blamed Saudi Arabia and Qatar for the security crisis and growing terrorism in his country, denouncing the Al Saud regime as a major supporter of global terrorism.