The US government’s strategy to create a unipolar world has foundered due to the emergence of a strong alliance between Russia and China, an analyst writes for Press TV.

“America’s unipolar hegemony is failing…. America’s plans for a unipolar world with itself as the only superpower are dead,” Jim W. Dean wrote in a column for the Press TV website.

The analyst added that the US foreign policy’s objective of “economic Cold War” has been revealed to everyone.

He referred to the recent multi-billion-dollar gas deal between Russia and China, saying the Western governments are angry that Russia and China are going ahead with the project “without huge spending in offensive weapons platforms.”

“The economic unions being formed in Asia are natural outgrowths of the developing economies,” wrote Dean.

Referring to the US sanctions against Russia over the crisis in Ukraine, he said the “financial terror weapon” long used by the West against other countries “is going down in history.”

“The current aggressive economic wars being pursued by Western financial elites are being viewed by more and more loyal security people as the biggest security threats their countries face,” he wrote.

Dean said Russian President Vladimir Putin has grown into “the most respected world figure” at a time that US President Barack Obama “is jumping off a cliff.”

He emphasized that plans by Russia and China to develop a vehicle currency is aimed at preventing the US from “using the dollar as a surreptitious financial weapon.”

“That is why America’s unipolar hegemony is failing. It was, from its inception, an attack on us all. We are onto the scam, and we don’t want to play anymore. I think that makes us all a threat to you know who.”

This is a Jim Dean follow-up news story on PressTV’s US superpower status threat to all, including Americans. 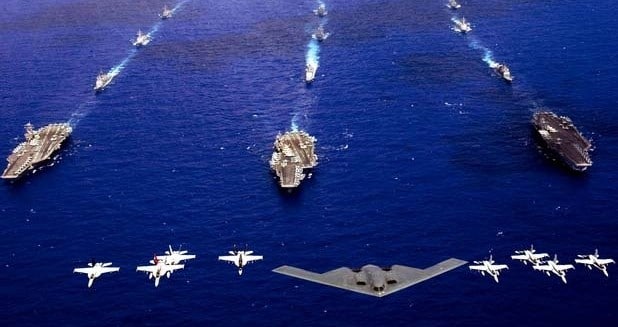