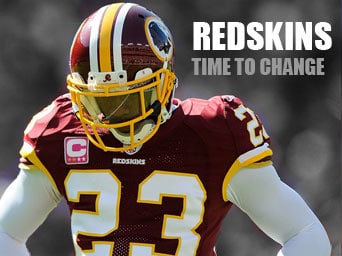 Its’ Time for Washington to Demonstrate Positive Good Energy Leadership by Action Indeed for the Whole World to See!  And the Redskins Too!

The name “REDSKINS” came to us from the 1930s; a time before most all of us were born, a time before civil rights or public awareness about racism and bigotry.  It truly was a different time then; when it was normal to have African Americans banned from sport leagues and sleeping in colored only motels.

As for our First Nation, the contempt was even worse. They were NOT even acknowledged and placed in refugee camps called “reservations”.

For me, I believe we ought to acknowledge how the word “Redskin” was used by settlers against our First Nation. It was a racial derogatory slur; plain and simple. Thus, I would NOT want to see any team named after a racial slur. In our new connected world, we can do so much better. 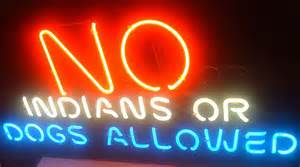 To me, it is appropriate for evolved civil competition in sport to represent the highest ideals of sportsmanship.

In fact I recently created a youth football team and had to name it.  In 2014, I would never consider using the names;

I strongly feel that when we collectively embrace our First Nation and others, not only in the USA but around the world, we place ourselves at the highest level of civility; truly world class.  This must be our aspiration.

Thus, I say we rename the team “Warriors” or even “Braves” and invite our First Nation to the table to become fans and reconcile placing our FIRST NATION in the Ring of Honor next to football heroes John Riggins, Doug Williams, and all the rest.

We do NOT need to change the logo.  Nah…the new name fits and honors the long standing tradition of our First Nation in a respectful and civil way.  We all win when we collectively respect, compete and demonstrate world class sportsmanship.  It permeates our culture and the actions in deed affect our kids and future generations in ways that mere words cannot do alone.

As a famous U.S. President once said “In a rising tide, all boats rise” or maybe he said “Win one for the Gipper” or maybe it was both!   Hum?  What I do know is that we’re all human beings, not just some of us!

Our First Nation is a treasure and we must honor it at the highest level; thus honoring ourselves in the process!  I welcome your comments.