Home World What if Hamas dumped all their rockets in the sea tomorrow? 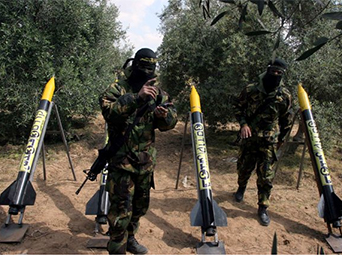 West Bank Palestinians DO NOT fire rockets, yet there is no sign of an end to their misery and oppression.

The slaughter of innocents is necessary to stop Gaza rocket-fire. That’s what Israel says. “This isn’t about rockets from Gaza,” says Unite.

The union Unite is to be congratulated on its no-nonsense analysis and statement expressing solidarity with the Palestinian people. Especially at this horrific time. Unite is the biggest union in the UK and Ireland, with nearly 1.5 million members. Its mission is to strive for a society that places equality, dignity and respect above all else.

The statement on Palestine is an easy-to-digest description of the Holy Land situation in blunt language. Here is a key passage: “There will be no peace and no justice unless the root causes of the conflict are addressed. The roots of the conflict lie in Israel’s decades-long illegal occupation of the West Bank, the building of illegal settlements in the occupied territories, the forced take-over of Palestinian homes in East Jerusalem, and the effective establishment of an apartheid system that systematically removes the most basic human rights of Palestinians.”

Unite “calls on the UK government to demand the Israeli government halt its military action and to make it clear that should it fail to do so then a move for international sanctions will be launched within the United Nations Security Council and the European Union.”

“It’s about the brutal siege on Gaza, and the third military assault on a trapped population in less than 6 years. It’s about more than sixty laws that discriminate against Palestinian citizens of Israel.

Besides approving boycott and divestment, Unite go the whole hog and call also for sanctions against Israel for its continued illegal occupation, flouting of international law, and construction of an apartheid regime.

You can read the statement in full here http://www.unitetheunion.org/news/statement-of-solidarity-with-the-palestinian-people/ . One can only hope it reaches the widest possible public. Hopefully too it will encourage other major unions to take a more active role in securing Holy Land justice, if they are not already involved. Nothing would concentrate out politicians’ minds more.

The only thing I would add to Unite’s excellent briefing is sharp condemnation of US and UK policy that seeks to deny Palestinians the right to go to international law and insists that the only route to peace is through lopsided talks. This position is is morally indefensible, and those who advocate it may face the wrath of the growing BDS movement.

On the point about Israel’s repeated military assaults on Gaza’s trapped population, a PLO report reminds us that since 2006 (when Hamas was democratically elected) Israel has launched no fewer that six major onslaughts – “Summer Rain”, “Autumn Clouds”, “Warm Winter”, “Cast Lead”, “Pillar of Defense” and currently “Protective Edge”. These have caused 2,423 Palestinian deaths and 7000 injured, not to mention the massive wrecking of homes and vital infrastructure – essential context for any conversation.

I entirely agree about the rockets. During Israel’s infamous “Cast Lead” operation five years ago, in a piece entitled ‘The carnage in Gaza is not about Hamas rockets’ I posed the following questions…

What if Hamas dumped all their rockets in the sea tomorrow? Would Gazans enjoy the same freedoms as other nations? Would they be able to open their sea port to foreign ships and rebuild and operate their airport? Would they be able to import and export and carry on trade and develop their economy and prosper like other countries?

Would Israel clear out of Gazan airspace permanently? Would the Israeli navy cease its piracy and stay out of Palestinian territorial waters? Would you and I be able to visit Gaza direct?

Fat chance. None of this would suit Israel. So Gazans would be no better off. Their tormented half-existence would continue.

There are no rockets coming out of the West Bank. Yet the illegal Israeli occupation there continues and so does the ethnic cleansing, the land theft, the illegal settlements, the colonization, the demolition of Palestinian homes, the throttling of the economy, the abduction and ‘administrative detention’ of civilians and the massive interference with freedom of movement. Nothing has changed for West Bank Palestinians who DO NOT fire rockets. There is no sign of an end to their misery.

The bloody assault on Gaza therefore has much more to do with Israel’s ambition to expand racial dominance in the Holy Land and make their occupation permanent than crude and erratic rocket-fire from the resistance. Hamas and the Palestinians holed up in Gaza are simply in the way of the Grand Plan and have to be removed or totally subdued.

Nothing has changed – certainly not the aggression of the blood-soaked delinquents in Tel Aviv.

These words are printed on a tee-shirt I sometimes wear. They cut through the propaganda crap straight to the true cause of the recurring unpleasantness in Gaza (and the West Bank).

“They stole my land,

But I am to blame: I shot a rocket back.

So they stole more of my land,