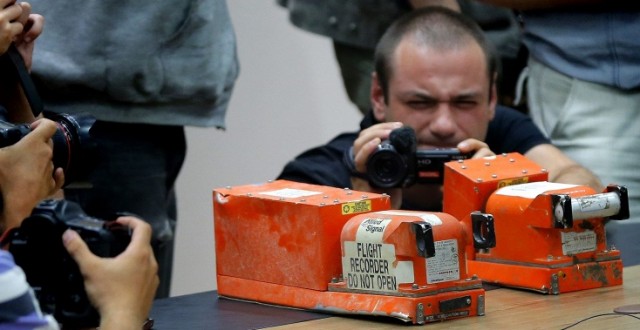 Western leadership shot down in Ukraine

Irresponsibility on steroids is all we have seen from 95% of the Western statements coming out on the Malaysian plane crash in Ukraine.

The Kiev government, who can’t tell the truth about anything, is still comfortably in first place, soon to eclipse “Baghdad Bob” for the gold medal of bogus claims. Bob was Saddam’s press spokesman telling us that Iraqi forces were destroying the American invaders.

Without even a token amount of time allowed to sift through the evidence of this horrible tragedy right in the middle of a war zone, a totally unnecessary one, Western leaders and politicians have been tripping over each other playing Mr. Tough guy with baseless accusations and threats toward Russia before the dead were collected.

Whoever fired the missile or placed the bomb that blew up flight MH17 has now been outdone by salvos of hate fired east at Russia by Kiev and its new Western allies. At the top of America’s list is the rant by UN Ambassador Samantha Power that looked like she must have been on drugs or something. It ranks as one of the most incoherent statements ever made by a diplomat.

Her first mistake was to reference a Kiev-supplied social-media recording of the rebels celebrating shooting down an airliner. Normal protocol requires that no top government official ever use an audio recording in a major address until the CIA has determined that it was not a fake.

This one was compiled from three different clips, and done in a hurry. It seems a town 100 kilometers away from the alleged launch site is referenced. It is later discovered that these piecemeal recordings were discussing one of the earlier shoot downs.

With the US president standing beside her on the White house lawn, Power claimed East Ukraine separatists were the “most likely” culprits, yet allowed they did not have the skills, so Russia “probably assisted” them. But, she gave not a shred of real evidence.

That any major power would put a sophisticated high-altitude missile system in the hands of civil war participants, a hugely expensive one I might add… that idea is dead on arrival. It is inconceivable that any military chief of staff would allow something so crazy. Anyone who would even suggest such a thing would be sent out for mental observation.

The inference here is that the Russians had magically moved a SAM missile battery all the way from the border to the firing position.

But with US satellites monitoring all movements during this war, to supply itself, NATO and Kiev updated battlefield Intel, any move of Russian armor into Ukraine would have been spotted and Ms. Power would have shown us a nice big blowup photo, a la Cuban missile crisis, where the Soviet missile batteries were shown at the UN.

US and Russian spy satellites can track a tank shell being fired, not just see it fired, but see its flying through the air, and read a license plate, the uniforms of the troops… and yes, they can see everything moving at night. Both sides have huge digital maps showing the exact disposition of the forces on both sides.

A ground to air launch would be spotted in the first few seconds, the trajectory calculated and an emergency notice sent out with the GPS location to warn any aircraft in the area. The coordinates would immediately go to any commands capable of a counterstrike on the battery, so they could lock and load and wait for the order to fire. This is what the modern battlefield is like. Gaining a few seconds edge can be life or death in avoiding a disaster.

US satellites saw everything that happened, so the idea that an investigation is needed to determine the cause is a bad joke. You have not seen any overhead photos of the crash site, because the wide area of the wreckage is inconsistent with a missile shoot down, but something else they want to keep out of view.

The Russians let the cat out of the bag by admitting that their satellites had picked up a missile battery turning its tracking radar on. Of course they would have the GPS coordinates, and also the track of its firing, and the command intercept orders to do so, but did not disclose this.

It is known that both the US and Russia have all this, and neither the Netherlands nor Malaysia has demanded that the satellite information be released.

Ms. Power knows all of this, and with the president standing right beside her she was just lying to us all like we were just farm animals, versus citizens of an alleged democratic country.

Power should resign for her outrageous and incompetent performance, but Obama seems to have a fire proof staff, no matter how poorly they perform their jobs… a very dangerous situation when such people are at the helm of our national security, or insecurity, as the case may be.

As for our Congress and Western media, they are beneath contempt. It is like the real ones have been kidnapped and replaced with doubles as part of a science fiction psyops. They all spin the same pre-prepared talking points confirming who will be blamed, despite that being impossible to determine from the information they have at hand.

But they don’t care. It was simply a Russian bashing exercise for which they were primed anyway, and happy to get to time in front of the TV cameras.

But today my special contempt is for the Western leaders who also got on board the blame-Russia charade. From the beginning, every statement the Russians made was in support of an international investigation, even acknowledging that the country where it had happened bears primary responsibility for that. He did this when we all know that Kiev is the winner for the best motive contest, while the separatists and Russia have no motive.

All of the Western leaders, like the Brits, who have make threatening statements toward Russia and Putin, are aware of what the satellite Intel has revealed.

That is why they all have some qualifiers and some token wiggle room on their comments like “if it is determined that the Russians assisted”, etc. They are all lying by omission as the NATO countries especially have already been briefed.

They are, as a I am beginning to “rename” them, phony, fake or on a kind day… cartoon democracies, a form of governmental costume that they wear depending on the occasion.

The delay in getting the first outside investigators on scene, despite a war going on, was spun as evidence tampering, with no explanation given as to how citizen militias with no crash investigation experience would know how to do that. When the bodies were left out in the sun for a day, the screams of disrespect for the dead were soon to follow.

And when they were collected and moved into cold storage the following day, new screams of tampering with the evidence became the Western rage for the day. It was an embarrassing and pitiful display of national statesmanship which could have only been performed by a debased leadership.

What did the Russians do? …everything by the book. They said they would not accept any black boxes, that they should go through the established chain of evidence to the international investigators.

Putin and Lavrov had numerous calls with all of their counterparts all agreeing on a quick and impartial investigation, while the Western faction had their minions bashing the Russians for obstructing the investigation and threatening increased sanctions in retaliation.

Before the corpses had even gotten to the morgue, the West leaders were trying to milk all the new-sanctions momentum they possibly could from the tragedy. Meanwhile, back at the ranch, how many of these same people were bashing Kiev for its not having made a single arrest or issued a preliminary report on the Maidan killings?

We already know at VT that foreign mercenary contract killers were brought in to do the Maidan work and quickly exited the country. This eliminates a local guy bragging to his friends, family, or girlfriend, or shooting his mouth off while drunk in a bar one night.

When you use foreign killers, they are much easier to get rid of afterward, as their disappearance or accidental mishaps get no attention whatsoever. They are shadow people.

How much interest has the West shown in Kiev’s having become mercenary Central, deploying such thugs not only in the behind the scenes Intel and logistics slots, but as frontline units with bounty payback for their assassinations, some of this funded by the oligarchs? There has not been a peep from Western leaders about mercenaries “interfering” in a peaceful resolution of the conflict.

So yes, I will be returning to this theme of how, in the year 2014, we find ourselves plagued by Western leaders that give even the word a bad name. I will not be doing this as a personal Jihad. It is completely justifiable on national security grounds.

Such a collective leadership of such low quality assures us of a continual stream of foreign policy and financial disasters. And if you want some proof, just look back over the last 15 years, and you can find all that you can bear to read. But be sure to get your anti-depressant medication prescription refilled before you start. You will need it.