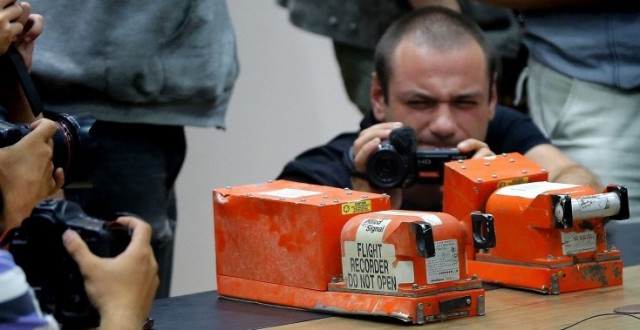 US is politically exploiting recent plane crash over Ukraine

Jim W. Dean with the VT told Press TV in a phone interview on Saturday that while US officials are “feigning concern for the dead, which is just completely a lie, their whole focus is to try to exploit it politically and it’s an outrage.”

After Malaysia Airlines flight MH17 crashed in eastern Ukraine on Thursday, killing all 298 people aboard, US officials immediately began to point the blame finger at Russia, saying their intelligence shows the plane was shot down by pro-Russian forces using a Russian SA-series missile.

On Friday, President Barack Obama said evidence indicated that the Malaysian jetliner was shot down by a missile launched from areas inside Ukraine controlled by “Russian separatists.”

It “is not possible for these separatists to function how they’re functioning … without sophisticated equipment” and Russian support, Obama added.

Dean said that Obama’s concern with the deceased is questionable since he did not condemn the murder of people in Kiev by opposition forces as they overthrew the elected government of Ukraine.

“We didn’t see language like this when the people were murdered in Kiev” where opposition leaders “basically had just a bunch of outside killers come in and shoot everybody out and overthrow the government,” he said.

Dean also said that Obama never even “lifted a finger to try to find out anything about 9/11, never addressed having an independent, under-oath investigation to find out what happened to those 3,000 people.”

President Obama’s statement blaming Russia for the plane crash before there has been an investigation is “just political exploitation on steroids when these 298 people haven’t even been gathered up from the flight yet,” the analyst concluded.