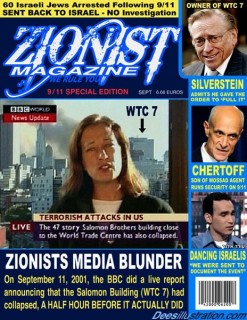 Why is Israel committing suicide? Netanyahu’s genocidal onslaught in Gaza has done more to delegitimize the Zionist entity than the work of all the world’s anti-Zionists put together.

Yet the Israeli military cannot stop the Palestinian resistance; from an Israeli standpoint, the hecatomb in Gaza serves no military or strategic purpose. Is Israel insane?

That is a rhetorical question. The real question is: WHY is Israel lashing out like a nation gone mad?

At least since the first Intifada – and arguably since 1948 – Israel has had a de facto official policy of butchering Palestinian children. (For details, see my recent article “Child-Killing Sociopaths of Israel.”)

But until now they were sane enough to hide it.

Today they are bragging about it. On the very day I wrote my article about Israel’s policy of intentionally mass-murdering children, Israeli sniper David D. Ovadia posted a picture of himself with his sniper rifle on Instagram boasting: “I killed 13 childrens (sic) today and ur next ***ing muslims go to hell bitches.”

Rather than prosecuting this war criminal, the Israeli media and authorities are making a half-hearted effort to cover up the crime – just as they did with the more than 600 sniper murders of defenseless children documented by British Medical Journal in 2004.

Last week the Israelis intentionally bombed a United Nations school full of refugees, many of them children, killing more than ten and wounding dozens. It was the seventh UN school they have bombed during the current round of slaughter. The previous time they butchered children in a UN school, Secretary General Ban Ki-moon called it “reprehensible.” This time he called the child massacre a “moral outrage” and a “a criminal act.”

The strategic insanity of such actions beggars belief. What do the Israelis think they are doing? Former US Senate Counsel Jeff Gates, author of Guilt by Association, argues that Zionist actions, no matter how crazy they look, are the product of elaborate strategic calculations. The Zionists, he writes, are masters of game theory – a psychopathic technique for following utterly amoral mathematical self-interest in pursuing ones objectives.

If Gates is right, the Zionists must be taking desperate measures because they are in a desperate situation. In my recent article “Israel: A cornered rat” I explained why the Israelis are desperate: The are facing a demographic challenge; the Palestinian resistance is getting better at asymmetrical warfare; and global public opinion (especially American public opinion) is gradually, inexorably turning against them.

But I left out what may be the most important factor: The slow, steady progress of the 9/11 truth movement.

The past week brought three landmark breakthroughs for 9/11 truth. First, Richard Gage AIA, founder of Architects and Engineers for 9/11 Truth, made a brilliant appearance on the American public affairs channel C-Span. It was the first time since 2006 that C-Span had given national television coverage to the 9/11 truth movement. (I organized the first nationally-televised C-Span 9/11 truth event – David Ray Griffin’s “9/11 and American Empire” talk at the University of Wisconsin-Madison in 2005; and then in June 2006 C-Span covered a Scholars for 9/11 Truth event in Los Angeles.)

C-span covered my speech at U Wisconsin in 2005.

At this rate, I suspect we can expect C-span to cover us again in 2023.

However, thanks to your presentation, along with the organization you have built, all the architects and engineers you have convinced, and your successful speaking tours, and media coverage, we can hope things will go a little faster.

Congratulations for all of your successes!

The second 9/11 truth breakthrough this week was the success of the High Rise Safety Initiative in New York City, which would force a new investigation of the obvious (but officially denied) controlled demolition of World Trade Center Building 7. Organizers of the initiative finished gathering the 100,000 signatures they need to override a mayoral veto, virtually guaranteeing that the initiative will be voted on by the citizens of New York. Since Architects and Engineers for 9/11 truth has acquired WTC-7’s blueprints and found slam-dunk proof of demolition, and since organized crime kingpin Larry Silverstein’s confession to demolishing WTC-7 has become widely known, the new investigation by New York’s Department of Buildings is threatening to rip the lid off the Pandora’s box of 9/11 scandals.

The week’s third 9/11 truth triumph was in the US Congress. The effort to force the declassification of 28 top-secret pages in the Joint Congressional Inquiry got a huge boost when two more Congressmen, Representatives Thomas Massie (R-KY) and John Duncan (R-Tenn), joined the campaign – a bipartisan effort spearheaded by Rep. Steve Lynch (D-MA) and Walter Jones (R-NC), and vocally supported by former Senator Bob Graham (D-FL).

A few days ago Sen. Graham once again spoke out, saying: “None of the people leading this investigation think it is credible that 19 people — most who could not speak English and did not have previous experience in the United States — could carry out such a complicated task without external assistance.” Graham added that a “huge breakthrough” is coming for 9/11 truth.

Whose “external assistance” enabled the 9/11 attacks? Rep. Walter Jones, who has read the suppressed pages of the Report, blames “one or more foreign governments.” The two countries on everyone’s lips are Saudi Arabia and Israel.

But back to the Saudis and Israelis.

In 2001 Saudi Arabia allowed the CIA to borrow fifteen Saudi intelligence assets and bring them to the US on “snitch visas” – special visas used to reward Saudi CIA assets with a trip to America. These fifteen young men, some from the Kingdom’s leading families, were shadowed, impersonated, and in some cases apparently replaced by doubles. (The pork-chop-loving “Mohamed Atta” in Florida was a fluent speaker of Hebrew according to his stripper girlfriend Amanda Keller.)

The Israeli Mossad appears to have been responsible for surveiling and setting up the 19 patsies, 15 of them Saudis, who would be blamed for 9/11; reports by journalists Christopher Ketcham and Justin Raimondo, and an investigative report by Carl Cameron of Fox News, revealed that Israel mounted the biggest spy operation ever against the US as it surveilled (or “ran”) the 9/11 hijacker-patsies. Hundreds of 9/11-related Israel spies were arrested; all were quickly released on orders from above.

The Israeli Mossad also set up the controlled demolitions of the Twin Towers and WTC-7. Zionist crime kingpins Larry Silverstein, Lewis Eisenberg and Frank Lowy arranged for the condemned-for-asbestos World Trade Center to be “privatized” two months before 9/11 and doubled the terror insurance; and Mossad agents Paul Kurzberg, Silvan Kurzberg, Israelis Yaron Shmuel, and Omer Gavriel Marmari were arrested on the morning of 9/11 as they were filming and celebrating their agency’s handiwork. Though the 9/11-perp Mossad agents failed polygraph tests, Michael Chertoff, a US-Israeli dual citizen then in charge of the FBI’s Criminal Investigation Division, killed the investigation and ordered the “dancing Israelis” sent back to Israel.

Three Israelis were also arrested in New York on 9/11 with a truck load of explosives in an apparent effort to blow up the George Washington Bridge. Chertoff ordered mobbed-up New York Police Commissioner Bernard Kerik to destroy all records of the arrest, and witnesses have been murdered; but the New York Police audio recording of the arrest escaped destruction and can be heard on YouTube.

This is only a tiny fraction of the evidence implicating Israel in 9/11. For more information, visit the Wikispooks web page entitled “9/11: Israel Did It.”

What can Israel do about the coming revelations of its role in the 9/11 attacks?

The answer is simple: Israel must “flee forward” into an ever-widening spiral of global war; because if peace ever breaks out, America’s post-9/11 wartime State of Emergency will end, secrecy restrictions will be lifted, 9/11 will be investigated and prosecuted, Israel will be exposed, and Zionism and US imperialism will go the way of apartheid South Africa and the Soviet Union.

That explains why the neocon Zionists are pushing for a wider war in the Middle East by madly tormenting the Palestinians, supporting sectarian terrorist groups like ISIS, and pushing for a US attack on Iran. It is also the reason the Zionist neocons are pushing so hard for a war with Russia. If a nuclear World War III breaks out, Israel’s role in 9/11 will be at least temporarily forgotten.

Maybe they call that strategic thinking. I call it madness.