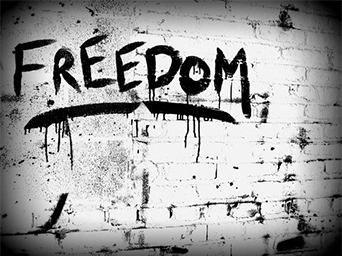 As per the 2005 promises. That’s all the Gazans want

I have just received a very disappointing reply from my true-blue Tory MP to pleas for real government action over the slaughter in Gaza.

A similarly worthless response has been received in other parts of the country so I conclude that the ex-Etonian didn’t pen the twaddle himelf. More likely it was the work, as usual, of a Foreign Office scribbler trained by Mark Regev’s hasbara unit in Tel Aviv.

“Israel has a right to defend itself against indiscriminate rocket attacks”, it said. But no such right can be claimed when Israel is the illegal occupier inflicting collective punishment on its victim — a war crime, as everyone knows. Civilian casualties indicate it is actually Israel’s bombardment that’s indiscriminate, even with state-of-the-art weaponry.

And, as my MP must be aware, Hamas are entitled to put up armed resistance against an invader with any weapons at their disposal.

Actually they only have to retrace their steps a short distance to 2005 for a pretty clear view of the underlying causes. I set these out in another article a week or so ago. But they bear repeating for the benefit of the dull-witted loafers who crowd the corridors of power in London and Washington. When Israel “disengaged” from Gaza in September 2005 (i.e. pulled out its ground troops and squatters while continuing to occupy Palestinian airspace, coastal waters and crossings to the outside world) it signed an Agreement on Movement intended to maintain and develop Gaza’s economy and set the scene for a viable Palestinian state. The Agreement, drawn up by the US and sponsored by the Quartet, was launched by Condoleezza Rice (US Secretary of State) and Javier Solana (EU High Representative) in Jerusalem on 15 November 2005. http://unispal.un.org/UNISPAL.NSF/0/C73B42AA9C864783852570BA0064EF7E

“First, for the first time since 1967, Palestinians will gain control over entry and exit from their territory. This will be through an international crossing at Rafah, whose target opening date is November 25th.

“Second, Israel and the Palestinians will upgrade and expand other crossings for people and cargo between Israel, Gaza and the West Bank. This is especially important now because Israel has committed itself to allow the urgent export of this season’s agricultural produce from Gaza.

“Third, Palestinians will be able to move between Gaza and the West Bank; specifically, bus convoys are to begin about a month from now and truck convoys are to start a month after that.

“Fourth, the parties will reduce obstacles to movement within the West Bank. It has been agreed that by the end of the year the United States and Israel will complete work to lift these obstacles and develop a plan to reduce them.

“Fifth, construction of a Palestinian seaport can begin. The Rafah model will provide a basis for planned operations.

“Sixth, the parties agree on the importance of the airport. Israel recognizes that the Palestinian Authority will want to resume construction on the airport. I am encouraging Israel to consider allowing construction to resume as this agreement is successfully implemented…”

Israel failed to honour any of these promises.

Then, in 2012, Operation Pillar of Cloud ended with an agreement in which Israel promised to cease military incursions into Gaza by land, sea and air, cease the targeting of individuals, and “open the crossings and facilitate the movement of people and transfer of goods, and refrain from restricting residents’ free movement and targeting residents in border areas”. Israel fulfilled none of these obligations.

Government MPs keep saying — and mine said it again in his letter — that a negotiated two-state solution is the only way to resolve the conflict and “no other option exists”. Surely it is time to stop spinning this tired old lie. British governments have pursued a “negotiated” two-state solution for decades and never come close to delivering it. It is a discredited policy. The letter ends by saying: “I can assure you the UK will work with all parties to make progress towards this goal.” Well, we have seen the shoddy work his government does, shackled to the US-Israeli agenda for endlessly delaying action so that the occupation may become permanent. We hear precious little of justice, of Palestinian rights or Palestinian security, of implementing UN resolutions, of conforming with international law, of ending the occupation. This craven government couldn’t even bring itself to support a UN inquiry into war crimes committed in Gaza. No progress towards peace has been achieved. Nor will it ever be with leaders like Cameron whose undying loyalty is pledged to Israel.

Instead of covering the same old ground and uttering the same old mantra time and time again, trying to make the situation appear insurmountable, all the government and its international partners need to do is implement the 2005 agreement — and use sanctions if necessary to make it stick. Britain’s Conservatives are gung-ho with sanctions, often leading the charge… against Iraq, Iran, Burma, Libya, Syria, Russia, even Palestine (via the EU, remember?). The UK loudly condemns Russia’s illegal annexation of Crimea and has been at the forefront of EU measures to impose sanctions, including asset freezes, export restrictions and an arms embargo. But when the vilest terror regime of all illegally annexes Palestinian territory the UK rewards it and won’t hear of sanctions.

Just as I was signing off an unsolicited email from foreign secretary Philip Hammond arrived in my inbox. On the Gaza situation it says:

“The current negotiations are not easy. But there is no other viable option than a comprehensive negotiated solution that will allow both Israeli and Palestinian people to live in peace and security.

“Ultimately, we must see a return to talks on a negotiated two-state solution, which remains the only way to resolve the conflict and end the human suffering it causes once and for all.”

See what I mean? Same old, same old waste of time. What is the point of negotiating new terms when the old ones have been ignored?

My MP says Britain is working with international partners to achieve an end to Israeli operations against Gaza. Does this mean an end to all harmful operations — the blockade, the continual overflying, the interference with fishing and other shipping and the constant invasion of Palestinian territorial waters? Will this international effort restore to Palestinians their seaport and airport, as per the 2005 promises?

While they’re about it, how about an end to operations against the West Bank too? No rockets coming from there.