Home Government The Arabs and the New World Disorder 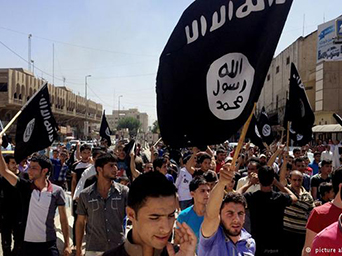 It sad and tragic that the Arabs have not learned from history, perhaps they simply refuse to recognize the role history plays in building and destruction of nation states. Though the first word of the Holy Quran is “Iqra’”, it seems the last thing Arabs do is “read”.

Not so sure how many officials, intellectuals and political thinkers remember when the former and infamous Secretary of State Condoleezza Rice introduced the term “ The “New Middle East” in Dubai in June 2006 at the height of Israel’s war on Lebanon.

In a joint conference in Tel-Aviv between Condoleezza Rice and former Prime Minister of Israel Ehud Olmert, Rice launched her vision of a “New Middle East” with Lebanon being the first country to witness this New Middle East Disorder.

To achieve such conditions, the US and Tel-Aviv cooperated and planned to generate “conditions of violence and warfare throughout the region” with the US, Britain, and Israel redrawing the political borders of what we know today as the Arab World and the Middle East. When I say the Arabs do not read, let alone write history, I mean what I say.

Since that time, we saw the invasion of Iraq resulting in the creations of a failed corrupt, bankrupt divided “State” along sectarian and political lines with no hope for the future with hardly any semblance of political let alone military institutions to guard the threatened sovereignty of the country.

Libya is even worst off today. With the fall of Qadafi and the failings of the political and intellectual’s leadership of post Qadafi, we see the country not on the verge of civil war but in fact at the beginning of a very destruction civil war that will take years to heal, if ever. Forget about Sudan, nothing will ever help such hopeless nation.

Though Hosni Mubarak no longer rules Egypt, even with the millions who pushed for his ouster in “Tahrir Square”, Egypt today is in even worst position that it was under Mubarak. The people revolution failed to create new conditions leading to a more open, transparent dynamic and accountable democratic corrupt free state.

The Muslim Brotherhood failed to understand their slogan “Islam is the Solution” is a mere slogan that could never understand let alone address and solve the chronic conditions in Egypt as a result of some 60 years of military dictatorship.

The Muslim Brotherhood failed to understand the power and resilience of the Deep State and that the military elite in Egypt will never give up power and take a back seat to a civilian government. Such stupidly and recklessness on the part of the Muslim Brotherhood gave way to the “Deep State” and the military to re-emerge as the ruling and only governing institution in Egypt and abort the people’s revolution.

Syria is of course another story. A popular uprising demanding not symbolic reformation of the “One Party State” and the “rule of a family dynasty” but truly country of full of citizenship to every one irrespective of family or political affiliation, to an open society with freedom of expression and association and transparent government.

This popular uprising gave way to a violent uprising that saw the destruction of Syria with Bashar and his militias initiating their war against the Syrian people and the Syrian state. Bashar and his family were not about to give power as they saw in Libya.

The civil and social upraising after persisting for 18 months turned violent when the Syrian army opened its tank fires and began to drop explosive barrels from helicopters on the Syrian people.

With encouragement of the US, some Arab states gave political financial and military support to a fledgling militia and a fragment self serving incompetent “exiled leadership” only to discover that the US was not about to give the kind of material (air defense systems) support that later may endanger the homogeneity and superiority of Israel over Syrian airspace. Leaving both fighters and civilians vulnerable and sitting ducks to daily attacks by the Syrian air force.

Both the Syrian militia and the Arab states who supported the uprising failed to understand that the US and Israel and to some extent the UK will now allow the emergence of any group that may form the conditions for a democratic state that will not be subjected to the total military dominance of Israel over the entire region. True accountable democracy and stable institutions are the biggest threat to the security and existence of Israel.

Tunisia and to some extent faired somewhat better. Thanks to a wise political and intellectual leadership that saw what happened in Libya and Syria and to some extent Egypt, worked very hard to create the right conditions moving foreword toward rebuilding the New Republic of Tunisia.

Yemen is another story. When all expected Yemen uprising to be the most violent given the nature of tribal society and the large number of weapons in the hands of the population, the “Yemeni Uprising” continues its march toward rebuilding a new state and new institutions, notwithstanding the promotion of dividing the country along sectarian, tribal even regional lines.

The jury is out and deliberating on Yemen and we have to wait and see what the wisdom and maturity of the political, intellectual and even military leadership can do to avoid a destructive civil war that will destroy what little remained of a much weakened and fragile state.

If the Arab Gulf States think they are immune to the danger of redrawing the political map of the “New Middle East”, they better think not twice but a thousand times. There have been proposal already on paper calling for the division of Saudi Arabia along sectarian, tribal and regional lines and the other Gulf states must not feel too immune to such destructive planning by the US and its only ally Israel.

I must put the blame on the Arab political leadership that continued to cling to a dictatorial partnership between the military, certain political, economic and financial elites, that over 40 years simply failed to open up and transform the political system slowly and gradually managing such transformation and avoiding the inevitable violent uprising.

They all failed to understand history, that corrupt dictatorial and police states will sooner than later fall apart and that in the absence of a wise intellectual and political elite (something the Arab World badly needs) paving the way for chaos and destruction.

The fall of the Soviet Union with its 40,000 warheads, the fall of dictatorship in Portugal, in Spain, in Chile, in Brazil, even in Central America, in Indonesia, must be a lesson the Arabs sadly, did not learn from. Too bad the Arab World lacks and never had the kind of wise, mature political leadership for a post “ Arab Spring” a leadership that can lead and build nations of citizenship, equality of opportunity and transparent, corrupt free government. I do not recall Arab “thinkers” with a vision for the future “Arab” state.