The Anti-Defamation League (ADL) called it a “hatefest.”

They were referring to the second annual New Horizon Conference in Tehran, which brought together dozens of the world’s most notable activists, scholars, pundits, filmmakers and writers – all of whom have contributed to dismantling or questioning hegemonic narratives peddled in mainstream Western institutions.

Two American stars of this year’s conference were Gareth Porter, a widely-respected investigative journalist who has exposed the Israeli-Mossad-manufactured “Iran nuclear crisis”; and Medea Benjamin, a high-profile peace activist who has boldly and colorfully challenged American and Israeli war-mongers. 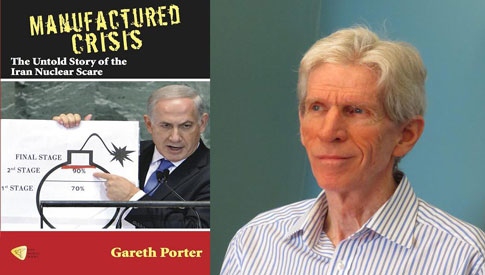 The ADL – an unregistered propaganda bureau of the Israeli government – is tasked with punishing Americans whose views deviate from the received wisdom manufactured in Tel Aviv. In the ADL’s press release attacking the New Horizon Conference, Medea Benjamin and Gareth Porter were singled out for special treatment. It seems that Zionism’s Orwellian “Ministry of Truth” is especially terrified that people like Gareth Porter and Medea Benjamin, two accomplished and credible voices of the mainstream American left, will join forces with the broader global movement against the New World Order.

The ADL press release, like its various newspaper re-prints, gives no information whatsoever about any of the ideas discussed at the Conference. Instead, it simply lists the participants and attacks them with empty ad hominem insults. The ADL’s extremely brief press release names 15 Conference participants and hurls 22 insults, including “conspiracy theorist” (seven occurrences), “anti-Semite” (five occurrences), “holocaust denier” (five occurrences) and “anti-Israel” (seven occurrences).

By hurling these empty insults, the ADL is following the program outlined in Edward Luttwak’s book Coup d’Etat: A Practical Handbook. Luttwak’s immensely influential book is a step-by-step guide telling Zionists how to stage a coup d’état in the USA. Published in 1968, it became the bible of the decades-long neoconservative-Zionist plot that came to fruition on September 11th, 2001.

In Coup d’Etat: A Practical Handbook, Luttwak advises Zionists to mount a stealth coup, not an overt one. Recognizing that some people will oppose the coup, or the new policies it enshrines, Luttwak urges the Zionist coup faction to refrain from killing or arresting its opponents insofar as possible, since killings or arrests would only expose the coup and invite more opposition. Instead, he argues that opponents of the coup can be silenced or marginalized by attacking them in the media with “unlovely terms” – Luttwak’s euphemism for insults like “conspiracy theorist,” “anti-Semite,” “holocaust denier” and “anti-Israel.”

When my friends and fellow conference participants including Ken O’Keefe and Wayne Madsen heard that the ADL had attacked the Conference, everyone’s first reaction was laughter: “I hope they didn’t leave ME off the list!” Being on the receiving end of an ADL attack is now widely viewed as a high honor almost comparable to a Pulitzer or Nobel Prize. 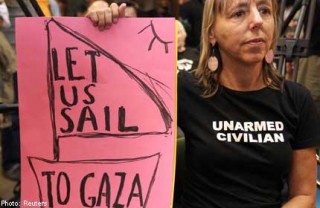 But for people like Gareth Porter and Medea Benjamin, whose social world is the mainstream antiwar left, the ADL’s insults carry a price. Much of the American peace movement is still living in the media-constructed matrix in which the counterfeit verbal currency of terms like “holocaust denier,” “anti-Semite” and “conspiracy theorist” can still steer herds of people – rather in the same way that carefully timed gunshots can cause a moving herd of sheep or cattle to rapidly change direction and follow the path to the slaughterhouse.

But the power of Luttwak’s negative-emotion-evoking “unlovely terms” has declined to the point that such mainstream-compatible figures as Gareth Porter and Medea Benjamin are no longer afraid to come to Tehran to exchange ideas with people who routinely violate all of the West’s most significant intellectual taboos. That is why the panicked Zionists unleashed their ADL attack dogs against Porter and Benjamin. The Zionists are afraid that the wall they have built around the mainstream peace movement – to prevent it from being contaminated by the explosive “red pill” truths of the anti-New World Order movement – are crumbing. So they are attacking Porter and Benjamin in hopes of terrorizing other high-profile mainstream-compatible figures from following the same path to Tehran…and encountering the world’s leading thinkers who have freed themselves from the New World Order mind control matrix.

Like Gareth Porter and Medea Benjamin, I was once attacked by Zionists wishing to maintain the wall between explosive truths and mainstream institutions. All of Luttwak’s “unlovely terms” were hurled against me by Zionist witch-hunters when I was teaching at the University of Wisconsin, and researching and writing about 9/11, in 2006. (Oddly, I had never uttered a word about Jews or the holocaust; yet simply for questioning 9/11 I was called an “anti-Semite” and a “holocaust denier.”) The Zionists were trying to make an example of me in order to terrorize other professors into shying away from 9/11 truth – just as the ADL is trying to make an example of Medea Benjamin and Gareth Porter in order to prevent other mainstream-compatible leftists from encountering the matrix-shattering truths present at the New Horizon Conference.

While the Zionist mind-control mavens try to keep a “separation wall” between truth and mainstream institutions, they are simultaneously trying to prevent the construction of a new “separation wall”: the one dividing American interests from Israeli interests. The 9/11-anthrax operation was designed to seal in blood the special relationship between Israel and the USA, and to put Israel permanently in the driver’s seat. That is why the anthrax letters, mailed by Zionist agents in the US germ warfare program, read: “DEATH TO AMERICA. DEATH TO ISRAEL. ALLAH IS GREAT.” (Today, even the US government admits that the anthrax letters were a poorly-veiled false-flag attack by enemies of Muslims, designed to spread islamophobia.)

Thursday’s ADL press release begins: “Iran kicked off its anti-America and anti-Israel New Horizon Conference…” Like the anthrax letters (also written by Zionist propagandists) the ADL hit piece attempts to link America and Israel. The Zionists are trying to brainwash Americans into believing that America and Israel have the same interests and the same enemies…which, as Walt and Mearsheimer among others have shown, is manifestly not the case.

Will the Western world free its mind from the Zionist shackles that imprison it? More specifically, will Americans wake up before they are utterly destroyed by the Straussian neoconservatives who seized power on September 11th, 2001? If the answer to both questions turns out to be “yes,” the organizers and attendees of Iran’s annual New Horizon Conference will deserve a share of the credit.