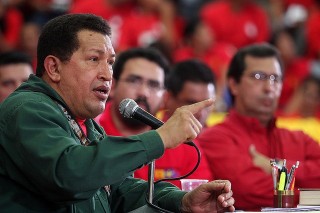 Part 3 of Counter-Intelligence: Shining a Light on Black Operations

“The Strategy of Tension” is Part 3 of a five part documentary by Scott Noble called Counter-intelligence: Shining a Light on Black Operations. In it, filmmaker Scott Noble offers a textbook examination of the use of “false flag operations” to manipulate public opinion and our elected representatives.

While “white” propaganda is openly acknowledged by the country that disseminates it (e.g. Voice of America), with “black” propaganda the state sponsor is hidden. A false flag operation is an extreme form of black propaganda (usually involving murder) which is falsely blamed on an enemy.

The CIA has a long history of planting bombs and creating mayhem to achieve specific political objectives. In 1953, CIA operatives posed as communists to plant bombs and threaten Iranians opposed to democratically elected people who didn’t support Mohammad Mossadegh. The instability this created laid the groundwork for a military coup that removed Mossadegh from power and replaced him with the fascist US-friendly despot Shah Mohammad Reza Pahlavi.

In a 2002 false flag operation, members of the opposition shot and killed their own protestors and blamed it on the Venezuelan military. They then used this atrocity to justify the CIA-sponsored coup against Chavez. This false flag was exposed when it came out that a video condemning the event was filmed before it actually occurred.

Most of Part 3 concerns Operation Gladio, an extensive network coordinated by the CIA, MI6 (British intelligence) and NATO, which orchestrated numerous false flag bombings, kidnappings and mass shootings throughout Europe between 1945 and the early nineties. By blaming the bombings and other terrorist acts on leftists and communists, the mission of Gladio was to discredit left leaning parties and to install repressive governments that were more friendly to US interests.

In Italy, Gladio was linked to the Masonic P2 (Propaganda Duo) Lodge, the mafia and Italian bankers, industrialists and fascists. In 1978, Gladio operatives kidnapped Italian prime minister Aldo Moro and murdered him. This was just after he went against Henry Kissinger’s warning not to incorporate the Italian communist party into his coalition government.

In Belgium, Gladio operatives pursued a strategy of storming supermarkets and mowing down shoppers with machine guns. By posing as leftists, they hoped to generate support for a right wing government that would agree to house American nuclear missiles on Belgian soil.

A Common Pretext for War

Some false flag events are totally fictitious – the enemy is merely accused of an atrocity which hasn’t actually occurred. The best example is the so-called Gulf of Tonkin incident in 1964, in which the Johnson administration accused the North Vietnamese of torpedoing the USS Maddox. Johnson used this non-event to justify a full scale land invasion of Vietnam.

Whistleblowers, researchers, historians and journalists who expose false flag events are commonly accused of indulging in conspiracy theories. The implication is that only people who are mentally unbalanced or grossly misinformed have any interest in exposing historical events that have been purged from the public record. According to Noble, this is a remarkably effective tactic for suppressing public discussion of government misconduct.