Without any surprise, the answer is a resounding “yes.” In essence, in a report released on November 19 (the “OIG Report”), the VA OIG found that the VHA did not have effective internal controls or follow existing controls to ensure adequate development, award, monitoring, and documentation of support service contracts.

Within a statistical sample of 95 support service contracts, the OIG found 1 or more contract deficiencies in each. Here are a few examples of the deficiencies found:

The Edge: Opportunities for veterans for starting businesses

I never anticipated business ownership as a job option after leaving the military, but I found that my service with the Navy resulted in a unique perspective that allowed me to more clearly see the point of view of others as well as my own. In particular, it gave me an advantage when I began considering moving my business away from commercial health care and into government contracting. I was able to evaluate projects as an engineer, an end-user and a taxpayer. Read more… 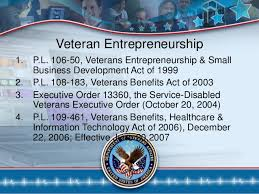 Last week many SDVOSB and VOSB received an email (I know I did—others, maybe not) to the effect of: “Get your SDVOSB certified here. Yes sportsfans, get certified right here–next to the snake oil and the tarot cards.”

Perhaps my sarcasm got in the way there just a little. Several of us tracked down Dun & Bradstreet Credibility Corp. Although ‘it’ has the appearance of a legitimate company that’s sympathetic to veterans – beneath the surface it’s anything but.

Keith King, a Service disabled veteran owner of Keith King & Associates, LLC and President of the National Veteran Business Development Council (NVBDC), did something for the benefit of all SDVOSB/VOSB…………………………….. 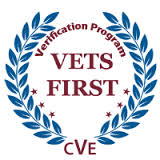 Though the Veterans Administration promulgated PL 109-461 in late 2006, VA has refused several times to uphold its own legislation. Although the Government Accountability Office (GAO) upheld decisions for Aldevra, Kingdomware, and Crosstown Courier Service, Inc., the VA flatly refused to abide by the decision impacting veteran owned businesses nationwide. On December 1, 2012, the VA Office of Acquisition and Logistics issued an agency-wide memorandum stating the VA would not abide by GAO’s conclusions/recommendations. This was a devastating blow to the VOSB/SDVOSB community because our contract set-asides were wiped out as if they never existed.

In the following letter from KingdomWare Owner Timothy Barton, asks that we support this attempt to force the VA to adhere to its own legislation in another court battle. This letter requests that VOSB/SDVOSB back this effort to hold the VA accountable to the law.

News from the Veteran’s Administration:

I hope that Mr. McDonald will not overlook the procurement process throughout the VA during his clean up. Our company has experienced corruption on many occasions.

They woods are full of SDVOSB Firms owned by people with money and a SDV as a front man. The Army is one of the worst agencies for allowing self-certified companies to compete and win construction contracts. It the VA auditors would follow the money trail this could be prevented and the owners or money men could be prosecuted. We have been audited every two years and are required to provide items that would expose the money trail. The self-certification program is a sham waiting to happen.

Dear Fortune 500: Veterans are NOT a “Flavor of the Month”

Baskin-Robbins recently announced its plan to honor military service members on Veteran’s Day with a new ice cream flavor of the month: “First Class Camouflage.” It looks delicious, and I’m thrilled that the company had the creativity and ability to launch the product.

Had the news release stopped there, I’d be at one of their stores purchasing some ice cream instead of writing this article.