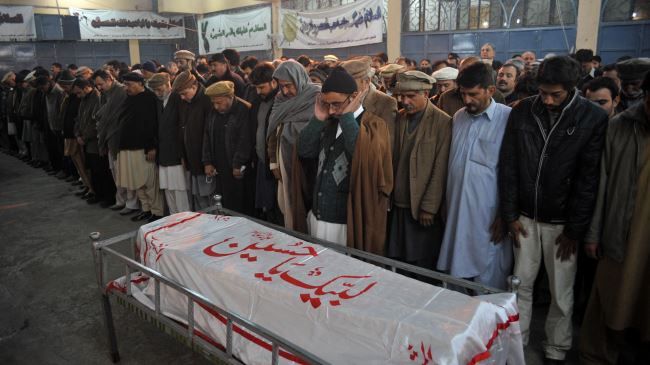 Most Americans are decent people. Naturally they are horrified by the massacre of over 100 children at a school in Peshawar.

They would be even more horrified if they knew their tax dollars had paid for it.

That’s right – it wasn’t America’s enemies that killed those children. It was US.

Jim Fetzer and I briefly covered this story on False Flag Weekly News.

But there is a lot more to say.

The US empire – sorry, I should call it the Bankster Empire – created the Pakistani Taliban to destabilize Pakistan. The ultimate aim is to take down Pakistan’s nuclear capability. Secondary goal: demonize Islam in general and the Empire’s Afghan enemies in particular.

Israel and India eagerly joined the project. Both have their own reasons for wanting to destabilize, dismember and destroy nuclear-armed Pakistan.

Today it is the Indian intelligence service, RAW – unleashed by the genocidal Islamophobe Narendra Modi – that has the most hands-on control of the so-called Pakistani Taliban. But the US Deep State, with its deep pockets from narcotics trafficking, is still in the picture.

The founding fathers of the Pakistani Taliban are people like CIA operative Raymond Davis, who got caught red-handed setting up terrorist attacks inside Pakistan. 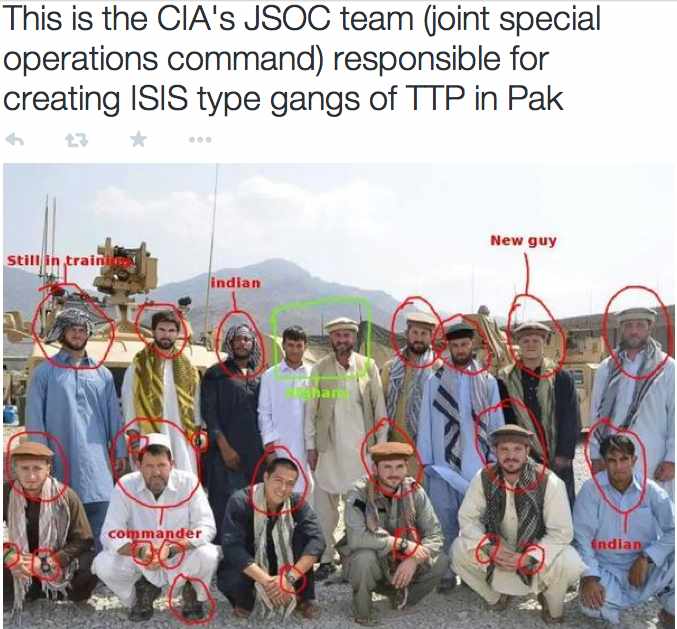 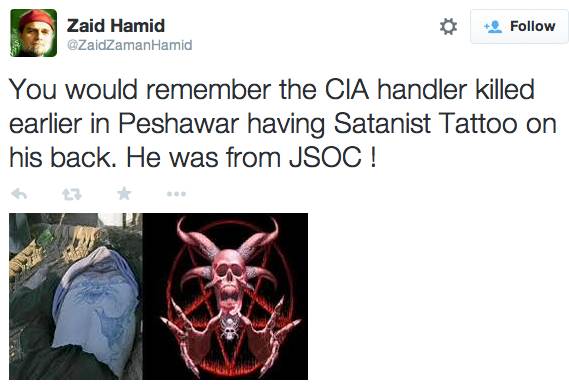 Just as CIA has created Free Syrian Army and Now Daish/ISIS, they had created TTP (“Pakistani Taliban”) in 2004, after recruiting Abdullah Mehsud in Guantanamo. Primarily, TTP was a CIA Black Ops. But due to its heavily religious content, Darul Uloom Deoband India /RAW joined in as ideological patrons. Slowly, CIA withdrew to Drone warfare only, using TTP assets as spies against Afghan Taliban/Haqqani BUT RAW took over anti-Pak ops of TTP.

Right now, TTP are based & protected in Afgh. CIA/JSOC uses them as spies. RAW uses them as ruthless war machine against Pakistan. So to fully eliminate TTP, we will have to eject CIA/JSOC from Afghanistan & also eliminate all Indian assets to isolate/destroy TTP fully.

Got that, Mr. and Mrs. America? YOU killed those kids in Peshawar.

The real war on terrorism is the war on false flag terrorism. The real terrorists are the Empire’s hired and brainwashed professional killers.

That would be you.