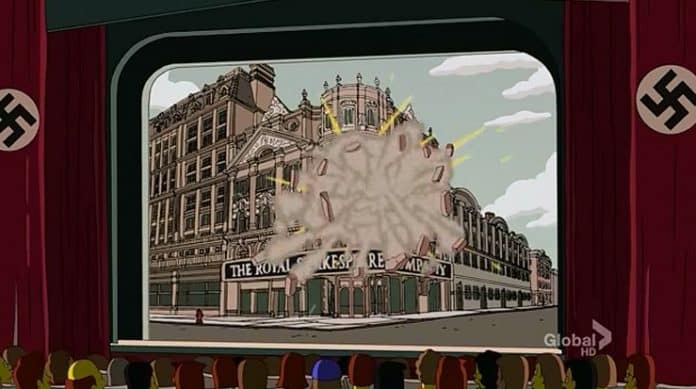 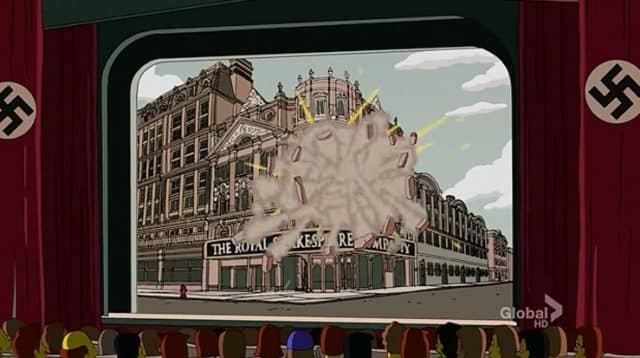 “All the world’s a stage, And all the men and women merely players; They have their exits and their entrances, And one man in his time plays many parts…” – Shakespeare, As You Like It

In the Golden Age of Western Theatre – the century or so spanning the not-quite-overlapping lifetimes of Shakespeare (1564 – 1616) and Molière (1622 – 1673) – stagecraft was such a disreputable enterprise that actors were buried in unhallowed ground. 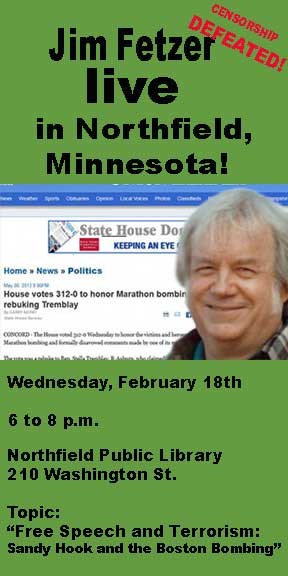 In our age of celebrity-idolatry, this seems odd indeed. But back then, when Western civilization was still rising, something seemed spooky, even borderline-demonic, about people who spent their lives feigning, lying, faking it, pretending to be people they were not.

Today, the distinctions between reality and illusion, news and entertainment, history and myth, have been annihilated. We are living in the Society of the Spectacle so presciently predicted by anarchist philospher Guy Debord.

Today, anyone who learns about a riveting public spectacle through corporate mainstream news channels, and believes the event actually happened as advertised, is quite literally clinically insane.

Such a person is like an audience member who climbs onto the stage to stop the murder of Julius Caesar, believing the assassination is actually happening before his eyes; or like a person in a movie theater who claws through the screen in an attempt to enter Middle Earth or the Starship Enterprise or some other alternate-reality-on-celluloid.

The people staging false-flag terror spectacles repeatedly get caught red-handed, and even confess after-the-fact. But that doesn’t stop them from fabricating more and more such events at an increasingly rapid pace. “The show must go on.”

More and more of our smartest commentators understand this – and are gaining the courage to speak out. Listen to Naomi Wolf (who in The End of America: Letter of Warning to a Young Patriot wrote sympathetically about my academic struggle to expose 9/11 as a staged spectacle):

The Boston Bombing, of course, was not a real bombing at all. It was a terror drill that went live, complete with fake blood and amputees playing the role of victims, broadcast to the public as a reality TV spectacular.

The Charlie Hebdo affair in Paris also betrays elements of stagecraft, such as an alleged AK-47 shot to the head from point blank range that has no visible effect except where the blank round’s wad kicks up some dust.

The Sandy Hook school shooting also appears to have been a drill that was filmed and broadcast as if it were an actual event:

“And one man in his time plays many parts…”

Such made-for-TV terror spectaculars are designed to entertain as well as instruct. They divert the sheeple from the meaningless humdrum of their daily lives and immerse them in a mythological realm full of excitement, violence and gore.

The entertainment also serves a hidden function: By blurring the line between fiction and reality, the terror circus’s ringmasters destroy their audience’s ability to think critically, understand the world and then act on that understanding by defending their own interests and values.

It is the sheeple who believe what they see on TV, not the “conspiracy theorists” who do not, who, in the immortal words of Zionist mind-manipulator Cass Sunstein, are hobbled by a “crippled epistemology.” And it is propagandists like Sunstein who are doing the crippling and mutilating.

Reality TV shows in the form of false flag terror events can happen anywhere. But quite often the producers, just like other Hollywood filmmakers, choose a locale with special flavor… 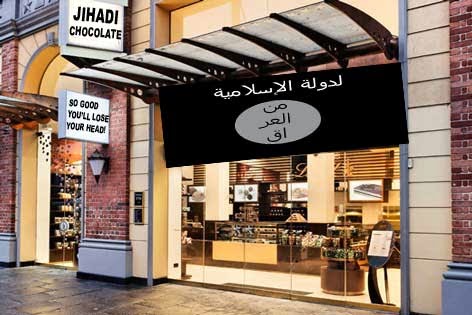 Downtown Manhattan was the perfect scene for the greatest disaster movie ever filmed.

From a Wisconsin Islamic leader:

I just first saw footage of the attack in France: those attackers were not Muslims. My certainty is based on a fine detail that is known among Muslims but would be easily overlooked by an outsider: the fact that those actors were putting up their left index finger while yelling Allahu Akbar. I realize it seems insignificant but Muslims would traditionally raise their right finger. Subtle but significant details like this can be seen in other portrayals of supposed Muslim acts; such as gold jewelry worn by the male actors… Look through some of these fabrications and you will see this phenomenon. As a litmus test know that Islam truly is about peace and the way of Muhammad is mercy. All else is suspect.

Apparently our false-flag terror theater producers cannot afford to hire Islam experts to go over their scripts and eliminate the mistakes. One of the most egregious screw-ups was “Mohammed Atta’s last will and testament,” supposedly miraculously discovered in one of his two magic suitcases.

“Atta’s will” begins: “In the name of God, myself, and my family…” Any Muslim four-year-old could tell you that the correct bismillah is “In the name of God the Merciful the Compassionate.” “Atta’s” version is ludicrous, blasphemous, and wildly un-Islamic.

But hey, if they’re going to hire a Hebrew-speaking pork-chop relishing hard-drinking coke-snorting pink-haired-stripper-dating casino-loving psychopath to play the role of “Muslim extremist Mohammed Atta,” they’re obviously not too worried about verisimilitude.

The latest “theater of terror” is the desert between Syria and Iraq, where a colorful gaggle of  mountebanks-posing-as-Muslims are staging a spectacle called “Islamic State: The Reality TV Show.” In an attempt to increase ratings, the producers are turning it into a Sam Peckinpah style gorefest, complete with beheadings, burnings-alive, buryings-alive, child murder, sexual abuse…the whole nine yards.

The special effects are being provided courtesy of SITE Intelligence Group, a Mossad spin-off, whose mise-en-scene expert, Rita Kaatz, keeps churning out B-grade islamophobia videos whose production values are right up there with Nakoula Basseley Nakoula’s. 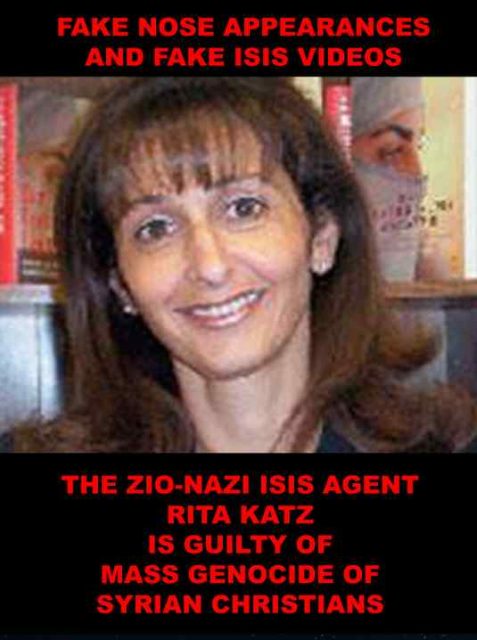 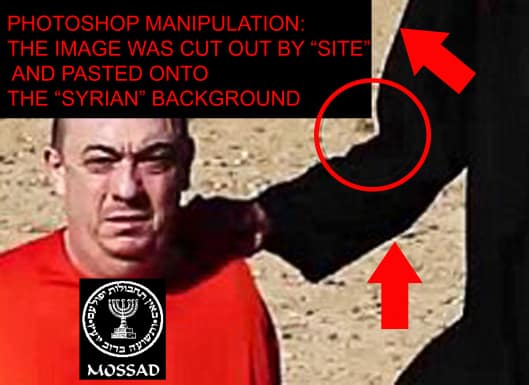 Just a few decades ago, the big screen was a symbol of unreality: It seemed significant that JFK assassination patsy Lee Harvey Oswald was captured in a movie theater; while Thomas Pynchon chose a cinema as the setting for his masterpiece Gravity’s Rainbow, in which we are all waiting for the nuclear missile that is screaming across the sky to begin its silent descent, faster than the speed of sound, and blow us up before we hear it coming.

Today, Zionist Hollywood is stepping down off the big screen, kicking down the walls of the theater, and blowing up our world with its Unreality Bomb. It’s as if Shakespeare’s theater company stormed off the stage, massacred the audience, burned the theater to the ground, and started scratching and clawing the earth with their bare hands in hopes of annihilating the very ground on which we stand.

The  collective psychosis that passes for public discourse today is a symptom of the death throes of our terminally decadent civilization. As the big tent of lies collapses all around them, they are trying to prop it up with more and ever-flimsier lies.

But when all the lies and illusion pass away, Truth will still endure.

This article is dedicated to Anthony Lawson, who employed his considerable cinematic skills in the battle for truth. Anthony’s son Ashton writes:

Anthony Charles Ashton Lawson passed away on the 8th of January, 2015 in Phuket, Thailand, at the age of 79 due to colon cancer.  He was born on March 31st, 1935 to Lionel Lawson; a violinist and leader of the Sydney Symphony Orchestra, and Queenie Ashton; a renowned soprano, radio actress.  In early life he sought work in the field of radio, making a name for himself as one of the best radio editors in Australia, later moving to the UK where he progressed into camera work, eventually becoming an award-winning commercial director and producer, having shot advertisements across Europe, in the US and in Asia.  He moved to Hong Kong to take up positions as creative director, and also lent his voice to various commercials; most notably to Cathay Pacific and Star TV.  Having always enjoyed tinkering, he turned to invention, moved to Thailand and created a food mixer known as ChefMaker, which did not see success due to the global shock that was 9/11.  Having always valued the truth and having always taken a stand against injustice throughout his life; traits passed down to him by his mother, he spent his final years using his vast experience to shed light on the events of 9/11, and the terrible world events that have since followed.  He is survived by two sons and a daughter.