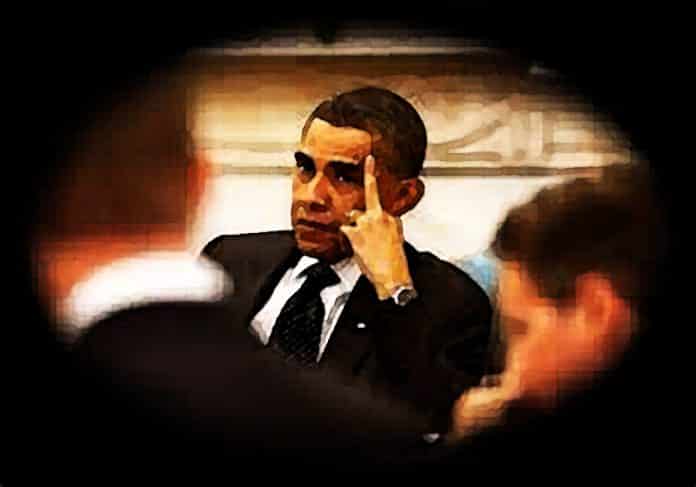 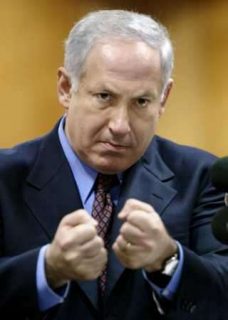 Netanyahu has a big schedule next month. As a Zionist potentate who has relentlessly manipulated Congress in the past, he is indeed a busy man. As usual, he’s got lots of lies to tell, and he never seems to run out of Zionist myths. In fact, one can historically say that this man is an inventor of evil things.[1]

The foreign potentate plans to deliver a formidable speech to Congress next month and aspires to say that Tel Aviv, not Washington, is in charge of the political landscape.

Netanyahu specifically plans to sabotage the nuclear deal between the U.S. and Iran.[2] He plans to tell Congress that “This is a regime, Iran, that is openly committed to Israel’s destruction.” Netanyahu continued to expand on this notion this way:

“We will continue to take action and to lead the international effort against Iran’s arming itself with nuclear weapons. We will do everything and will take any action to foil this bad and dangerous agreement that will place a heavy cloud over the future of the State of Israel and its security.”[3]

As Israeli commentator and former politician Yossi Sarid[4] has recently put it in Haaretz,

“Benjamin Netanyahu is determined to show the president once and for all who really rules in Washington, who is the landlord both here and there.”[5]

“We, the elders of Zion, pull the strings of Congress, and the congressmen are nothing but marionettes who do our will.

“If they don’t understand our words, they’ll understand our threats. And if in the past, we ran the show from behind the scenes, now we’re doing it openly, from center stage.”[6]

This is no different than what former Prime Minister Ariel Sharon said back in 2001. He declared unequivocally:

“Every time we do something you tell me Americans will do this and will do that. I want to tell you something very clear, don’t worry about American pressure on Israel, we, the Jewish people control America, and the Americans know it.”

Netanyahu will almost certainly tell Congress exactly that. And he will surely mix it with some Zionist flavor. In fact, he will not be able to convince Congress without talking about the so-called commonality between the U.S. and Israel, about “democracy” and “freedom,” about “peaceful” resolution with the Palestinians, and about Iran’s nuclear program.

Netanyahu probably will not have a cartoon character with him this time, since he literally humiliated himself last time. He certainly will have to change his strategy because his previous cartoon, as former CIA official Paul R. Pillar adequately put it, was a method to his “wackiness.” Pillar said then,

“Was it something Wile E. Coyote had used against Road Runner, or did it — and more evidence leans in this direction — come from Boris and Natasha on the old Rocky and Bullwinkle show? There are many satiric directions one could go with Netanyahu’s prop, and Photoshop-adept wags in Israel wasted no time in having fun with some of them.”

Listen to this discussion between Pillar and Robert Satloff of the Washington Institute for Near East Policy, which was conducted in 2012. Poor Satloff hopelessly dreamed that Iran would acquire nuclear weapons by 2013.

What year are we in now?

The White House is still not impressed with Netanyahu’s childish behavior. “There are things you simply don’t do,” said one unnamed White House official. Netanyahu “spat in our face publicly and that’s no way to behave.”[7]

The Washington Post itself reported that “Even Fox News was upset about” Netanyahu’s behavior, “as well as prominent Israel-friendly commentators.”[8]

“And many in Israel are similarly not impressed. On Wednesday, on the sidelines of a memorial honoring the late Israeli Prime Minister Ariel Sharon, former Israeli president Shimon Peres scolded the current premier, who happened to also be in attendance.

“‘Bibi [Netanyahu] can make speeches at any place or date, but when the president of the United States asks him not to come before elections, he must respect that request.’”[9]

John Boehner was the Zionist pawn who invited Netanyahu to Congress. Noted Israeli journalist Tal Schneider denounced Boehner and declared that he “has joined the Likud campaign.”

Schneider wrote an open letter to Boehner arguing that Netanyahu has been a disaster for Israel. The letter said in part:

“Mr. Boehner, Israel is undergoing such a severe housing crisis such that people feel they have no recourse, and the Finance Minister attempted to find a solution to the problem, albeit in a clumsy and odd way.

“Netanyahu at first agreed, then disagreed, in short zigzagged, and Israeli citizens are furious that in six years in office he has been unable to restrain galloping housing and cost-of-living prices. Did you know that going to the grocery store is much, much more expensive in Tel Aviv than it is in America?

“Despite the fact that Netanyahu wants to talk about Iran and terror 90 percent of the time, polls here, in our little Zionist country, show that people are actually concerned about how they will make it to the end of the month. A big social justice movement took over our streets a few years ago and Netanyahu promised to help the simple people, a promise he has failed to keep.

“And then you show up, with a crassness I don’t remember, and shove Netanyahu’s Congressional address on Iran and extremist Islam onto our public agenda, despite the fact that Iran deadlines have come and gone for years now. Who knows this better than I, who has covered it for years?”[10]

Joe Biden has recently declared that he has more important things to do than to attend Netanyahu’s speech. Biden has an “unspecified foreign travel,”[11] which to him is far better than listening to one lie after another ad nauseam. We are told that “Obama has refused to meet Netanyahu during his trip to Washington next month…”

Biden has already lived through Netanyahu’s inconsistencies and seemed to be really exhausted with his lies. Perhaps Biden was thinking,

“How can we let this guy lecture us about democracy and freedom or even Iran when ‘not one of Israel’s top 47 companies employs Arabs in mid-level managerial posts or higher’? How is it possible that the ‘Arab minority is invisible to Israeli Jews’[12] and this poor sap hasn’t done a thing to fix it? Is he telling us that not even one Arab is intelligent enough to meet his requirement?

“How can this man tell us that he wants to live in peace with the Palestinians when Israel continues to demolish Palestinian homes and plans for at least 450 new illegal settlement homes?[13] Does he really think that he can fool the entire world? Has he been paying attention to hundreds of rabbis who declared that Israel must stop demolishing Palestinians homes?[14] Why should we not continue to call this guy a ‘chickenshit’? Isn’t the word itself an apt description of what he is doing?”

Biden, indeed, was not alone in this crusade. Numerous eminent Democrats will stay away from Netanyahu if he happens to show up in the U.S. next month. In fact, Democrats may largely “boycott Netanyahu’s speech to Congress.”[15] Patrick Leahy, “The U.S. Senate’s most senior lawmaker,” declared that inviting Netanyahu to Congress was “tawdry and high-handed stunt.” Leahy joined Democrats who wanted to boycott Netanyahu’s speech.

Even pro-Israel leaders are urging Netanyahu to call off his speech to Congress.[16] Even Abraham Foxman—of all people!—is telling Netanyahu to stay home and enjoy his kosher food.[17]

Many Israeli leaders have also come to the conclusion that Netanyahu’s speech to Congress will damage Israel’s relationship with the United States. So, what is the conclusion of the whole matter?

When the president of Zionist Organization of America Mort Klein realized that many Democrats plan to skip Netanyahu’s speech, he angrily opined,

“We will, of course, be publicly condemning any Democrats who don’t show up for the speech — unless they have a doctor’s note.”

To which Yossi Sarid responded,

“Doctor, this man is sick and urgently needs tranquilizers.”[18]

That should be our most charitable and friendly respond to Netanyahu’s psychopathic behavior. If the new poll is right—that Netanyahu should be investigated for nuclear weapons technology smuggling—then we know that the majority of Americans wouldn’t mind placing Bibi behind bars for the rest of his natural life.

[4] Thanks to Gilad Atzmon who made reference to this very particular article.

[14] Lizzie Dearden, “Hundreds of Rabbis from Around the World Call on Israel to Halt Demolition of Palestinian Homes,” The Independent, February 7, 2015.