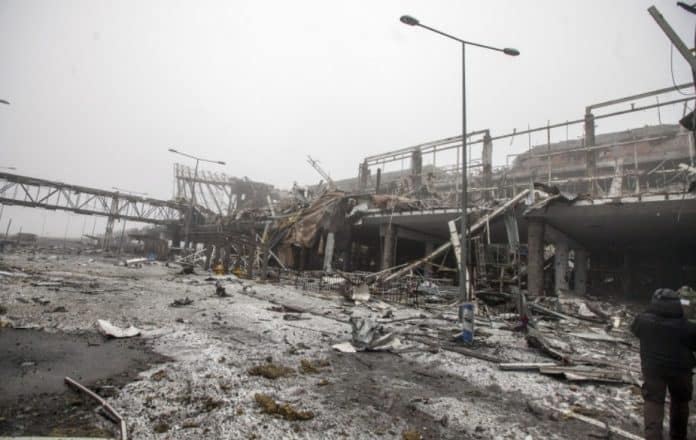 MOSCOW, January 26. /TASS/. The Organization for Security and Cooperation in Europe (OSCE) has offered no reaction to the fact that a lot of foreign-made weapons were found at the Donetsk airport after the withdrawal of Ukrainian troops, Denis Pushilin, a representative of the self-proclaimed Donetsk People’s Republic (DPR) at the Minsk talks, said on Monday.

“The weapons were not just found but demonstrated at a meeting of the Joint Center for Control and Coordination (JCCC) and representatives of the OSCE and Ukraine,” he told the Russian television Channel One. “They offered no reactions, the only thing they said was ‘we will write it down in the protocol’ and nothing followed.”

In his words, the Ukrainian army has used mercenaries from the very beginning of the force operation in eastern Ukraine. “There is little doubt they are there now,” he said.

Last week, Eduard Basurin, a spokesman for the DPR defense ministry, said that dead bodies in NATO uniforms and a great number of US-made weapons had been recovered from under the debris of the Donetsk airport. “While examining the building of the Donetsk airport, we found a great number of American firearms, assault rifles and hand mortars, equipment and communications devices,” he said. “We also found publications in European languages, including on religious matters.”

Apart from that, “we found dead bodies in NATO uniforms under the debris in the new terminal. Personal belongings indicated that these people were foreign citizens contracted by private military companies who operated under the disguise of Ukrainian subversive groups,” he said.