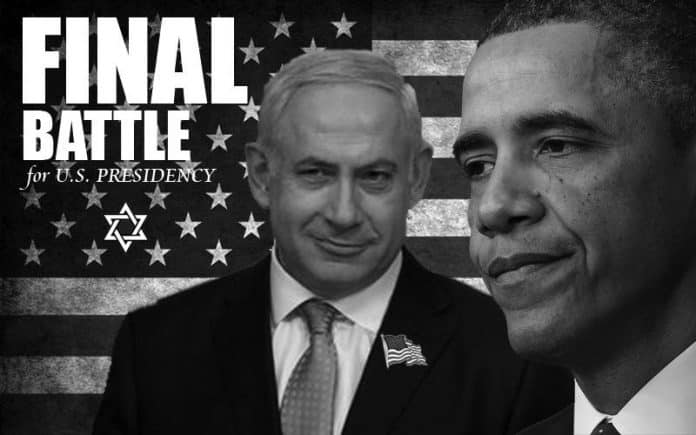 EDITOR NOTE:   The title of this post takes creative license with the words of Israeli Prime Minister Benjamin Netanyahu who THREATENED to GO IT ALONE if USA does not do as he directs.  VT military experts report that that there is NO way Israel can defeat Iran without nukes. Iran has 80 million people and they would simply outnumber the 5 million Israelis in a ground war. 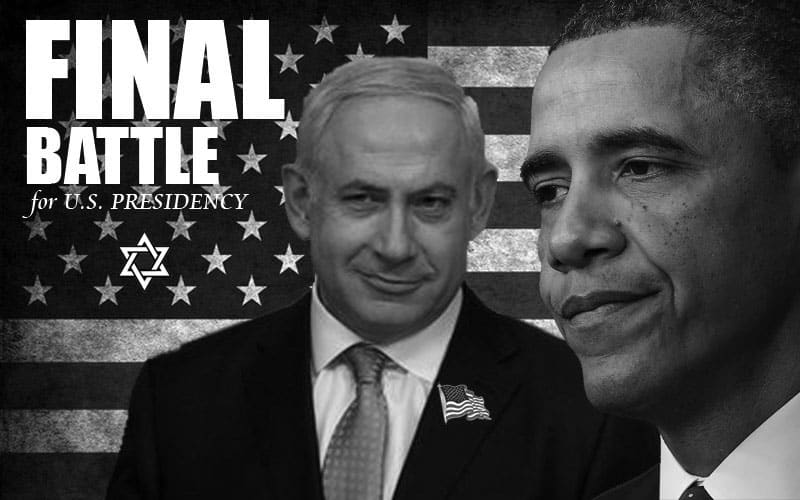 Today, International War Criminal and Mass Murderer Benjamin Netanyahu gave a speech to a joint session of the U.S. Congress. He was invited by U.S. House Speaker John Boehner who took his orders from Israeli Ambassador to USA Ron Dermer.

For Evangelical Christian Right Wingers living in La-La Land, Used Car Salesman Bibi gave them bible references that made them get all wet between the knees screamin’ Halleleuh Jesus is Coming!

For the paid off U.S. Congressmen who did attend (over 50 Democrats boycotted), they got a great show and were ordered to pay hommage to their employer giving him rock start standing ovations last seen by screaming teenage girls at a Justin Beiber concert.

For the rest of us in the world, holy crapola!  This sick maniac just threatened to use a Nuke on Iran and told the President of the United States to go Fuck Himself!

Bibi’s speech was a sad pathetic exercise in deception and should make George Orwell shake in his grave because Netanyahu accused Iran of sparking a Nuclear arms race in the Middle East. This coming from the leader of a rogue nuclear state that refuses international inspection of its nuclear facilities and runs a tyranny prison of over 1 million people in Gaza.

His slimey criminal hands are tainted with blood from thousands of women and children who were slaughtered in cold blood just last summer.  And now he comes to USA to spark more Iran-o-phobia and Islam-o-phobia with this congressional moribund crowd who was his captive audience.

Personally, I am glad over 50 US lawmakers boycotted his highly explosive and partisan speech that is bound to continue a deterioration of relations between the USA and Israel.

He has already alienated the U.S. Democratic Party and forced stanch Israeli supporters like Jewish U.S. Senator Diane Feinstein (D-CA) to choose sides and declare that Netanyahu does NOT speak for her.

This is a major loss for Netanyahu and could have very serious consequences for Israel.  I mean, spitting on your meal ticket is NOT a good idea is it?

Frankly, Netanyahu may NOT even be Prime Minister in 2 weeks because he just put Israeli’s in harms way by threatening that if the USA does NOT do as he says, he will go it alone!

What exactly does that mean?

The cat is out of the bag now.  This is very serious.  There ain’t no going back now!  Israel either needs to drop a NUKE or get kicked in the nuts by the USA, Russia, China, Germany, and the rest potentially destroying any and all good will it ever had.  Or maybe the last option and only hope Israelis have is to NOT re-elect this maniac and, with great compassion, put the megalomaniac in a mental hospital while giving us a rationale human being to deal with that has respect for humanity.

I welcome your thoughts, comments, and critic