Home WarZone NEO – The World if Gore had won 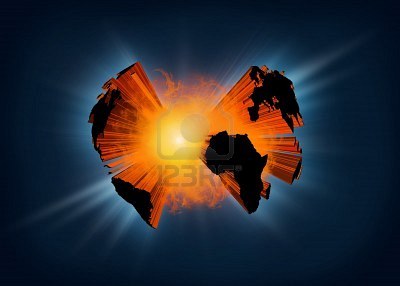 [ Editor’s Note: If you have to read this twice to absorb everything that is in here, do not be embarrassed, as most of us had to. We are fortunate to have a few mensas at VT — Lee Wanta and Mike Harris, along with Gordon.

His photographic memory and a huge number of hours of post grad courses at MSU at his fingertips with total recall enables him to write a piece like his “free form”, with no stopping to look anything up.

It is also what makes him a world famous briefer… especially with his legendary “How the world really works” entre which will be remembered forever. By a good stroke of luck, I found myself standing right beside him in Damascus as he gave a version of this at the Counter Terrorism conference in December, and you could have heard a pin drop.

Even the translator knew it was an historical moment, as no one there had ever heard anything like it. And yes, it opened some doors, and some minds, too… which we continue to work on with more bridge building.

Creating trust is a step by step process, not unlike working your way through a minefield knowing that one mistake can erase all the good work up to that point. So enjoy some reflective moments with Gordon below. This will be among his top ten pieces for the year. You won’t get anything like this anywhere else… Jim W. Dean ] (Ed note 2:  The list of “smart people” at VT is quite a bit larger than Jim lets on.  Of course, I work to stifle that.g)

In 1990, a plan to take down America was hatched in a Jerusalem bar. American counter-intelligence, Hanke, Higgins and others, had been following the progress of the group.

Two nations were in their sights — the US and the Soviet Union.

The group planned on starting a nuclear war, one they would be able to control the outcome of, with the US being the loser. This plot failed but it wouldn’t be their last.

Though it is popularly assumed that 9/11 was planned by Bush and Cheney, investigative notes reveal that Al Gore was the intended winner of the 2000 election. Gore was intended to win, but not to serve as president.

His nominated vice presidential candidate, Senator Joe Lieberman, was, according to investigators, to assume the presidency after the long-planned 9/11 attack.

There are two versions of this scenario — one that cites Gore as a “scapegoat” that would be forced to resign — another where “President Gore” would be assassinated by Iranian agents on 9/11.

The event itself was to include not only the controlled demolition of the World Trade Center, making billions for its owners in insurance claims, but to crash the US banking system, along with the bond and equity markets as well — opening an opportunity for not just massive profit-taking, but virtual control of the US when trading was restored.

Explosive laden vans driven by contracted Egyptian, Saudi and Israeli operatives, long affiliated with the CIA, were to destroy fiber optic pathways on the George Washington Bridge, Lincoln and Holland Tunnels — an action estimated to keep America’s markets, including the Federal Reserve and SWIFT system, offline for up to 3 months.

Additionally, the secret NSA/FBI intercept site at Fort Lee, adjacent to the George Washington Bridge, would be taken offline. All American counter-intelligence functions would, at that moment, simply cease.

The end result would be astoundingly worse than the Bush – Cheney disaster, which in itself was 8 years of financial looting, illegal war and police state oppression. This is what was envisioned:

Much of the following scenario was outlined initially in 1990 in a discussion at Fink’s Bar in Jerusalem. At the head of the table was Netanyahu. The group at the table had just stolen 5 American KG 84 cryptographic devices with the help of Canadians serving with the UNTSO on the Golan Heights, giving this Israeli-led cabal real-time access to all US State Department, Naval and NATO communications.  This is a transcribed quote taken from an audio recording of Netanyahu at that meeting:

“If we get caught they will just replace us with persons of the same cloth. So it does not matter what you do, America is a golden calf and we will suck it dry, chop it up, and sell it off piece by piece until there is nothing left but the world’s biggest welfare state that we will create and control. Why? Because it is the will of God, and America is big enough to take the hit so we can do it again and again and again. This is what we do to countries that we hate. We destroy them very slowly and make them suffer for refusing to be our slaves.” ( confirmed by an “attendee” during a debriefing )

President Bush (41) learned of the penetration during the First Gulf War, taking note that America was left defenseless in case of a nuclear attack. The US pulled out of Iraq earlier than planned, leaving Saddam in place.

Were Saddam removed and the US to have occupied Iraq, this was to have been the foundation for orchestrating the political confrontation that was to escalate, with careful guidance in both Washington and Moscow, into a nuclear war.

This vulnerability, combined with the spying of Hansen, Pollard, both working for Israel, and others protected more successfully by the AIPAC lobby, made 9/11 possible, by making sure America’s enemies had daily access to decryption keys.

In 2001, one of the espionage suspects would assume a cabinet post, one would become the president’s chief counter-terrorism advisor and the other special envoy to Afghanistan. Their close cohorts continue to this day to control the New York field office of the FBI. Others continue to control the NSA and Homeland Security. We call them “the usual suspects.”

Many maintain a view of history where the stolen election of 2000 and the mysterious and controversial incidents of 9/11/2001 changed history.

Two illegal wars, suspension of civil rights, torture and secret prisons, along with new and equally illegal Kafkaesque bureaucracies are all cited as things that would never have happened had Gore been allowed to take office when elected.

Even dissent has been corporatized with anti-government spokesmen, such as Alex Jones and others, finding current levels of tyranny woefully inadequate and inefficient — seeking the “Gazan model” under Israeli occupation as a template for America.

However, recently discovered intelligence files covering the era tell a very different story. We will examine what we have learned and, just perhaps, take a look at a world we were never allowed to see.

During our research, we have met several who are silenced by court order, some by threat and others we would question, like John Wheeler III, Roland Carnaby and John O’Neill, conveniently dead.

The 2000 and 2004 presidential elections were more than controversial. In each case, exit polling, known to be accurate to well within 1%, showed nearly landslide victories for both Gore and, in 2004, John Kerry. In 2000, on election day, Bush was 12 points behind in the polls.

Conspiracy theorists had long assumed that the Bush presidency was the result of a deal struck between Rothschild bankers, Likudists in Israel seeking a Middle East war and Wall Street “pump and dump” investment fraudsters. To a large extent, history has proven them right, particularly considering revelations, not accepted by all, that 9/11 was most certainly an “inside job.”

Sources at the highest levels of both political parties and security services tell a different story. They say the 2000 election was a “fluke”, and that it was never imagined that the American public would have stood still when the Supreme Court suspended the election on a 5/4 vote — decided by careless, corrupt and utterly unqualified Justice Clarence Thomas.

In 2000, the US Supreme Court, in a clearly unconstitutional move, blocked election counts and nominated a president — something purely out of their jurisdiction. In 2004, the election was also rigged with voting machine hacks, voter intimidation, polling stations closed or choked off, computerized voting counts run through CIA-contractor Diebold — all done to protect a burgeoning heroin processing industry being built in Afghanistan.

What was kept from the world through controlled news is that the vast majority of Americans, many of whom never vote, considered these elections a coup d’état and still do to this day.

The 2014 congressional elections were similarly rigged with 37% of voters electing gambling boss Sheldon Adelson’s personal roster of “mob owned” candidates — the gang who invited Netanyahu to the US against administration wishes.

There were two centers of power in America during the last quarter of the 20th century, Chicago and New York. Each was ruled by a criminal group, part of an “octopus,” an international conspiracy that Dr. Preston James has named the Secret Shadow Government or “SSG.”

Both groups have roots in the gangs of the Prohibition Era in the United States, an era lasting from 1919 to 1933, a time when state and local governments, previously controlled by rail and banking conglomerates, fell under the control of organized crime.

These criminal organizations that spread across the United States began grooming politicians for higher office, eventually taking control of, in many cases, not only the congress, but the White House as well.

The 1948 presidential election was seen as a fight between anti-mob former New York District Attorney Thomas Dewey and the representative of the “Boss Pendergast” mob in Kansas City, Harry Truman.

The Kennedy family, powerful in its own right, was partnered with the Bronfman’s of Canada and the Bush family were lifelong partners of the Meyer Lansky “Murder Incorporated” mob.

The Bush/Bout cartel maintains a stockpile of nuclear weapons for “shadow government” use as seen during the Beirut Marine Barracks, Oklahoma City, the Khobar Towers, 9/11 and Bali attacks. There have been nearly 50 acts of nuclear terrorism since 1945 according to IAEA (International Atomic Energy Agency) sources.

President George H.W. Bush, identified as a CIA non-official cover agent by then FBI-director J. Edgar Hoover, supposedly running “Zapata Oil,” whose service boats took part in the Bay of Pigs invasion — was arrested at Dealey Plaza in Dallas, Texas on November 22, 1963 — as a suspect, a possible shooter, in the Kennedy assassination.

One of the first acts of the Clinton administration was to declassify documents proving Bush was in Dallas on the day of the killing — something George H.W. Bush denied repeatedly._________
_________