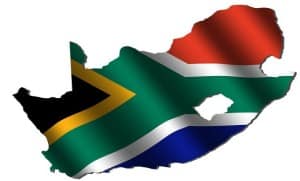 World News Tomorrow – Cape Town Reports: International Investors that are intending to invest in Africa have to think twice — that’s according to experts that say that unlike the Titanic that went down with its light on. South Africa is sinking and going down with its lights off at a rapid rate. Recently media covered the issue on the failing electricity supply of South Africa, but now it seems there is even a greater danger looming in the darkest nights if Africa.

“South Africa coastal waters is known for its sharks, but now it seems they might have taken to land from sea and are everywhere on South African soil,” said a man from Johannesburg, who recently lost everything due to banking fraud and who talked to World News. During the property bubble boom of 2006, properties were sold at much inflated rates, and today the foreign investors are paying the price. Some properties dropped in value from R15 Million to R4 Million, or so it seemed.

One of the properties, which was valued by Seeff Properties for over R 15 Million, today can barely fetch R4 million. In the lower end of R 2 million – only 150 000 Euro – properties seem nice to live in. But wait, this comes at a price. Inflation has been over 21 % and the official figure says 17%, but this is not all. Over 500,000 women were raped last year and over 3700 murders, for which less than 1 %  of suspects were prosecuted. It seems like the wild west of Brazil has become the nitrogen of South African living styles.

If you want to invest or think the grass is greener in South Africa, then you would be mistaken. The fact of the matter is that the electrical supply is practical in kaboots, and copper theft has caused problems in the electrical supply. It appears that the International community is paying for the poor to live, whilst they enjoy a life of robbery and safety around the country.  “Take whats yours,” said one man, who we asked. Another, a diamond dealer replied, “Every dog for himself”.

Recently the Standard Bank’s CEO Ben Kruger went on RT News to say that they have a backup generator at all Standard Bank branches in South Africa in case there is an electrical failure. WNT decided to check, and found that from the several thousand bank branches, only a minute few had such backup electricity supplies, and most people are stranded during the ATM during power failures. No cash, no pay or should we say, “No Electricity, no Cash ?”

This should be embarrassing for the South African government, since they probably think this is the resort of the world for farmers. Having said that, international investors are strongly advised to consider the real risks before buying any property in the country or invest in any bank for their business venture in South Africa. They should find advice from people who lived there or recently moved, rather than ask the banker what he thinks you should do. One person with whom World News spoke invested over 20 Million Euro and now can’t sell her farm, for barely 8 Million. Doesn’t this say it all? Is South Africa becoming like Afghan of Africa, and would you invest millions in Afghanistan?