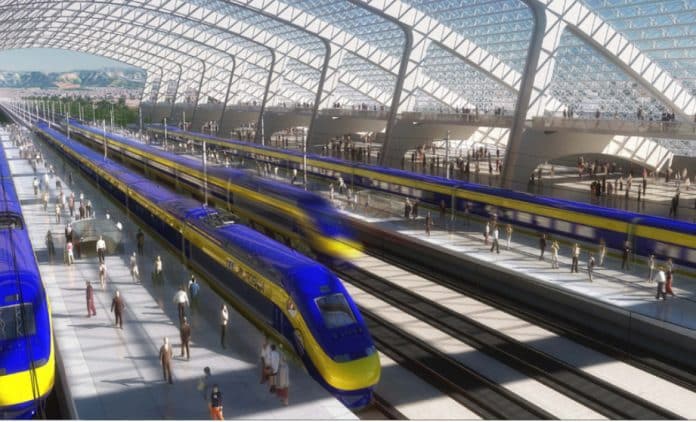 [ Editor’s note: The scope and scale of Eurasian economic and military integration got a shot of B-12 vitamins with the US-EU offensive regime change coup in Ukraine, with its corresponding, “Blame it all on the Rooskies so we can sanction them as a way to speed up regime change there, too.”

It has been an utter failure, with the Europeans bearing the brunt of the counter sanctions in return for creating a justifiable climate for pushing NATO eastward to the Russian border.

But the major failure which will affect America forever is the speeding up the sanctions defensive firewalls that Eurasian countries are constructing at top speed.

While the major criminal empires in the West sit on vast amounts of stolen and non-taxed paid wealth, waiting for the next collapse so they can buy everything up at pennies on the dollar, China has decided to start spending its huge wealth to build a Eurasian economy where business with the West will never threaten its economic survival.

It is spending the kind of money normally whizzed away in a senseless war with their short term economic benefits, on major infrastructure projects with huge long term benefits. I call this the “Non –American Way”.

As brother Engdahl points out below, the faster bullet train travel from Peking to Moscow is just the icing on the cake. This huge trunk line’s primary goal is to eliminate seaborne trade exposure to US Navy interference at some point in the future. The decrease in shipping time will be a huge cost savings and result in a competitive pricing advantage to all the shippers along the route.

If troubles should ever erupt in the form of Western military aggression against Russia and/or China (and India, which seems poised to participate), this high speed shipping and communications mega pipeline would be located deep inside Eurasian territory, which can be defended by layers of the upcoming hyperspeed ground to air missiles.

Cities will spring up like mushrooms along this new Silk Road, and the economic ripple effect will last 50 years. China will spend down its Western currency reserves now while they have some value, converting them into beneficial long term domestic economic generators.

The ultimate irony is that this is being done by the sons of the former Red Guards anti-capitalists, and the old Soviet Union.

And don’t forget that the Western door opening to China was made by Republican Richard Nixon, as a geopolitical ploy to prevent China and the Soviets from becoming closely aligned to resist US hegemony. As anonymous person once said, “You just can’t make this stuff up!” … Jim W. Dean ] 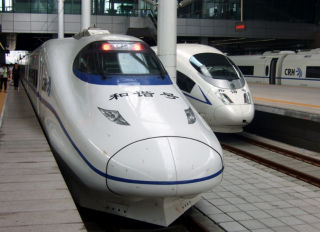 The growing fusion of economic self-interest between Russia and China has just taken another major step forward with the final decision by Beijing and Moscow governments to build a critical link in a high-speed rail infrastructure that will connect Beijing and Moscow.

It follows only weeks after signing major energy deals between the two Eurasian nations as Putin’s Russia continues her dramatic shift away from a contemptuous EU towards the world’s fastest-growing region.

Russia’s Deputy Prime Minister Arkady Dvorkovich announced at a Krasnoyarsk Economic Forum on February 27 that agreement has been finalized between the two countries on a proposal made by Chinese Prime Minister Li Keqiang during his October 2014 visit to Moscow to construct a 7,000-km and $242 billion high-speed rail corridor going from Beijing across Kazakhstan and Russia to Moscow. The project will include a high-speed Moscow to Kazar in Russia’s Autonomous Tatarstan.

Last year the Chinese government announced that it had made construction of a trans-Eurasian high speed rail project, the so-called New Silk Road, highest state priority.

The project when completed will reduce rail time from Moscow to Beijing from the present 6 days down to a mere two days. Far more important than passenger travel however will be the new possibilities to reduce shipping time for freight traffic across Eurasia. The rail link will literally “create” entire new markets in the hinterlands of Eurasia.

One example makes it clear. Presently the 803 Km rail journey from Moscow to Kazar takes 14 hours and 7 minutes. The new high-speed line will cut the time to Kazan to just 3 hours and 30 minutes. That brings the two cities closer for economic ties to expand. Similarly for Nizhny Novgorod.

That will mean more business traffic, logistics links will emerge and the depopulation trends for Russia’s interior can begin to reverse as economic growth spreads.

The Moscow-Kazan rail link will cut time from 14 hours to just 3.5 hours

First Vice President of Russian Railways, Alexander Misharin, said in November that it would cost $60 billion to reach the Russian border from Moscow to Kazakhstan and that the journey from Moscow to Beijing could be done within 30 hours.

Misharin estimates construction will take 8 to 10 years. He compared the new railway network to the Suez Canal “in terms of scale and significance.”

While the EU faces choking debt crises across the Eurozone from Greece to France, Italy, Spain and investment declines amid repeated US-ordered economic and financial sanctions against Russia, the two Eurasian nations are welding long-term overland economic bonds that are making US foreign policy guru Zbigniew Brzezinski get gas pains.

In 1997, a time when America was the unquestioned Sole Superpower following the disorderly collapse of the Soviet Union, Brzezinski wrote,

“It is imperative that no Eurasian challenger emerges, capable of dominating Eurasia and thus of also challenging America…How America ‘manages’ Eurasia is critical. A power that dominates Eurasia would control two of the world’s three most advanced and economically productive regions.

A mere glance at the map also suggests that control over Eurasia would almost automatically entail Africa’s subordination, rendering the Western Hemisphere and Oceania (Australia) geopolitically peripheral to the world’s central continent.

The Eurasian challenge is here, and that is the real reason for US war in Ukraine and its attempts at economic and military encirclement of China. Whether Washington succeeds in fomenting chaos and more disorder remains to be seen.

F. William Engdahl is strategic risk consultant and lecturer, holding a degree in politics from Princeton University and is a best-selling author on oil and geopolitics, exclusively for the online magazine “New Eastern Outlook”.