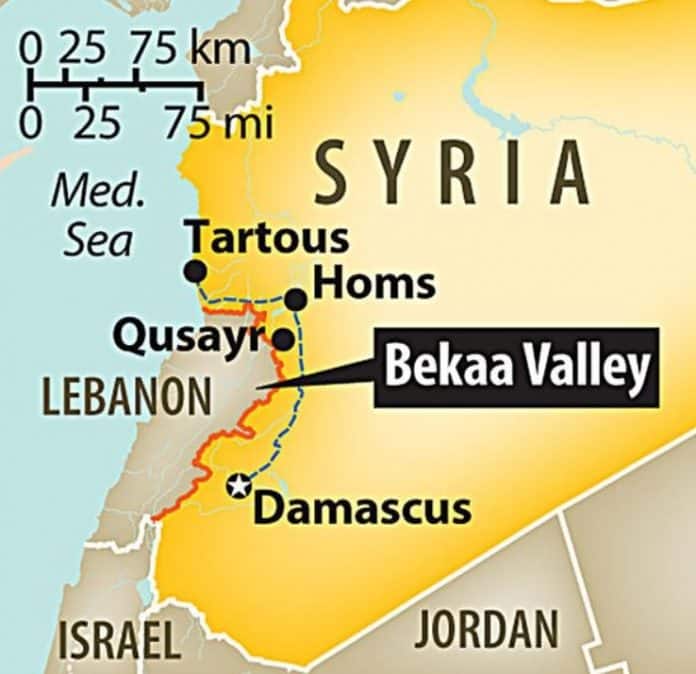 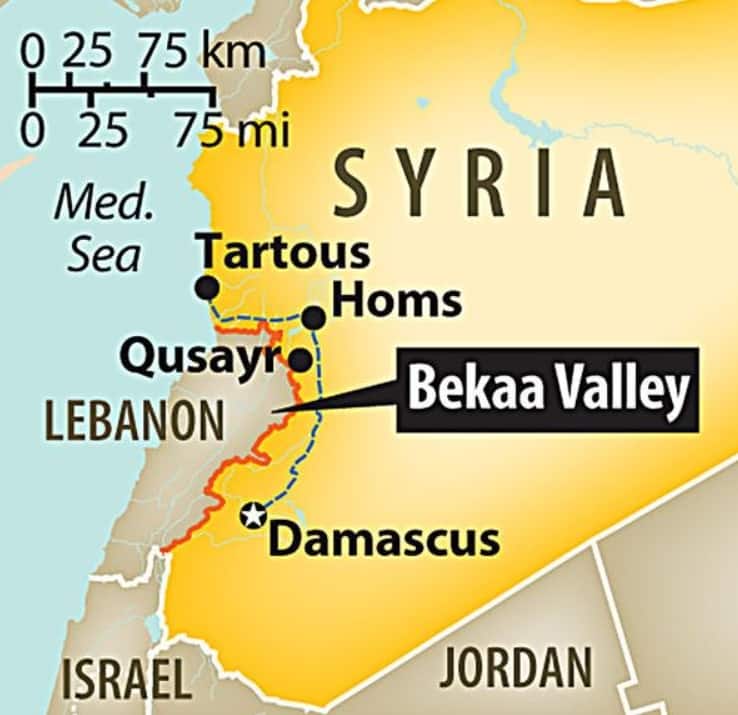 [Editor’s note:  This is written as ISIS takes control over the Palestinian camps Franklin Lamb at one time told us so much about.  It is our suspicion that the take-over is being coordinated by personnel at the US Embassy in Beirut aided by Bush era operatives tied to Condoleezza Rice and a network of Southern State extremists, old business partners of  now imprisoned (by Obama) Victor Bout and his gun/nuke running network. Bout, supplier of the 9/11 demolitions, was a major player on the Washington scene, represented by a South Carolina based lobbying firm seen plying the cocktail circuit of Damascus on a regular basis.

Partnering with them is an organized crime group led by Russian and Israelis known as the Khazarian Mafia.  Their “marriage of convenience” with right wing Christian fundamentalists, some tied to Rand Paul and his Tea Party bloc, supplies much of the military and public relations aid to ISIS.  Planning is done primarily by the Rand Corporation and Jamestown and Heritage Foundations.

This is the group that knocked McCain out of the 2000 presidential race and worked to have Bush appointed president.  This same group is tied to a murderous coup in Gambia in 1994 and made millions in Nigeria fronting for Cheney and Haliburton in the bribery scandal that almost led to the arrest and extradition of the then vice president.

Aiding them are “skin head” ultra-nationalists from Belgium and the remains of the P2 Freemasons of Gladio.

We are seeing Victoria Nuland’s hand and her friends we know from experience will down an airliner for amusement.  We are also seeing the hand of Saudi Arabia here as well as Hamas representatives working with ISIS,  funded with Saudi and Qatar cash seem to be putting together a very strange coalition.  Israel has decided a civil war in Lebanon is in the cards.

This will force Syria back into Lebanon, which is increasingly becoming an ISIS staging area.  The West, however, will take this as “naked aggression” and use this as a rationale for direct military action on behalf of ISIS against Syria.  This is the card Netanyahu has been holding close to his vest for some time.

The other thing that has become increasingly clear is that America’s Christian Right is pouring cash through Israel knowingly to fund ISIS as an “end of days” player in their heretical apocalypse fantasy.  This is highly confirmed… Gordon Duff. ]

What happens in Yemen currently transcends the Sunni-Shiite regional conflict and civil strife.  It is actually a mischievous subversion to overwhelm the Middle East by employing ISIS as an instrumental stratagem to achieve endless geopolitical goals.

Very reliable sources have told “Aydinlik“ that the Saudi military intervention in Yemen marks the beginning of the demise of the Kingdom that will be bogged down in a “cursed bloody quagmire.”

Currently, there is a huge wrangle within the royal family house over the advisability of such an “escapade,” which resembles to a great extent the reckless act of ousted Iraqi President Saddam Husein when he invaded Kuwait, falling head-to-toe into the US trap, the repercussions of which culminated in the 2003 US invasion of Iraq.

“The United States is at present playing one side against the other in order to maintain a mercury balance that serves its own interests in the region. While the US fighter jets were bombing ISIS positions in Iraq, they struck deliberately the Iraqi resistance warriors who wanted to liberate Tikirt with the least American Help.

The Americans have significantly played down the Iraqi victory because it was not completely under their aegis. Paradoxically, the US fighter jets which pound ISIS positions in Iraq and Syria, release military equipment airdrops “by mistake” to those extremists who are waging a ferocious war against the Iraqi and Syrian regimes.”

The Russians and Iranians are quite aware of this double standard approach. They are of the belief that the US wants to disseminate Pandemonium in the region to attain long-terms objectives. One Russian experts says:

“The Americans do not have a steady policy, they squeeze out their allies and enemies to wield influence and then have the ultimate dominance over the wrangling parties.” It is incomprehensible to many foreign analysts, even Americans, how the US combat “Houthis” who are fight ISIS and Al-Qaida in Yemen, while supporting the Saudi-led coalition which is in reality feeding the terror network in Yemen and elsewhere with finance and logistics. It is absolutely weird?”

What happens now in the region is a proxy war between Saudi Arabia and Iran, which is currently involved in marathon nuclear program talks with ‘P5 plus one’ nations for accomplishing a landmark deal.

Our sources, monitoring the event, say that 95 percent of the pact was approved, while the other 5 percent is still pending because of Iran’s persistence on lifting the sanctions at one go in line with a UN resolution. Syrian think-tanker Dr. Bassam Barakat said:

“If this pact is inked, Iran will be the most ideal environment for attracting foreign investments after Russia. It can easily draw 800 billion dollars in light of the current economic stagnation.”

“Iran will have a pivotal role in the Middle East that will empower it to encounter Islamic extremism spread out by Saudi Arabia, Erdogan Government, and the Israeli lobbies. Iran’s adversaries are now taking advantage of the situation to score some points in its playing fields, before the historical accord signature.”

The Saudi-Turkish Axis flamed up the situation politically and militarily via their surrogates in a show of muscle-flexing and bravado that precedes the Beverly Hills White smoke.