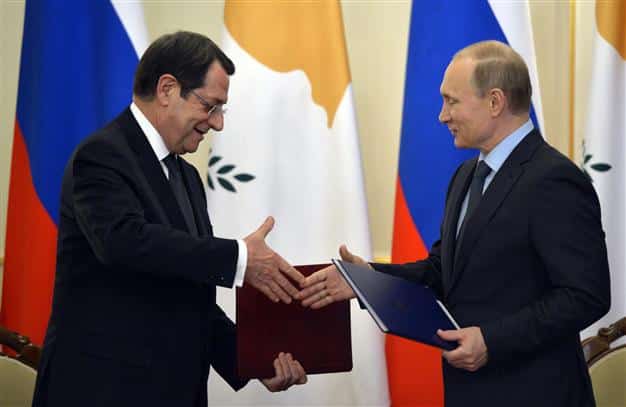 [ Editor’s note: Putin and Lavrov have continued their measured diplomatic moves with never a mistake or an open flank exposed. They have deftly danced around the US-NATO-EU neo-Cold War encirclement with a series of quick counter moves.

Rather than let the Southstream pipeline project drag out with the predictable slow death, Moscow just canceled it and announced a new Southern route through NATO’s Turkey to the Greek border.

Gazprom is now leaving the EU to plan, fund and build the European distribution system themselves and have the control it wanted, despite the West’s attempt to shakedown the Russians for a piece of the pipeline action, when they had taken all the early risks, despite having giving European companies major contracts on the project.

Then, as brother Engdahl covers below, Putin made two more simultaneous moves in the Mediterranean, getting basing rights in Cyprus and stabilizing their economy with a sweetheart restructuring of the major Russian loan.

Egypt was the next stop to rekindle old bonds from the Soviet days with Nasser. Egypt was offered some of the EU agricultural substitution imports to helps its farmers out, and Putin and Sisi announced a series of military and trade initiatives, not the least of which was plans for the Russians to build four nuclear power plants there.

I would suspect these would be the new clean running ones that Russia is leading the world with.

The US and EU continue to flounder on the world stage like 50-year-old boxers and prostitutes way past their time, versus finding more dignified pursuits for their age.

All the major third world countries now know for sure they are on the Western target list for recolonization via the all too familiar one-two punch of terror-based regime change and strangulating economic sanctions.

The Age of Enlightenment for Europe is far in the rear view mirror, and the US claim as the protector of world freedom and democracy is a farce, well known now even in the illiterate world. The American people have had their country stolen, as if they were in a drugged stupor when it happened, but we labor on… Jim W. Dean ]

While attention has been focused in recent weeks on the role of Russia and President Vladimir Putin in brokering a new ceasefire in eastern Ukraine, the Russian president has made time for two crucial state missions—one to Cyprus and one to Egypt.

What they both share in common is a border on the shore of the eastern Mediterranean Sea, a strategic body of water whose importance in the escalating NATO confrontation with Russia cannot be underestimated.

For more than 2000 years, the Mediterranean Sea has been one of the world’s most strategic waters. It joins Middle East oil and gas with markets in the European Union. It joins Indian Ocean shipping, increasingly from China, India, South Korea and the rest of Asia to European markets and to the Atlantic Ocean through the Egyptian Suez Canal.

It joins the vital Russian Black Sea Fleet naval base in Crimea to both the Atlantic and Indian Ocean. In brief it connects Europe, Eurasia and Africa. With this in mind, let’s look at Putin’s most recent travels.

When al-Sisi as chief of the Egyptian Armed Forces led the putsch that ousted Egypt’s US-backed Mohamed Morsi and his Muslim Brotherhood regime in August 2012, Putin was one of the first to support al-Sisi’s presidential bid.

In August 2014, al-Sisi was invited to meet Putin in Moscow, as Washington became an open opponent of the Egyptian president.

Few details of the latest Cairo visit are being released but Putin said they agreed to boost trade and military cooperation, and Russia has begun supplying weapons to Egypt after signing a memorandum. Commercial agreements are also expected on Putin’s two-day visit, including a likely deal between Russian news agency Rossiya Segodnya and Egypt’s state-owned Al-Ahram newspaper.

And days following Putin’s Cairo meeting with al-Sisi, Russia and Egypt signed an agreement to build four advanced Russian nuclear power reactors in Egypt. They will be a major boost to Egypt’s weak electricity grid and power problems.

At the same time, al-Sisi announced that Egypt would join Russia’s new Eurasian Economic Union in the form of a joint Free Trade Agreement. The union consists of Russia, Belarus, Kazakhstan and Armenia. It was Ukrainian President Viktor Yanukovich’s November announcement to the EU that Ukraine would join the Eurasian union that triggered the US blatant coup d’état of Maidan Square.

Cypriot Jewel in the Sea 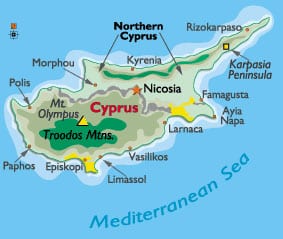 Then two weeks after his Cairo talks on February 25, President Putin received Cypriot President Nicos Anastasiades in the Kremlin to discuss a variety of mutual issues. Anastasiades took the occasion to criticize the European Union’s sanctions against Moscow.

He declared, “the least I could do is visit Russia during these difficult times to assure it that, despite this situation, our relations will still develop. Whatever sanctions are introduced against Russia, they impact other countries, members of the EU, which include my motherland, that in a lot of ways depends on Russia.”

A glance at the map of Cyprus in the eastern Mediterranean shows the jewel rich in oil and gas and in a militarily strategic location. While that may be of future help to Russia against further EU sanctions, the heart of the talks involved Cyprus-Russia military cooperation. Here Cyprus offered use of its ports to the Russian Navy for certain purposes, “to Russian vessels involved in counter-terrorism and anti-piracy efforts.”

The Russian ships will use the Cyprus port of Limassol, a civilian port and home of some 30,000 to 50,000 Russians, a quarter of the city’s population. At present Russia’s only Mediterranean Naval port rights are at the Syrian port of Tartus. 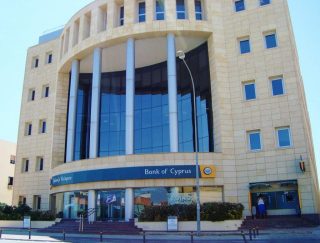 For his part, with the earlier approval of the Russian Duma, Putin offered Cyprus urgently needed debt relief, something not forthcoming from the draconian EU since the Cyprus crisis of 2013 when the EU confiscated Cypriot bank deposits of more than €100,000 in an involuntary theft as condition for a draconian bailout.

This time Putin, despite the financial sanctions and economic warfare of the US Treasury’s Office of Financial Terrorism (officially called the Office of Terrorism and Financial Intelligence), offered Cyprus urgently needed debt relief. Russia agreed to restructure a €2.5 billion bailout loan it gave to Cyprus in 2011, to cut interest to 2.5% from 4.5% and extend debt maturity to 2018-2021 from next year.

Relations between Cyprus and Russia hold far more potential. Cyprus recently confirmed huge deposits of offshore oil and especially natural gas. Reportedly there are also discussions to invite Gazprom to help develop that. It could seriously undercut the US NATO strategy of blocking South Stream and other Russian gas routes to the EU.

The response of the US State Department to the warming Russia-Cyprus relations was club-footed to put it mildly. US Ambassador to Cyprus John Koenig sent a tweet, which seems to be the main preoccupation of US ambassadors lately. It was sent on February 28, just after the murder in Moscow of opposition figure Boris Nemtsov: “What do people in Cyprus think about the week in Russia as seen from here? Anastasiades visit and statements, Nemtsov assassination?”

Koenig crassly implied a link with the simultaneous visit of Anastasiades to Moscow and the murder of Nemtsov, even saying in another tweet that Putin had Nemtsov murdered.

The Koenig Tweet created a firestorm of protest in Cyprus and his departure as ambassador in June was announced by Washington. Koenig apparently often Tweets his Kiev colleague, US Ambassador Geoffrey Pyatt, the orchestrator of the Ukraine deconstruction along with Nuland.

When the Russia-Cyprus recent talks are analyzed in the context of the visit of President Putin to Cairo, a fascinating strategic map begins to emerge — one that in no way pleases the neo-conservatives in Washington or their EU allies.

We can expect Washington to work behind the scenes to heat frictions between Turkey, a NATO country, and Greek Orthodox Cyprus, as well as upping pressures on al-Sisi.

[ Editor’s Note: Just the opposite of this has happened with Obama unfreezing $1.3 billion in Egyptian military aid to Sisi soon after the Saudi attack on Yemen, and the Arab League announcement of the new Arab NATO, with Egypt as the main military contributor. ]

Indeed on February 26, Turkish fighter jets openly violated Greek airspace, and announced it was unilaterally staging live fire military exercises the month of March in the Aegean, including a large part of the Greek international waters and the Greek island of Limnos, heating the geopolitical soup.

In Egypt, TV channels controlled by the Obama and CIA-backed Muslim Brotherhood leaked video tapes designed to embarrass al-Sisi. The tapes purport to expose private telephone discussions of al-Sisi as general, just after the 2012 ouster of Morsi and the Brotherhood, discussing how much financial aid Morsi was asking of the Gulf Arab allies who backed the anti-Brotherhood al-Sisi move.

The scandal appears to have fallen flat, as al-Sisi’s popularity in Egypt and support from Gulf Arab leaders appears unaffected. It indicates Washington is getting increasingly uncomfortable with Russian geopolitics in the eastern Mediterranean.

F. William Engdahl is a strategic risk consultant and lecturer, holding a degree in politics from Princeton University and is a best-selling author on oil and geopolitics, exclusively for the online magazine “New Eastern Outlook”.