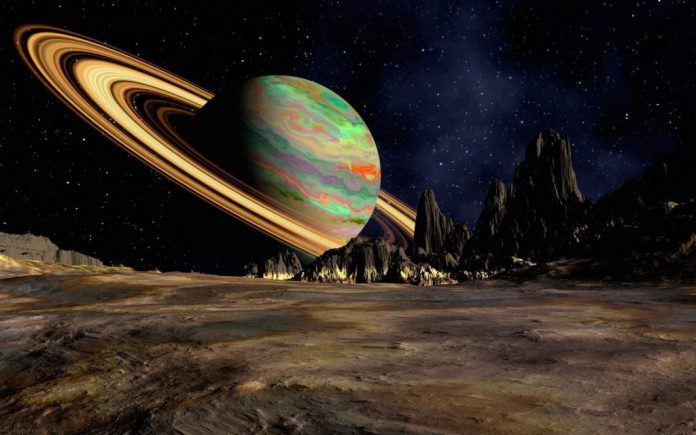 Alien life will be found by 2025: Top NASA scientist

[ Editor’s Note:  Well, well…it seems the ET world is finally going mainstream after many years of being viewed as science fiction by so many. We have long had shots taken at VT about how much “ET coverage” we have.

When folks ask why, I give them a very simple answer. It has long been a major topic of interest and discussion in the Intel community, which knows that a lot of the black funding projects that have run for decades are involved in “evaluating” this subject.

We have led the way in covering ET craft…by that I mean reverse technology constructed ones. Late last summer and fall we ran our science series on suppressed technologies, including the small clean nuclear engines and the anti-gravity technology that was used to get the lunar module off the moon. This is why we beat the Russians in that race.

And then we have the famous quote from the major NASA engineers back in the 90’s who when speaking at a large symposium stated that if “ET” did get stranded here we definitely could send him home. No one at his level had ever said anything like that.

And then we have our own in house witness, Gordon, who has put his hand on one of these craft once, in a huge hangar in Britain. And without fail, with all new presidents coming into office, one of the first things they want to be briefed on is all the ET stuff.

So yes, we will always be covering this topic here for as long as we are around, and we look forward to the next big story, whenever and wherever that happens and comes from… Jim W. Dean ]

A high-ranking scientist with the National Aeronautics and Space Administration (NASA) has predicted that human beings will find signs of alien life by 2025.

According to NASA, such discoveries may even occur in our own solar system.

“We know where to look. We know how to look,” added Stofan during a panel discussion focused on the agency’s efforts in the search for habitable worlds and alien life on Tuesday.

“In most cases we have the technology, and we’re on a path to implementing it. And so I think we’re definitely on the road.”

Associate administrator for NASA’s Science Mission Directorate, John Grunsfeld, who was also present at the panel, said that life will be found in the near future in our own solar system and other systems.

“I think we’re one generation away in our solar system, whether it’s on an icy moon or on Mars, and one generation [away] on a planet around a nearby star,” said Grunsfeld.

Liquid water has been discovered underneath the frozen surfaces of the Jupiter’s moons Europa and Ganymede, and also on the Saturn’s moon Enceladus.

In the ancient past, Mars’ surface was covered with vast oceans, and dark streaks seen today on its surface may have been caused by the flow of salty water.

On the planet’s surface, NASA’s Curiosity rover has discovered carbon-containing organic molecules and “fixed” nitrogen, which are the basic ingredients required for similar life to that on Earth.

Also, based on NASA’s Kepler space telescope’s observations, suggestions have been made that almost every star in the sky hosts planets which may be habitable.

“Once we get out beyond Mars, the likelihood that it’s similar to Earth because we share that material gets very, very low,” Grunsfeld said. “And I think that’s where it starts getting exceptionally exciting.”