Home Life Your Radiation, This Week 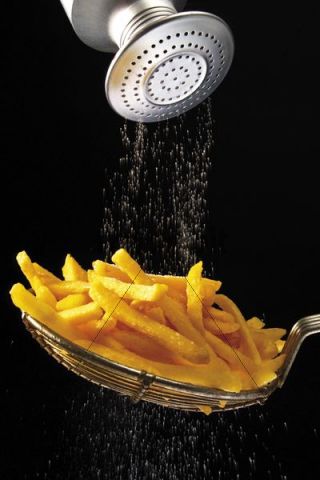 (San Francisco) April 10, 2015 – Good Day, this is “Your Radiation, This Week.” These are the recorded Radiation Highs that affected people this week around the United States and in your neighborhood.

Let’s get right to it.

Across the United States from East to West and North to South, this is Your Radiation, This Week.

ARE YOU AS HEALTHY AS YOUR PARENTS WERE?

salting French Fries at your favorite Diner, the radiation falls out of the sky and gets us all.
No one is left out. One result is that we are not as healthy as our parents and grandparents were at our age. Government nuclear weapons policy says it is worth it to have the Bomb – Global Thermonuclear Weapons, and little, more usable ones, too. This policy just makes us all less healthy.

Lincoln, NE from the list above experienced 489 CPM of combined Gamma and Beta Radiation this past week. That is serious stuff, nothing to fool around with. A good question is where did the 489 CPM of Radiation come from?

Lincoln is surrounded by three aging, leaking nuclear power plants. Lincoln is directly in the path of the powerful Jet Stream moving South from the Arctic and Canada carrying radiation from radioactive wars and 486 other decrepit reactors all over the world. All these things contribute to the radiation count in Lincoln today.

It is important to note these radiation plumes don’t go around the world just once, the plumes go around the world many times, dropping part of the radioactive load each mile of the way. All forms of precipitation are good scavengers of radiation from the atmosphere. Some, like snow, are better than most. California gets much of its water from the snow melt during a normal spring and winter.

As a result, 70 years after the nuclear business started, Lincoln and many other communities are paying the price.

Everyone in Lincoln breathes about 17 times a minute. Part of the radiation in the air ends up inside them. A milligram, or 0.0000352 of an ounce, of radioactive particles fires about 800 rounds a minute, forever, inside folks. It causes heart disease, cancers and hundreds of other diseases; but, first and foremost is heart disease. These weapons never jam and never run out of rounds.

DILUTION IS THE ANSWER ?

Many people have heard the old chant “Dilution is the answer to pollution,” you may have even said it yourself. Some items, like thousands of radioactive compounds and molecules, instead of being destroyed are merely spread out wider to attack more people, animals and plants.

Dr John Gofman, former Medical Director of the Lawrence Livermore Nuclear Weapons Lab stated “… If you pollute when you DO KNOW there is NO safe dose with respect to causing extra cases of deadly cancers or heritable effects, you are committing premeditated random murder.” [Emphasis added.] – John W. Gofman, Ph.D., M.D. (1918-2007), associate director, Lawrence Livermore National Laboratory 1963-1969) — Comments on a Petition for Rulemaking to the Nuclear Regulatory Commission, May 21, 1994.”

In civilian use you cannot slice it any finer than one molecule. In militaries it is called a nuclear weapon, some electricity makers use it in nuke power plants. What worked as conventional wisdom in the Middle Ages about dilution and pollution doesn’t work with nuclear material today.

However, 16th century thinking abounds in the militaries of nuclear nations. The former Soviet Union dumped reactors off the coast of Siberia and the American military dumped nuclear material off both the East and West Coasts of the States. The practice has not necessarily stopped, it is spreading.

Famously, the Mafia in Southern Italy regularly buys old freighters, loads them with radioactive used fuel rods from reactors, drives them out in the the ocean and scuttles the boats, sinking them to the bottom of the sea. The bottoms are blown out of the ships in the Mediterranean Sea and along the coasts of Africa. There is no known plan to retrieve the reactors or the radioactive nuclear material.


Check with me, Bob Nichols, on VeteransToday for the next edition of Your Radiation, This Week.

1. The Radiation charts and graphs of the EPA www2.epa.gov/radnet  Should you need to type in the address don’t skip the “2” in www2.

2. The EPA based reporting of NETC.com, an LLC.

4. “…If you pollute when you DO KNOW there is NO safe dose with respect to causing extra cases of deadly cancers or heritable effects, you are committing premeditated random murder.” – John W. Gofman, Ph.D., M.D. (1918-2007), associate director, Lawrence Livermore National Laboratory 1963-1969) — Comments on a Petition for Rulemaking to the Nuclear Regulatory Commission, May 21, 1994.

5. CPM. “Although we can’t see it, taste it, smell it or hear it we can measure radiation and observe its effects. One way to measure radiation which the United States Environmental Protection Agency [EPA] has chosen to use on its radiation websites is in Counts Per Minute. Each Count is One Radioactive Decay.” Quote from last week’s ‘Your Radiation, This Week.'” Apr 3, 2015.