Home WarZone NEO – Why America Is Being Targeted 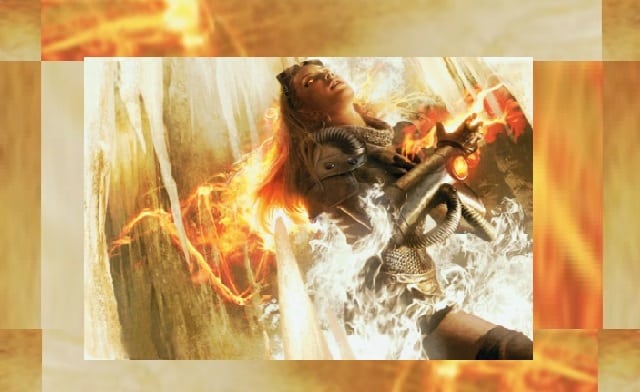 [ Editor’s Note:  Get ready for another barnburner from Gordon below, and fasten your seatbelt. He takes us down the Yellow Brick Road of American political corruption with the writing technique of a Fellini movie.

The Ted Cruz material at the end, about his being a Christian Zionist whacko, compliments of his even whackier dad, is something corporate media has somehow managed not to find, even though it comes right out of the horse’s mouth. Or is it that they don’t want us to know — or was it that someone ordered them not to tell us.

As you might expect, this piece is a hint that we need to take the gloves off in the coming political season, as the various sellouts and bottom dwellers are paraded before us, as if there were real options for us among them.

So far, it looks like the usual political conundrum we face at election time — we are damned with either one on key security issues, and only have choices on the fluff stuff, with the exception of some of the economic issues. I hope that all the candidates have a campaign season like they have never endured. They have earned it, and so have we… Jim W. Dean]

The world is filled with extremist groups, both political and religious. One such group, “strange bedfellows” as seen by many, threatens nuclear annihilation of the planet.

This group or cult, centered in America and Britain, subservient to Israel, has both great financial and political power and access to several nuclear arsenals.

Some of this has been done through key individuals within the defense establishments of the US and Great Britain, others through nuclear armed terror groups in their thrall and more frighteningly, through their leader, Benjamin Netanyahu, the most dangerous terrorist leader in the world today.

Anyone failing to note the current set of conflicts, ISIS in Syria, Iraq, Yemen and Libya, the death cult that has taken control of Kiev, Boko Harum, Al Shebab, all dancing to the same tune, would be remiss.

This is all the work of the “Masters of the Universe,” managed and controlled by an international network of blackmailed and bribed diplomats and military leaders, men like NATO commander General Breedlove or women like the State Department’s Victoria Nuland, aided and abetted by security services, with mountains of drug cartel cash and backed by occultist fanatics.

The response to this week’s announcement of a nuclear settlement with Iran was predictable. The world cheered, Iran faces a new political landscape and American companies are lining up for oil and gas contracts, filling Tehran’s best hotels.

Others, however, turn every incident to their purpose, one both dark and nefarious. In fact, likely as not, their fingerprints are on these incidents, be it shootings in Paris or Nairobi or the downing of an airliner in the French Alps. To those who worship chaos theory, a day without a disaster is a day lost.

With Iran officially disarmed, having agreed to a process that eliminates any possibility for the development of nuclear weapons, one must examine the rationale for the entire process, that of placing sanctions on Iran, that and the years of negotiations which, when examined in the light of day, were both time consuming, amusing and useless.

It Was Never Iran

Iran had, by every international standard, according to every intelligence estimate, every report, no nuclear weapons program at all. They didn’t have one, they hadn’t had one for many years and they appeared not to be seeking to begin one either.

All stories to the contrary were and are simply lies, easily proven, self-evident but not benign in origin or purpose.

As long as focus could be put on the purported threat from Iran, the real threat, that of Israel and her nuclear arsenal, could be ignored. That time is gone. Israel is a lynchpin for the “Armageddon machine.”

Take these established facts into consideration:

It has to be clear to all that renewing the Cold War through gangsterism and propaganda is part of a conspiracy. This is certainly no theory.

What is less clear is that the United States is far more a targeted nation than even Russia.

Rafael Edward “Ted” Cruz is a US Senator, born in Calgary, Alberta, part of Canada or so we are told, who wants to be president. He is the current Republican front runner for president in 2016 and to those who fail to study, he has disguised himself as a political and fiscal conservative. He is anything but.

Cruz is the son and inheritor of Rafael Cruz, director of the Purifying Fire International Ministry, a “Dominionist/Reconstructionist” religious group. Cruz and his followers share the father’s religious ideals, but what are these “ideals?”

These beliefs are no secret, his father repeats these heresies and espouses these same minimally treasonous and more than insane beliefs to all that will listen.

Cruz, who heads the senate committee that oversees America’s courts espouses essentially a version of Sharia Law for the US. However the biblical laws Cruz is sworn to enact are of his own authorship.

He and his personal confidant, Christ himself, stand ready to pass laws and pronounce judgement “on the fly.” Compared to rule by Cruz and his megalomaniac henchmen, an alien invasion might seem desirable.

Cruz who heads the senate committee that oversees space research and exploration believes that earth is 6000 years old and that men and dinosaurs walked the earth together, believes this and states this with some regularity. To Cruz, all teaching of non-biblical history and science is the work of Satan and the anti-Christ, who he believes is Barack Obama.

Millions of Americans cheer when he speaks of silencing women and chastising homosexuals. What he says less often is that, upon the death of his father, Ted Cruz will assume the kingship of America, anointed by Christ himself, who came to Cruz and promises him eternal life.

If you want to know how America will fall, perhaps this man, Ted Cruz, may well bring that about. Gambling boss Sheldon Adelson has promised $5 billion to get Cruz elected. That kind of money can finance more than one 9/11.

When a pregnant woman is broken in half in Odessa, it is done by a follower of Cruz, of Netanyahu, a believer in the occult, a fantasist steeped in murderous delusion.

When children are slaughtered in Kenya, a plane driven into the ground in France and hundreds burned or beheaded across the Middle East or Africa, the “unseen hand” is not so unseen.

Never fail to note the satellite telephones, the anti-aircraft guns, the sparkling new $40,000 trucks and the tanks of fuel where no fuel exists.

Note how monsters walk the earth, both acknowledged and unseen, above the laws of men and their gods.