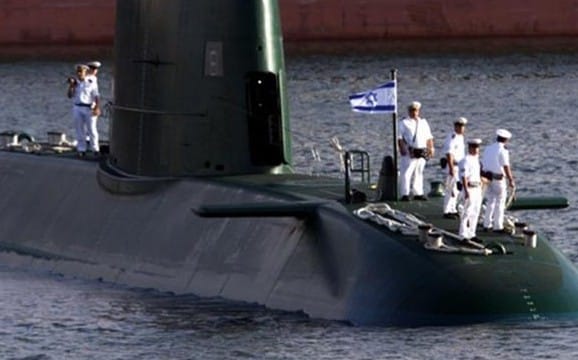 [ Editor’s Note:  It has always amazed me why Germany keeps producing these offensive subs for Israel. It has paid enough reparations, even as the Israelis have paid none to the Palestinians, and never intend to. In Uri Avnery’s piece a few weeks ago, he mentioned that some compensation would have to be paid, but from “foreign sources”. Easy acceptance of being on the dole… well, some might think that was very Jewish of him.

Americans, both parties, have never uttered a word about it. Sure, AIPAC is all onboard, but these new ships have some of the firing tubes enlarged to carry cruise missiles. And the Zios have the mini-nuke warheads to put on them, so one hit does the trick… complete surgical strike.

The last Dolphin transfer was a hoot because the Israelis held up delivery, insisting on a deeper discount than they already had agreed to. This was a show of power to the Zionists back home that their political leaders could make Germany kneel, and she did. Israelis get off on this stuff, and the Likuds have played the game well, and with the US, too… Jim W. Dean ] 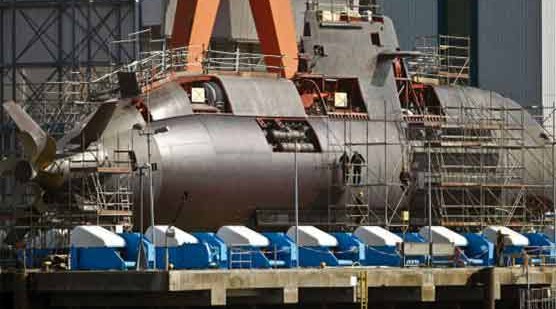 The German Federal Security Council has allowed the government to deliver another submarine to the Tel Aviv regime.

The German daily newspaper Süddeutsche Zeitung reported on Friday that the government of German Chancellor Angela Merkel will export the fifth of six promised Dolphin-class submarines to Israel after the council expressed its consent.

The German company ThyssenKrupp had already delivered the fourth submarine to the Israeli regime in September 2014.

The deliveries have greatly infuriated many people in the European country as one third of the $530-million submarines contract between Berlin and Tel Aviv has been set to be covered by German taxpayers.

Merkel’s administration has also come under fire for providing Israel with Dolphin-class submarines because they are capable of being equipped with nuclear cruise missiles.

Meanwhile, a military expert warned Berlin of the consequences of the submarines delivery, saying that the vessels, when in the hands of the Israeli regime, will turn into a threat to the security of the region and the world.

“These are new batch of submarines that Israel is receiving which have a markedly increased capability on what they’d had previously in terms of range, covertness and ability to reach different parts of the world than they had previously been able to do,” Peter Roberts, an expert in sea power and naval weapons systems at the Royal United Services Institute in London, told Russia-based Sputnik news agency.

Under Germany’s Military Weapons Control Act and the Export Act, the country’s Federal Security Council must approve of any military deal between Berlin and foreign states.