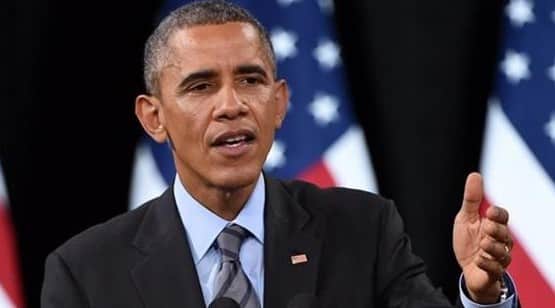 We have Zionist supremacism on display front and center as in, “Who does Russia, China, Germany, France, England and the Whitehouse thing they are…that they can actually do something that Israel actually objects to!?”

What seems to have happened is that after Obama had finished rounding up all the votes he could get to block a Senate resolution veto, it was now time to start pummeling the Senators moonlighting for Israel with some payback and defend his presidential constitutional negotiating rights.

It will be time to pour the calls into the Whitehouse now thanking the Prez for taking the fight to them, and start making the lists of Senators in Bibi’s little black book. The only leverage we can have on them is to put some political risk on the table, especially for the pitiful ones who will be running for President. You might recommend they move to Israel if they want to serve the Zios so much.

Using the Panama summit to make the announcement was also a good move as he knew the NeoCons would pounce on him for the long overdue shift on our Stone Age Cuba policy.

It was no surprise that religious extremist Cruz was handed the spotlight to do his “End Times” description of the Cuba shift.

Don’t be nasty in any of your communications as that makes no impression on them. Use satire, and let them know you consider them sellouts and phonies and an embarrassment to have people of such low quality in the Senate.

And saying you consider them a national security risk is not nasty, just an observation. Don’t forget to call them at least once a week as the numbers will add up more. The staff generally gives the boss a “for and against” daily tally on the incoming traffic. So keep it short, all bullet sound bites, as all they communicate is that… Jim W. Dean ]

US President Barack Obama has blasted Republican opponents of a potential agreement between the P5+1 and Iran over its nuclear program, saying they are attempting to “short-circuit” international negotiations.

said on Saturday at the historic 35-nation Summit of the Americas in Panama City, Panama.

“My only question is why we’re trying to short-circuit our own negotiations,” he continued. “That’s not how we’re supposed to run foreign policy regardless of who is president or secretary of state. It needs to stop,” he stressed.

Iran and the P5+1 group – the US, Britain, France, China, Russia and Germany – along with officials from the European Union reached a mutual understanding on Tehran’s nuclear program in the Swiss city of Lausanne on April 2.

The two sides will now start drafting a final accord, dubbed the Joint Comprehensive Plan of Action (JCPOA), which is expected to come until the end of June.

If a final deal is reached, it would lift all international sanctions imposed against the Islamic Republic in exchange for certain steps Tehran will take with regard to its nuclear program.

“What I’m concerned about is making sure we don’t prejudge it or those who are opposed to any deal whatsoever try to use a procedural argument essentially to screw up the possibility of a deal,” Obama said.

A group of 47 Republican senators sent an open letter to Iran’s leaders last month, warning that whatever agreement reached with the Obama administration would be a “mere executive agreement” and that Congress could ultimately walk away from any deal with Tehran upon review.

The White House has denounced the GOP letter as an “unprecedented” and “calculated” attempt to interfere with the Iran nuclear talks.

Tom Cotton, the freshman Republican senator from Arkansas, claimed that he had drafted the letter. However, independent analysts say the letter was essentially written by William Kristol, his main financier.

Kristol is the head of the Emergency Committee for Israel, a neoconservative group associated with Israel lobby.