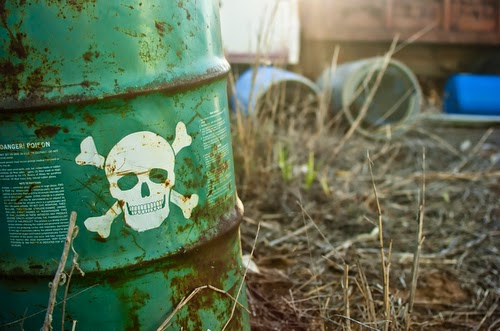 Victorville Army Airfield / George Air Force Base (AFB) used organochlorine pesticides, before they were banned, to protect its buildings against termites and other pests. The following pesticides and their breakdown products were detected under and around the George AFB Family Housing: aldrin, chlordane, DDT, dieldrin, endrin, heptachlor, and lindane. The levels of aldrin, dieldrin, and chlordane and their breakdown products were so high that the Base Family Housing was barred for residential use when the property was transferred to the Southern California Logistics Airport Authority in 2007. However, the Air Force refused to disclose the use of these pesticides or test the soils at any property except the Base Family Housing. This means that there was no testing done at the George AFB Schools, Barracks, Dorms, or the common areas where children would play (playgrounds, parks, baseball diamond, or pool).   See: George AFB’s Schools

The high number of reported miscarriages, stillbirths, infant mortalities, childhood cancers, and infertility in women and girls who lived in the Base Family Housing may be partly due to the persistent, cumulative nature, and synergistic interaction of these pesticides/toxins. Unfortunately, the average length of time that we were stationed at a base was 4 to 6 years. Because of this, we lived with our families at one contaminated base after another, and the number of and levels of toxins kept building in our systems, often with fatal results, especially for our children.  See: Air Force Superfund Site

While this article outlines the problems with Persistent Organic Pollutants (POPs) at George AFB, nearly every military base in the US has or has had the same problems.

READ FULL STORY >>>>
ATTENTION READERS
Due to the nature of independent content, VT cannot guarantee content validity.
We ask you to Read Our Content Policy so a clear comprehension of VT's independent non-censored media is understood and given its proper place in the world of news, opinion and media.