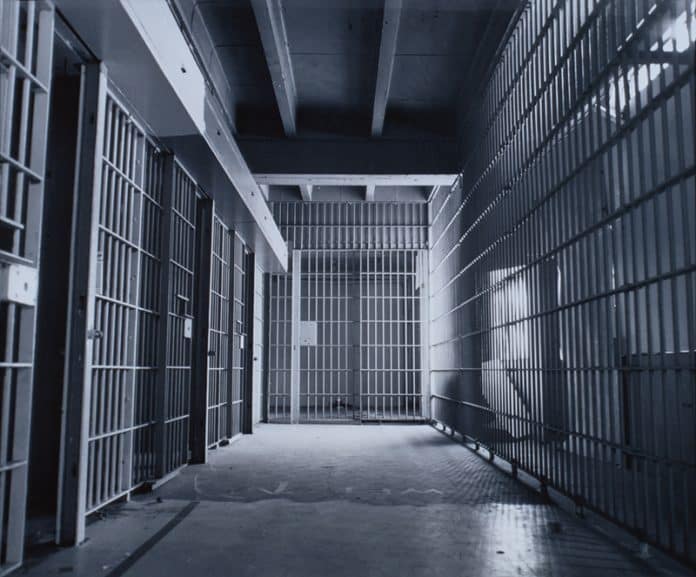 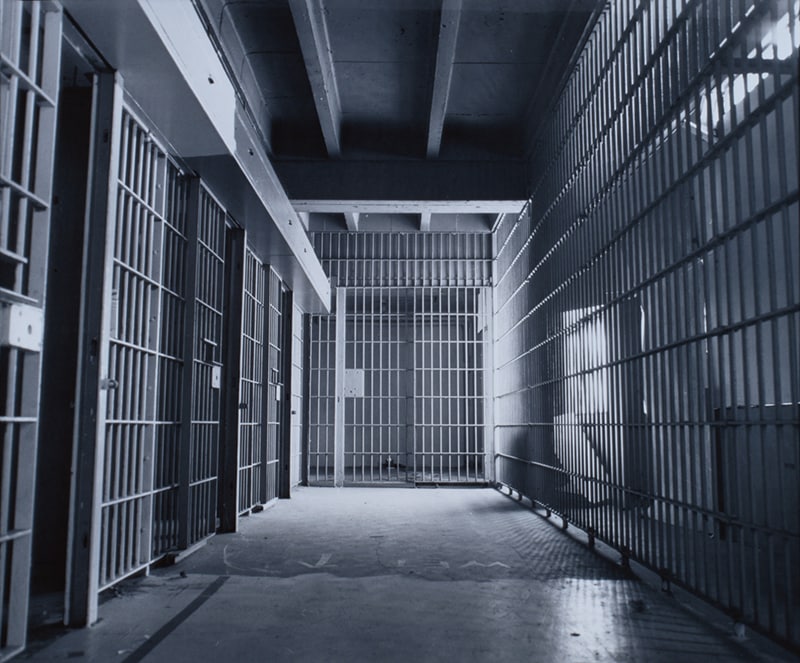 The three most powerful nations all operate prison systems that are places of sadism, sickness, and madness unfit for human habitation, much less human reformation.

America has 2.3 million souls behind bars; China ranks second with 1.5 million, and Russia places third with 870,000—a figure Deputy Justice Minister Yury Kalinin says actually is closer to 2 million. Whatever, all three inflict gruesome tortures on their prisoners.

To begin with, one permanent misery that equals torture is overcrowding. California is fighting a U.S. Supreme Court order to slash a prison population 46% over capacity: 119,000 human beings stuffed into 33 prisons. It’s a story repeated over and again nationally—in Alabama, Illinois, ad nauseum.  “We send more people to prison, for more different offenses, for longer periods of time than anybody else,” Ryan King of The Sentencing Project, told Reuters. Among the worst off, are those isolated in California’s Pelican Bay “supermax,” locked into 11 x 7 foot windowless concrete cells for nearly 23 hours a day, without sunlight, fresh air, or human touch, according to a recent letter of appeal to Gov. Jerry Brown to end solitary.

Cut off from every normal human interaction, prisoners describe their lockdown as being “buried alive.” These conditions of torture will not make anyone safer, or prepare men for release, the letter says. Prominent psychiatrists say if the prisoners are not mad when they enter isolation, they frequently go crazy in isolation and are incapable of clear thinking when released to society.

“We stand together against these shameful practices and consider them extensions of the same inhumanity practiced at Abu Ghraib and Guantanamo Bay,” the letter reads. “In defense of the U.S. Constitution and the Universal Declaration of Human Rights, we, the undersigned, call on Governor Jerry Brown to end this torture at Pelican Bay and all California Prisons immediately.”

Among the signatories is Right Reverend Joseph Jon Bruno, D.D., of the Episcopal Diocese of Los Angeles; journalist Gloria Steinem; the ACLU’s Deputy Legal Director Vanita Gupta; Tikkun magazine founder Rabbi Michael Lerner; Michael Ratner, President Emeritus of the Center for Constitutional Rights and MIT Professor Noam Chomsky. America is the world leader in the use of solitary confinement, what one warden called “a clean version of hell.” Eighty thousand inmates are suffering this way nationally.

Pelican Bay may be compared with Russia’s notorious Kresty prison, St. Petersburg, built to hold 3,300, but containing 10,000. In a report on overcrowding, Radio Free Europe said the average inmate there has a living space smaller than a coffin—about 60 square centimeters—and that in 1998 alone 56 inmates died of asphyxiation. China’s prisons are just as bad.

Liao Yiwu, the famed Chinese poet, describes very precisely “what it is like to be in constant fear, to live in a cramped cell with so many other men that there is barely room to lie down, and to be starved of proper food, and sex,” writes Ian Buruma about him in the July 1 issue of The New Yorker. The poet, who was beaten during his incarceration with an electric baton, recalled, “I screamed and then whimpered in pain like a dog.” Yiwu twice attempted suicide.

Torture is common in the prisons of all three countries. Human rights activist Lev Ponomaryov, reports NPR, says there are “dozens of torture prisons across Russia, where over the past eight years conditions have become so bad that some prisoners are driven to suicide. “They’re told they’re not human. They’re punished for trying to defend their dignity. The old Soviet term for that was turning people into ‘Gulag camp dust,’” Ponomaryov stated. In China, prisoners are forced to inform on their fellows and those who do not are beaten, some of them beaten to death, The New Yorker article asserted.

In America, where roughly 90,000-plus juveniles, half of them 16 or under, are confined in juvenile residence and 100,000 more in adult prisons, sexual abuse is also commonplace, according to the National Prison Rape Elimination Commission Report(PRECR) of June, 2009. But this seemingly is true in many other jails as well. Air Force veteran Tom Cahill, recalled being gang-raped and beaten by the inmates while spending just one night in a San Antonio, Tex., jail. “I’ve been hospitalized more times than I can count and I didn’t pay for those hospitalizations; the taxpayers paid,” Cahill said. Over the years, the Veteran’s Administration has shelled out $200,000 in connection with that one rape. And “The Long Term View,”(Vol.7, #2) published by the Massachusetts School of Law at Andover, quotes former prisoner Necole Brown recalling, “I continue to contend with flashbacks of what this correctional officer did to me and the guilt, shame, and rage that comes with having been sexually violated for so many years.”

While many prisoners fear to reveal the beatings and rapes they have endured, a survey by the federal Bureau of Justice in 2007 estimated that 60,500 state and federal prisoners were sexually abused that year, most of the abuse, incredibly, coming at the hands of staff, not from other prisoners.

What’s more, officials in all three countries view inmates as slave laborers and force them to work for little or nothing. Chinese Poet Yiwu, confined for his poem “Massacre,” said, “prison personnel…were quick to take advantage of the free labor to fatten their wallets.” In his prison, inmates spent at least 10 hours a day putting together medicine packets and those who resisted the work could be beaten up and thrown into “dark cells” just big enough to crawl into and lie down. Yiwu told of tortures and humiliations too nauseating to be cited in this article.

While the U.S. has been critical of China’s forced-labor policies, it has its own pool of prison slaves perspiring what the Russians call “golden sweat.” History professors Steve Fraser, of Columbia University, N.Y., and Joshua Freeman, of Queens College, N.Y., write for TomDispatch that, “All told, nearly a million (U.S.) prisoners are now making office furniture, working in call centers, fabricating body armor, taking hotel reservations, working in slaughterhouses, or manufacturing textiles, shoes, and clothing, while getting paid somewhere between 93 cents and $4.73 per day.”

What began in the 1970s as an end run around the laws prohibiting convict leasing by private interests has now become an industrial sector in its own right, employing more people than any Fortune 500 corporation and operating in 37 states, the historians contend.

Since a large percentage of the victims employed at this labor are African-Americans, one wonders why it isn’t banned under apartheid statutes.

As Adam Gopnik pointed out in The New Yorker (Jan. 30, 2012): “More than half of all black men without a high-school diploma go to prison at some time in their lives. Mass incarceration on a scale almost unexampled in human history is a fundamental fact of our country today—perhaps the fundamental fact, as slavery was the fundamental fact of 1850. In truth, there are more black men in the grip of the criminal-justice system—in prison, on probation, or on parole—than were in slavery then. Overall, there are now more people under “correctional supervision” in America—more than six million—than were in the Gulag Archipelago under Stalin at its height. That city of the confined and the controlled, Lockuptown, is now the second largest in the United States.”

The most insidious crimes of all that governments commit against their prisoners is the Chinese practice of executing them in order to harvest their body organs—-hearts, livers, corneas, etc. According to a report by Point Park News Service, Pittsburgh, Pa., Dr. Jianchao Xu, an assistant professor of nephrology at Mount Sinai School of Medicine, N.Y., says independent studies reveal at least 30,000 Chinese Falun Gong practitioners have been killed for this purpose. “Millions are put into labor camps,” said Yang, “and they’re subjected to rape, torture, and, of course, organ harvesting,” adds Dr. Jingduan Yang, of Doctors Against Forced Organ Harvesting. In all three countries, medical care reflects the official view of prisoners: meaning that it ranges from poor to non-existent. Stories still emerge of American prisoners who die waiting for a doctor to see them.

The prison systems of the three nations have much in common: they are all inhumane; they all employ torture; they all exhibit little or no regard for human life; and they all spotlight the medieval mind-set and contemporary totalitarian practices of the societies that created them.