Home Government Obama says he is surprised Russia did not resume S-300 supplies to... 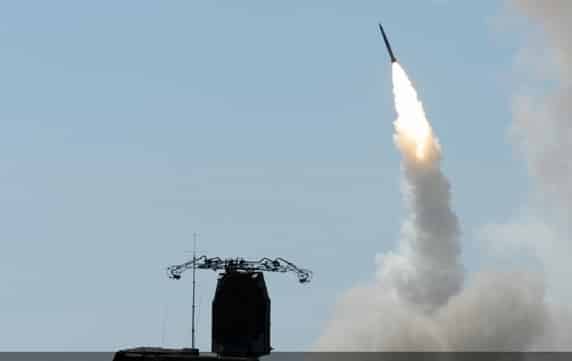 WASHINGTON, April 17. /TASS/. US President Barack Obama admitted Friday that he was “surprised” that Russia had not resumed its supplies of S-300 air defense missile systems to Iran earlier.

“With respect to the Russian sales, I will tell you this is actually a sale that was slated to happen in 2009, when I first met with then-Prime Minister [Vladimir] Putin. They actually stopped the sale, paused or suspended the sale, at our request,” Obama said at a news conference in the White House after talks with Italian Prime Minister Matteo Renzi.

“And I’m frankly surprised that it [the ban on S-300 deliveries to Iran] held this long, given that they were not prohibited by [UN Security Council] sanctions from selling these defensive weapons,” he said.

“When I say I’m not surprised, given some of the deterioration in the relationship between Russia and the United States, and the fact that their economy is under strain and this was a substantial sale,” the US president said.

Russian President Vladimir Putin signed a decree allowing S-300 deliveries to Iran on April 13. The document came into force on the day it was signed.

Under the 2007 contract, Moscow was to deliver to Tehran five divisions of the missile systems of medium range worth over $800 million.

The Iranian side paid $166.8 million in advance. However, until mid-2010 the systems were not supplied to Iran.

In September 2010, then-President Dmitry Medvedev signed a decree on measures on implementing the UN Security Council’s resolution 1929 that in particular banned the S-300 supplies to Iran. The contract was canceled and the advance payment was sent back to the Islamic Republic.

Why did Russia lift the ban?

Russian Foreign Minister Sergey Lavrov said Monday Russia’s voluntary embargo on deliveries of S-300 missile systems to Iran is no longer needed due to progress in the resolution of the situation around Iran’s nuclear program.

“Initially, the decision to suspend the implementation of the contract, which was already signed and came into force, was made in September 2010,” he recalled. “It was done in the interests of support for consolidated efforts of the six international negotiators to stimulate a maximally constructive process of talks on settlement of the situation around Iran’s nuclear program.”

The minister particularly stressed that “it was done absolutely voluntarily.”

“Resolution 1929 of the Security Council, which was approved in 2010, just like any other UN resolutions did not impose any restrictions on deliveries of air defense weapons to Iran. I will emphasize, it was done in the spirit of goodwill to stimulate progress at the talks,” he said.

This year, Lavrov continued, the six international negotiators, after a regular round of talks with Iran, “stated” on April 2 in Lausanne “substantial progress in settling Iran’s nuclear problem.”

“The P5+1 stated progress in the settlement of Iran’s nuclear program. Political frameworks of the final agreement were coordinated. They received a high assessment everywhere on the international arena,” he said. The P5+1 is the five permanent members of the UN Security Council – the United States, Russia, China, the United Kingdom, and France – plus Germany.

“This result was in many respects achieved because the six international negotiators worked in a consolidated manner on political settlement of the serious problem,” he said. “We are convinced that at this stage, there’s no more need of such an embargo, Russia’s separate voluntary embargo.”

“S-300 is an air defense missile system, which is of a purely defensive nature. It is not designed for attacks and will not put at risk the security of any regional state, including Israel, of course,” Lavrov said.

“Meanwhile, for Iran, taking into account the very tense situation in the region surrounding it, modern air defense systems are very important,” he said.

“This is in particular proven by an alarmingly fast development of events in the past week of the military situation around Yemen. Of course, we couldn’t but take into account commercial and reputational aspects too. As a result of contract suspension, Russia did not receive large sums we were to have received,” Lavrov said.

“We see no more necessity in doing that, taking into account progress in the talks on settlement of the Iranian nuclear program and an absolutely legitimate nature of this forthcoming deal,” he said.