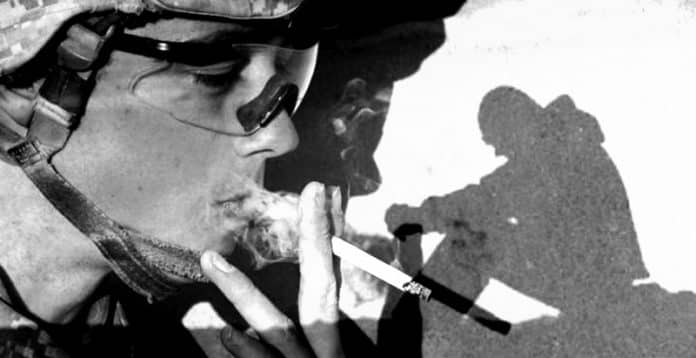 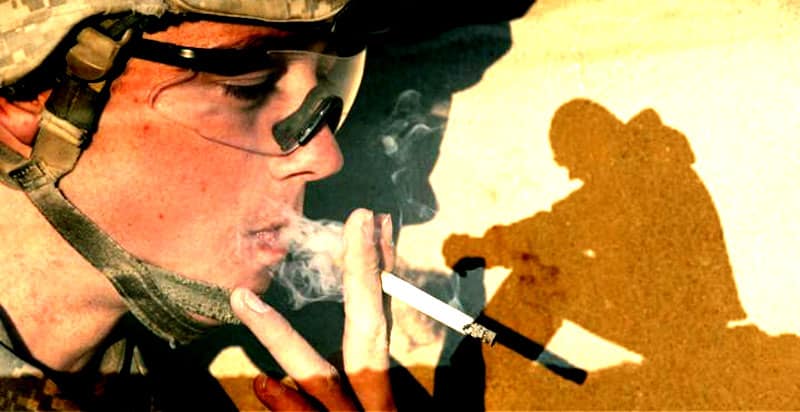 In recent years, attention has been brought to the quality of life veterans experience after serving our country. Unemployment and mental health has held the spotlight in those discussions, but an important underlying issue lies in tobacco use.

Despite the strength and willpower many veterans develop through their service, they are still susceptible to succumbing to cigarette addiction. A habit that starts as a way to alleviate the psychological stresses of war may ultimately bring many veterans pain and suffering they do not deserve. American citizens have a duty to look after those who have served, and part of that is seeing to their health.

While in service, members of our military face a barrage of pressures from their fellow troops and the military itself.

Sooner or later, many veteran smokers begin to notice how heavily they’ve smoked. According to the CDC, most veterans will admit that smoking is endemic in the military, and most want to quit. However, quitting can be a battle, one that almost no one can win alone.

The Veteran’s Affairs office offers counseling to all veterans in addition to a fully dedicated anti-smoking hotline. Veterans who deal with PTSD and depression can use what they learn through therapy to fight addiction. Many techniques used to supress the urge to smoke can also be used help control PTSD as well. The V.A’s programs seek to return mental stability to the lives of returning veterans.

With this stability, cigarette addiction may soon fade. Perhaps start considering those portable devices, that are actually a trend now, as part of the solution. Many smokers have kicked the habit by switching to vaping. There are many success stories about it out there.

According to an article from Business Week, additionally, Congress is seeking to pass legislation to restrict smoking in the military. Curbing the accessibility of cigarettes will go a long way in preventing new members of the military from falling into the trap of addiction. Further, many veterans feel that their tobacco addiction was a direct result of military service, and therefore nicotine replacement therapy aids that have shown proven results should be provided by the V.A. as tools for smoking cessation.