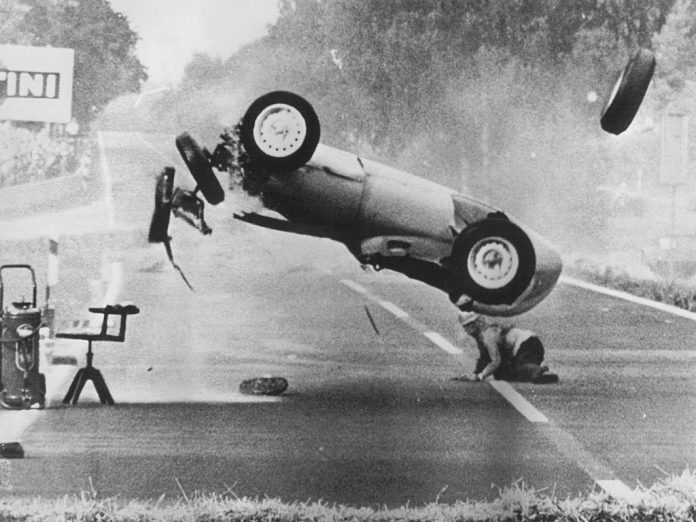 Welcome back to Jim Dean’s ‘Best of’ Vimeo Picks

[Note: I get email from time to time about where the weekend Living Section material went to, the movies, concerts and Vimeo “Best of” picks. I did those back in the days when the weekends were slower so I would be not working, cruising the video sites to see how their content was evolving.

I started saving the links to the stuff I really liked and it finally dawned on me to same our readers the hunting time by puttin up some of my gems. We did not have our international partners then or the interview schedule.

So here is a rerun of one of my favorites, back in the day when a racing seatbelt would have been considered a sissy thing. I had never known that until I first saw this, a monument to boys and their toys.

We will we work on getting a Living section tab up on the feature section bar for some change of pace, lighter material as we all need a break from the heavy stuff now and then… JD ]

We have a special treat for you tonight…the lost film. In digging back through some of my old Vimeo Picks I found a gem that had been misfiled during a 2:00 am work session.

It’s a clip reel of early motorcar racing films, back when they called them that, before me time.

Pay close attention when you see driver bodies flying through the air. And why?

Well, it’s because real men did not wear seat belts in those days. It showed a lack of confidence. Only a wussy would want one. And the same for roll bars. As you watch this think ‘death wish’.

The only analogy to this I can think of is the WWI Allied Air Brass who would not let pilots wear parachutes, thinking that it would detract from their ‘fighting spirit’…to be able to exit an aircraft in combat. Those pilots shot down in flames had only their pistols to use to avoid the agony of being burned alive.

And as you will see here, gas tanks did not have any special protection as one driver gets roasted.

You will also see that the old race tracks were a bit lax on crowd safety with attendees liking to get a good spot in places like hard turns so they were guaranteed of getting maimed or killed when a car lost the curve.

It seems the racing fans had their own macho thing to contribute to the event. You will see that some had good reflexes and miss death by inches, and some did not.

This first one up is the classic, I Killed Myself When I was Young, but it could have been called the Flying Men. VT salutes these early daredevils.

Don’t forget these were the days of wing walkers and flying the mail in bad weather with no real instruments, where getting lost was…well…very easy.

Many of them died, too…long forgotten, including WWI pilots who survived that to die in the eastern fog or Midwest rain or snow storms.

My only personal contact with this age was watching demolition derbies at the fair ground race track as a young boy. Now that I look back on it, because grandstands were smaller back then, we virtually all had box seats compared to stadiums now.

A rare New England tornado destroyed it five or so years ago, after fruitless attempts to pass all summer racing rather than what had been one week in September.

The economy of the town would have been hugely better off with that as a cushion for the ups and downs of the tourism market which always crashed in a recession like it has done with the past one.

A bit of news…Smithsonian.com recently ran a story on the top twenty small towns in America, and to my utter surprise, my Gt. Barrington, Massachusetts home town came out on top.

I will be making a trip back home in May for an extended shooting and interview project to get some pilot material for a new version of ‘One the Road with Charles Kuralt’, for those of you old enough to remember that fabulous series.

It was an Americana National Geographic TV show of sorts. And as a kid I thought he had the best job in the world, better than the president, as he got to go to all those neat places AND meet all those cool people in stashed away small towns. And from his belly I could see they fed him well.

I will keep you posted on how this develops as I will begin bringing my Heritage TV ‘best of’ archives online here at VT this summer to see what the response is as crowd source funding is the only way do something like this where you give it all away.

And now we are happy to present, I Killed Myself when I was Young. Our thanks to the fabulous Vimeo HD website, who pioneered helping new HD filmmakers with a full HD quality display platform for their work.

Here is a trip back into the archives…a past motorcycle racing piece, Steel Balls – How to Live and Die on a SuperBike. I had never seen footage like this, especially the helmet cameras which let you see exactly what the racer did. It’s quite a rush.

Gordon Duff has one of these, an older classic, and he is also a NASCAR certified driver and done the road rallies like in the second video, so he was my consultant.

To stroll through past my past VT Film Festivals and Concerts you can find them all at my VT archive here. They were a pleasure to make. And more are on the way. Enjoy… Jim