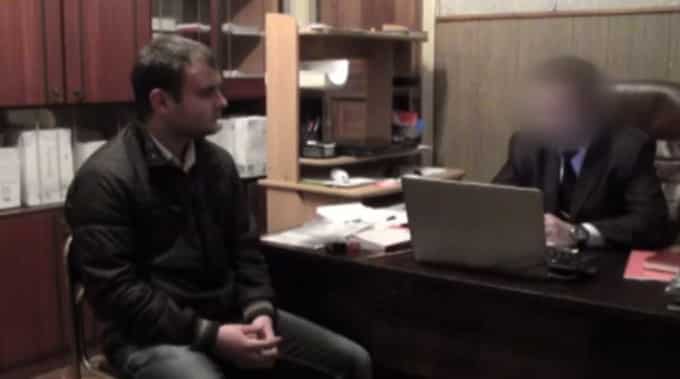 Back in 2014, German forensic investigators proved conclusively that MH17 was shot down by another aircraft.  The Ukraine had long admitted it had SU25’s “following” the plane but claimed they couldn’t fly that high.

VT with the help of Chip Tatum, proved that it could have been any aircraft because radar spoofing allows any plane to appear as any other, altering not only plane type but altitude and speed as well.  Israel has supplied this technology to the Kiev regime.  It is not known if they used it or not.

We could discuss the Dutch investigation but we would rather not.  No rational person would trust the Dutch, the long controlled and corrupted “monkeyboys” who succumb to pressure from anyone.  Do we want to discuss the Dutch as peacekeepers in Bosnia?  Ouch.

Then something even stranger happened, when you went on the internet, suddenly the SU25 could only fly 15,000 or 20,000 feet as its “operational ceiling.”  We investigated.  It seemed this was not the real capability of the plane at all.  I appeared on an interview show on RT with Russian pilots who regularly flew SU25’s at up to 47,000 feet.  The US shows the SU25 to have a real ceiling of 52,000 feet.  Why the lying?

Now it gets worse.  The Moscow Times, working with an anti-Putin group claimed it had proof a BUK missile was used, but by the Kiev regime.  As no missile was seen to be launched in the middle of the day, this is extremely unlikely, this and the fact that MH17 wasn’t shot down by a BUK missile.  Then we investigated the Moscow Times and the “anti-Putin” group.

We found the Moscow Times is a front for Booz Allen Hamilton, a CIA contractor and not a Russian publication at all.  Then we traced the source in Russia and found it to be an employee of Radio Liberty, another CIA front funded by the US government and managed by “the Broadcast Committee,” a nefarious group of neocons and Bush cronies including Donald Rumsfeld.

Then a couple of days ago, the manufacturer of the BUK missile said it was their missile, of course, without any evidence, but claimed it was a Ukraine version, not Russian.

All this obfuscation for one reason, to bury all real evidence that would lead to the real conclusion, one that could be actually proven, that an SU25 or some other aircraft, flown by Kiev, shot MH17 down.

As long as the door is kept open for the BUK cover story, MH17 will run for decades, a controlled opposition circus like “9/11 Truth” with their “nanothermite,” a substance never produced that would be immediately debunked by any real court.  The same thing is being done here, a curiously “Israeli” way of acting as it were.

Then today, RT, who gets suckered all the time, jumping from one planted story to another, not so bad as Press TV, but not so careful either, gets the story right because the one real witness has decided that it is safer to be in Russia than as a liability in Kiev.

The Russian Investigative Committee has identified a key witness to the MH17 crash in Ukraine’s Donetsk Region. He is Evgeny Agapov, an aviation armaments mechanic in the Ukrainian Air Force.

The man is currently under Russian state protection. “As now there is new evidence of the reliability of the words of the witness, as well as various reports concerning the doubts of certain media outlets about the real existence of this witness, we decided to disclose [the name of the witness],” Investigative Committee spokesman Vladimir Markin said. Agapov, a Ukrainian citizen, was serving as a military mechanic in the first squadron of the Ukrainian Air Force’s tactical aviation brigade.

According to Markin, the man “voluntarily crossed the state border of the Russian Federation and expressed a desire to cooperate with the Russian investigation.”

Agapov has testified that on July 17, 2014, a Ukrainian Sukhoi Su-25 jet aircraft piloted by one Captain Voloshin “set out for a military task,” Markin said. The aircraft returned to the airfield with empty ammunition. To his colleagues, Voloshin said that the plane was “at the wrong time or in the wrong place,” said the Investigative Committee spokesman.

“Our jets were flying regularly,” Agapov said in his testimony. “When one returned, the pilot, Captain Voloshin, got out of the cockpit.” He added that, as Captain Voloshin walked away with the other pilots, Agapov heard him say: “That was the wrong plane.”

“In the evening we learned that a passenger Boeing was shot down that day,” the witness said.

He said that on that day, July 17, the soldiers together with Agapov were “servicing another jet, attaching its payload.”

“Nearby was Flight Control Officer Dyakin, Captain Voloshin and two other pilots. Dyakin asked Voloshin: ‘What happened with the plane?’ He said, ‘It was in the wrong place at the wrong time.’”

On Tuesday, Russian arms manufacturer Almaz-Altey announced the results of its own probe into the MH17 tragedy. They say that the crash could only have been caused by one of the missiles from BUK’s older line of defense systems, the BUK-M1. These missiles are widely deployed by a number of post-Soviet states, including Ukraine, but have been replaced by a newer model in Russia.

“If a surface-to-air missile system was used [to hit the plane], it could only have been a 9M38M1 missile of the BUK-M1 system,” Almaz-Antey said in a statement.

In the meantime, Almaz-Antey’s experts said they had not “theoretically” excluded the possibility that the Boeing was hit by another type of weapon, such as an air-to-air missile. They cautioned that that final conclusions could only be drawn after all the necessary forensic tests had been conducted by the official investigative commission.

The Malaysia Airlines flight MH17, with 298 passengers on board, crashed on July 17, 2014 in the Donetsk Region of eastern Ukraine. The Boeing was en route from Amsterdam to Kuala Lumpur, and the majority of its victims were Dutch citizens.

Dutch forensic experts are leading the investigation into the causes of the tragedy. However, they have so far released only a preliminary report, in which they said that the plane “broke up in mid-air due to external damage.”