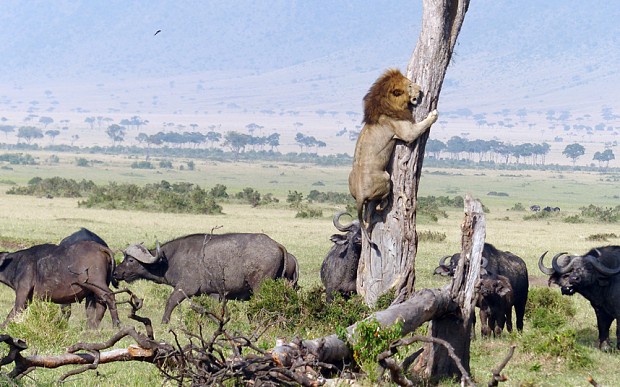 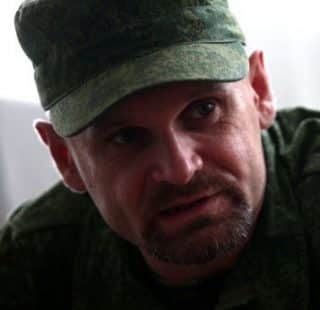 “War is the greatest injustice. We are not fighting the culprits. Those who pay, who incite, who use the media to make people turn against each other—this is who we should fight against.”—Alexey Mozgovoy

“How long shall they kill our prophets while we stand aside and look?”—Bob Marley

A Few Reasons for the Novorossiyan Rebellion

The Civil War that has been raging in Ukraine since early 2014 can perhaps be traced to several overlapping factors.

After the swift accession of Crimea to the Russian Federation, the Novorossiyans might have mistakenly believed that they too would be welcome into that Federation.  By the time they found out that Russia would not even recognize them as an indpendent state, the fight was already on.

As a result of the CIA Maidan coup, Sergey Glasyev has correctly observed: “There’s no real ‘government’ in Kiev; the US ambassador is in charge.”  Naturally, most people resent the idea of their country becoming a colony of a foreign power.

Moreover, it is one thing to be colonized by, say, the democratic Iroquois Federation, the fairly democratic Athenian Empire, or even Napoleonic France, and quite another thing to be colonized by the USA or one of its allies.  In fact, in the contemporary world, the worst thing possible that can happen to a people is to be either subject to an outright American conquest or to be conquered by one of America’s puppets.  An indirect American conquest (through regime change or through debt slavery), is almost as painful as a direct occupation.  American occupiers or their proxies steal most of the country’s resources, poison the land, impoverish the vast majority, convert the military and police into thugs, and put a bunch of vicious criminals in charge.  Free elections, free speech, honest dealings, genuine democracy, become a distant dream.  Some Novorossiyans must remember the devastation the USA brought to the Soviet Union in the 1990s, and they were probably determined to avoid a deja vu.

Then there is the contrived ethnic issue.  Most Russians and Ukrainians are Slavs, speaking a similar language and sharing a common history.  Most Ukrainians understand Russian, and many Ukrainians are native speakers of Russian.  In theory, the CIA could organize a pro-American coup, and yet refrain from encouraging the rise of Ukrainian Nazis known for their admiration of Hitler and for their inexplicable hatred of Russians.  But since the entire Maidan operation set out to provoke and isolate Russia (besides the obvious goal of plundering Ukraine), the CIA deliberately appointed extreme anti-Russian nationalists to head the new Ukraine.  These puppets then proceeded to talk about nuking Russia, outlawing the Russian language, and similar such provocative measures.  Thus, given America’s declared intentions to reduce Russian speakers to second-class status (like the Palestinians of Israel or the Kurds of Turkey), and given these puppets’ attack on the Russian language and culture, many Novorossiyans felt they had to fight back.

Since 2014, Alexey Mozgovoy was the leader of the Prizrak (=Ghost) battalion.  Besides his battlefield prowess, he had been a poet and a singer.  Like Phil Ochs, Martin Luther King, Louis McFadden, or Walter Reuther, he survived an earlier assassination attempt.  The second attempt led to his death at age 40.

Mozgovoy saw the Novorossiyan war for independence as part of a worldwide larger struggle of trying to free humanity of parasitic, heartless, murderous, oligarchs.

Here he is, in his own words:

“Oligarchic power in Ukraine must be destroyed.

“No ‘special status’ for Novorossiya, as stated in the Minsk Protocol, within a ‘united,’ ‘indivisible,’ Nazi, Banderite [Nazi collaborators in World World II who are treated as heroes in the CIA-controlled Ukraine], oligarchic Ukraine! Novorossiya already has its special status—it is its vision of a dignified, just society. Society based on power and freedom of the working people!

“The oligarchs remain our principal enemy. Not only for us, but also for the residents of Kiev and Dnepropetrovsk. All this time I have wanted to ask [these residents]—why do they then fight against the Donbass, and not against these oligarchs?

“[The war] will end when the majority of the people understand that they are being exploited for the benefit of others. On both sides [East and West Ukraine]. Nothing new. War has always been, and always will be, a business. The greatest victory will be if we create a government that thinks of the people. Not victory in the war, but victory over ourselves, over our own minds.

”We do what all regular people’s government institutions should do—authorities that do not hide from the people, do not lie to them, do not spit at them. We help the poor and the disadvantaged, we try to reach everyone who needs assistance in these difficult wartime conditions.  This is not an easy task. For example, we tried to organize agriculture, our own a collective farm —in order to feed Alchevsk [a Novorossiyan city] with our own food and not to depend on anyone in that regard.

“Novorossiya shall be! Oligarchs out! Power to the real, common people! This is our [first] chance in many decades to build an equitable . . . humane society.

“The transfer of power from the oligarchy to the people—right now this is the so-called international community’s nightmare. It became clear to everyone long ago that the world is ruled by the likes of . . .  [Poroshenko], Chubais and the Rockefellers. For these, removal from power is akin to death.

“Only Kiev’s capitulation can resolve the current situation. Only a separation of business interests from government can offer the chance to build a state with a human face. And only the prosecution of those who hold power, of the world ‘elite’ can enable the people to regain their dignity. Otherwise it was all for naught—all the slogans and all the victims.

“There always was and always will be fear. Right now, many are afraid of the coming winter. But this is animal fear. I am much more afraid of staying as a serf—of remaining an animal in the hands of the glossy feudal lords.”

And the surest way to get murdered in this bankers-ruled world is . . .

Students of history will immediately note the similarity between Mozgovoy’s views and those of the Athenian Democritus and Thrasybolus, the Roman Gracchi brothers, the Indian Mohandas Gandhi, the Argentinean Che Guevara, or the Americans Eugene Debs and Marin Luther King.  Although such visionaries differ in the details of their programs, they often:

Such views—when held by influential people—are almost invariably associated with dire consequences.  In a few cases, the oligarchs might be content to merely disempower such courageous reformers through smears, harassment, and incarceration.  In most cases, however, the oligarchs murder them.

This assassination claim is not a mere assertion with a high probability of being true.  It is, rather, an incontesable fact belonging to the same category of assertions as “the sun will rise tomorrow,” and “the USA maintains hundreds of military bases throughout the world.”  Many have endlessly documented this assassination claim, drawing attention to an obvious, unmistakeable pattern that should suffice to convince any open-minded 5-year-old of its veracity.  If this is new to you, and if you have the courage to change your worldview and unblinkingly face pure evil, you might begin here, here, here, here, and here.

It takes extreme courage for an influential person to publicly accept the ubuiquity of political assassinations.  And yet, on June 3, 2015, former representative Ron Paul did just that, thereby lending such claims additional psychological support:

This in turn throws light on Alexey Mozgovoy’s death.  The prime suspects are the oligarchs, coordinating their actions the world over to enslave humanity.  The proximate perpetrators and planners could indeed be Russian, Ukrainian, Chechens, or American.  But it’s unthinkable that these minor players would have done so without the explicit or tacit approval of the chief oligarchs in the City of London andon in Wall Street.

“The slaying of this top battalion commander with a bomb and apparently finishing him and others off with automatic weapons bore all the telltale signs of outside interference. Such operations take intelligence and planning, and the plan of action executed indicates that American special services, whose playbook is now practically public property, were behind it. . . .  Having exhausted international goodwill by its actions, the US is pinning all its hopes on perpetual war. . . . His death is designed to show everyone that the West will always meet fire with fire.”

“War is the greatest injustice. We are not fighting the culprits. Those who pay, who incite, who use the media to make people turn against each other—this is who we should fight against.”

According to one internet report, after Mozgovoy’s murder—which itself involved a direct application of the decapitation strategy (a favorite of the CIA and other death squads)—his followers came out with an explicit call for the formation of an Al-Sabbah Brigade:

“Today, the officer backbone of our battalion has been created. We need volunteers. We need volunteers who have military training, or have combat experience. Preferably spetsnaz [special forces], preferably intelligence, preferably spetsnaz VDV [airborne special forces]. We take the responsibility to eliminate the leaders of the Nazi junta, wherever they are. At any time of day or night, in any weather, at any point in Ukraine. We also undertake the responsibility to support the anti-Nazi underground movement in their resistance against the Nazi junta.”

“Associates and colleagues of the murdered Ghost Brigade commander Alexey Mozgovoy announced the formation of a separate special purpose reconnaissance and sabotage Pechersk battalion which will be named after the deceased commander. . . .

“The fighters set the goals to eliminate the leaders of the Kiev junta and ‘intend to liberate Ukraine from the stranglehold of the oligarchs, corrupt officials, and all who sold out the interests of the people.’”

Some observers might argue that the Ukrainian oligarchs, vile and greedy as they are, should only serve as secondary targets.  Their bosses—the would-be kings of the planet—reside elsewhere.

Some revolutionary strategists believe that it is precisely the Mozgovoy’s strategy of targeted assassinations that could save the world.  According to this view, the oligarchs have by now grown too powerful for demonstrations, violent uprisings, civil disobedience, electoral campaigns, or pacific appeals.  Dissidents anywhere must overcome their qualms and wholeheartedly embrace the highly-successful oligarchs’ own decapitation strategy.

It is precisely this Pechersk (or Al-Sabbah) strategy, I feel, that is an important legacy of Alexey Borisovich Mozgovoy.