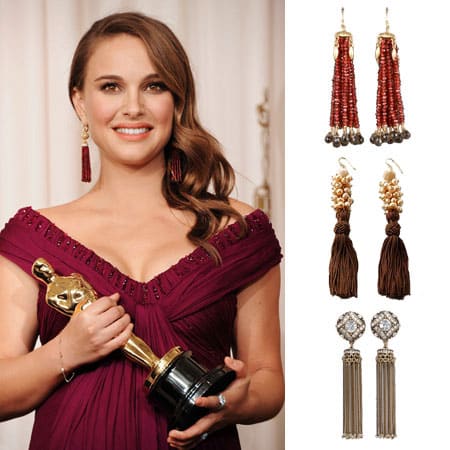 Sometimes members of the Dreadful Few will tell a little bit of truth in a swamp of lies. Last month, Natalie Portman declared that the Oscar statue is actually “worshipping gold idols…That’s why it’s not displayed on [my] wall. It’s a false idol.”[1]

True. But Portman, who has recently admitted that she got into Harvard because she was famous,[2] could never ask the deeper questions because that would almost certainly get her into trouble. Who is actually jamming this “false idol” down everyone’s throat? Well, to see the whole scope of the issue, let us bring in Louis Mayer biographer, Scott Eyman. Keep in mind that Mayer was the creator of the Academy Award.

“I found that the best way to handle [moviemakers] was to hang medals all over them. If I got them cups and awards they’d kill themselves to produce what I wanted. That’s why the Academy Award was created.”[3]

Remember people like Michael Jackson and Heath Ledger? Remember how Ledger prostituted himself in Brokeback Mountain? Remember how both Jackson and Ledger became walking drug addicts? Remember how “The Industry” eventually killed them both?[4] Both men got their seasonal fame and amassed numerous awards from “The Industry,” but both men ended up dying miserably and pathetically.[5]

By the way, the dialogue between Batman and the Joker in the Dark Knight was taking from Satanist Alan Moore’s Batman: The Killing Joke. In fact, Ledger admitted that he was given a copy of Moore’s Batman.[6] Although the filmmakers say that The Killing Joke was only one of the resources they used, the striking similarities between the movie and the graphic novel are too many to dismiss…or detail here. I’ll just mention two of the most obvious.

First, the interrogation scene between the Joker and Batman is taken straight from the graphic novel, although director Christopher Nolan and his crew dressed it up a little. Second, the final conversation between Batman and the Joker is again a dressed up version taken directly out of the book.

In The Dark Knight, the Joker tells district attorney Harvey Dent, who is a heroic figure in Gotham, “Introduce a little chaos. Upset the established order and everything becomes chaos. I am an agent of chaos.” Unfortunately, after an accident, Dent follows his advice, introducing “a little chaos” by killing anyone he thinks did not help him during the explosion that injured him.

The moral of the story? DMX understood that a long time ago: “The Industry” wants new and improved “artists”—dead or alive—to sell their souls to survive. If those “artists” end up dead or being miserable, so what? Who cares? “The Industry,” DMX tells us, “don’t give a fu$k about you!” If you think this is not true, listen very carefully to director and writer Clive Barker:

Slowly but surely people who have been duped by “false idols” and “The Industry” are finding out that people in “The Industry” don’t really care about them. Kylie Jenner seems to be a classic example. Reacting to her father’s new name and image (Caitlyn Jenner), Kylie lamented,

“I feel like I go through these times where I hate myself.”[8]

Well, we have been saying for quite a while that you cannot deny the moral order and the essence of being human and still remain a fully functional and rational person. And once you deny the moral law, you are indirectly denying your own existence and essence. John Adams understood that principle pretty well.

The reason that Kylie hates herself is because she and her family have been fighting against the moral and existential order for a long time. Remember how Kim Kardashian broke the Internet with her derriere last July? Now listen to Fox News:

“Reports say that at least six companies are interested in a sex tape featuring the younger Kardashian star, with one reportedly offering the tall beauty $1.8 million to star in a video with a partner of her choosing.”

The bigger question is this: how did the family get so rich in a relatively short time? Perhaps Kanye West has the answer:

“I sold myself to the devil. I knew it was a crappy deal but at least it came with a few toys and a happy meal.”[13]

That certainly is a bold statement, and one shouldn’t quickly jump to its literal meaning. But if Christ’s litmus test is right—that one ought to judge a tree by its fruit—then the puzzle can be solved by posing a simple question: what are the fruits that West has produced over the years? Well, look at his music:

Kanye West and others may enjoy their “toys and a happy meal” for now, but surely they will end up saying either directly or indirectly that “The Industry,” to quote again DMX, “don’t give a fu$k about you!”

Michael Jackson ended up singing about the same thing before he met his untimely death:

In short, “The Industry,” which is “a false idol,” only cares about getting the almighty dollar, and they have done this sophistically and through corruption. Their targets are young people and precious and innocent children. Don’t be one of their victims.

[8] Quoted in Amanda Michelle Steiner, “Keeping Up with the Kardashians Recap: Kylie Jenner: ‘I Go Through These Times Where I Hate My Life,’” People magazine, May 24, 2015.