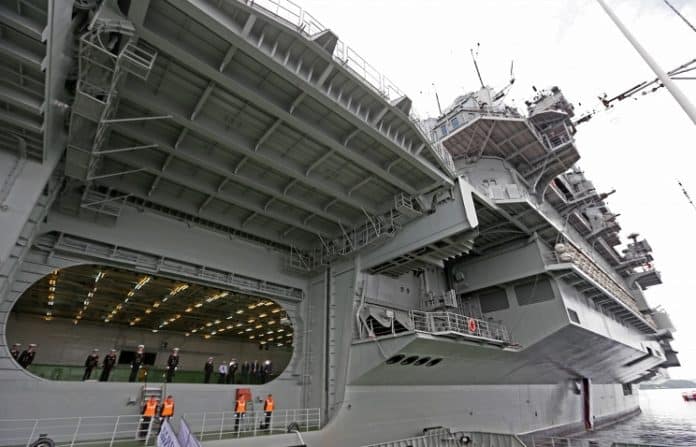 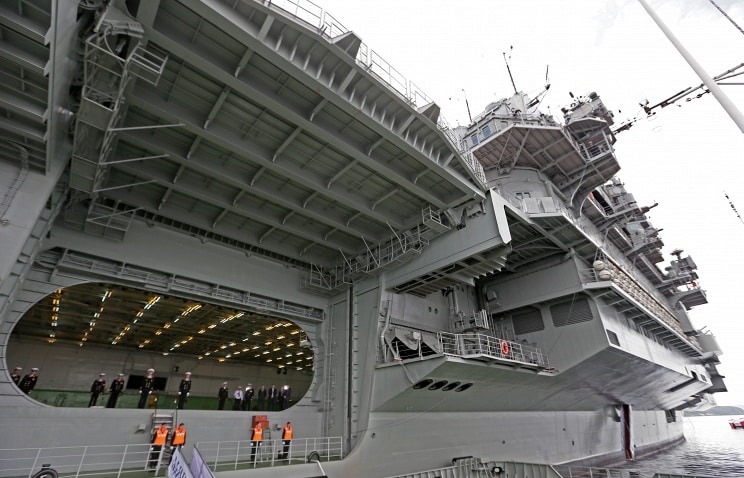 [ Editor’s Note:  , where even American contractors often have huge problems with cutting edge new weapons systems. And an aircraft carrier larger then the Nimitz just might give the Russian navy a hard earned lesson.

That said, Russian engineers are famous world wide. When their top rated universities kept graduating them during their tough post Soviet transition years, large numbers of them emigrated and  are expats in countries all over the world. I have one as a neighbor.

Once you have a huge aircraft carrier built you then have to be able to run it, which also is a huge challenge with no current experience other than the old Soviet era ski ramp launch one the Russians have. When you add night operations onto that the challenges are immense.

These huge carriers are also big targets and suck up huge naval resources where one carrier battle group nuke can send it all to the bottom. This might turn out to be their F-35 fighter disaster. We will have to wait and see, and we may be waiting a long time. For my money I would have put this $5 billion into more T-5o fifth generation fighters. But they never ask me…. Jim W. Dean ]

Russia’s defense and industrial sector is developing a promising aircraft carrier for the Navy worth up to $5.6 billion, which has no analogs in the world, Northern Fleet Commander, Admiral Vladimir Korolyov said on Monday.

The new aircraft carrier will enable the Russian Navy to operate more effectively, the admiral said, referring to the developments by the Krylov Research State Center in St. Petersburg but gave no estimates for the new ship.

The center’s developments are known under the codename Project 23000E Storm.

“Considering that the Northern Fleet forces perform a great variety of missions in the distant Oceanic zone, the presence of an aircraft carrier in the fleet in the future will help address these tasks more effectively,” the admiral said.

‘In a perspective, however, we should have a full-fledged aircraft carrier complex in our fleet surpassing world analogs by its characteristics. This is required by new challenges and threats emerging in the world,” the admiral said.

“If we speak about what kind of an aircraft carrier the fleet needs, this should be a ship corresponding to the requirements of tomorrow rather than of today,” the Northern Fleet commander said.

Its development will take about ten years. However, there are no technical specifications for a ship of this class so far, Vlasov said. Nevertheless, aircraft carriers have been included in Russia’s shipbuilding program until 2050.

The Nevskoye Design Bureau, which is Russia’s sole aircraft carrier designer, is carrying out preparatory works on this project.